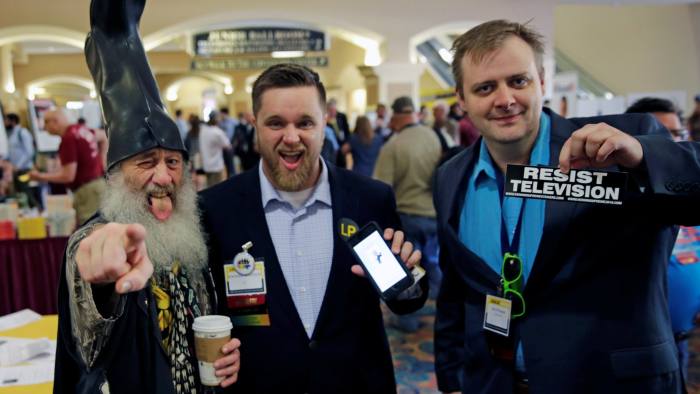 Colorado Springs — A major and historic Libertarian victory was decided this week when Steven Lowe, a member of the Libertarian Party of Colorado was elected as the Treasurer of his neighborhood HOA. Lowe attributes his victory to “not being a shitty neighbor.”

Neighbors were enthusiastic about electing Stephen Lowe to the HOA board. Cynthia Meyer who lives two houses down from Lowe told The Libertarian Republic, “He keeps to himself. His beer bottles stay in his own yard, and he’s promised to greatly reduce our HOA fees. Maybe the richer neighbors can pick up the tab.”

However, Lowe has different plans for the HOA.

He told the Libertarian Republic that his goal isn’t to reduce the HOA fees for some and redistribute them to others. He wants to eliminate them entirely. “I’m going to dissolve the entire damn HOA,” Lowe told us.

He continued, “We pay nearly $80 a month, and for what? To remind us to mow our lawns? To tell me what color my house can be? If I want to paint my house plaid with a mural of Thomas Sowell on my garage door, then I’m going to do just that.”

Libertarians across the country praised his historic election as a monumental step forward for the party.

Revealed: How Tevfik Arif’s Bayrock Group Made It Big in America