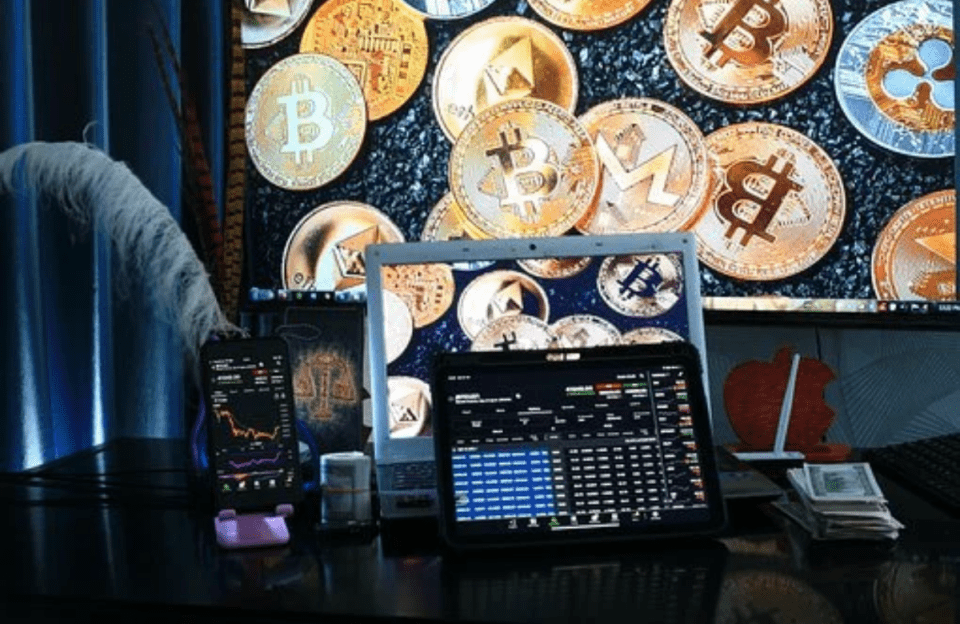 The COVID-19 pandemic has had a devastating impact on the world’s economy. The Consumer Price Index (CPI) rose by 5.4% from the previous year, with a third of it being caused by the prices of used cars and trucks due to a global semiconductor shortage as a result of the lockdowns. However, consumers have also felt the price increases in other markets, such as food, rent, and gasoline.

While some economists say that these are temporary price increases, others remain concerned about America’s current fiscal policies. As an average consumer, you may be seeking a way to protect your assets from inflation and diversify your portfolio.

While you can invest in mutual funds or real-estate, there are those who look to other investment opportunities. On one side of the risk-reward spectrum are cryptocurrencies such as Bitcoin and Ethereum, while on the other there is traditional gold bullion—both with their own advantages and disadvantages. So, which of these is better for you?

Bitcoin to the Moon

The story of this cryptocurrency is a fascinating one, being started in 2009 by the mysterious Satoshi Nakamoto. The main appeal of the currency itself stems from the fact that it is decentralized from any specific government. It is decentralized by being stored on a collection of computers worldwide, which are called “nodes”. Bitcoin is stored in blockchains, which is basically a complicated ledger of all past transactions. Since they are all available publicly and all of them are updated in real-time, it is impossible to manipulate the currency unless one person has control of the majority of the nodes. Even then, the number of nodes is growing, further reducing the risk of such hijackings.

Another appeal of the virtual currency is the anonymity provided. While Bitcoin wallet addresses obscure the sender and recipient in each transaction, they are not private. As mentioned, all transactions are public so all that is needed to catch a criminal is to link the address to the people involved. This usually happens if a criminal tries to convert a large amount of the cryptocurrency into dollars, which would raise red flags and result in the person being discovered.

There are only 21 million available Bitcoins in existence, and while the reasoning for such a specific number remains in dispute by economists and mathematicians, what is clear is the fact that by participating in a process called ‘mining’ by having their computers solve difficult puzzles, users are able to add more bitcoins to the blockchain. However, every 210,000 blocks, the number of bitcoins received is halved. This process has generally occurred every four years or so, and the large amount of electricity required to power such computers, as well as the transaction fees, will make mining less profitable as a result.

But what about trading Bitcoin, instead of mining it—is it worth it? This is a major point of contention. By itself, Bitcoin has no inherent value, unlike stocks tied to a company’s potential earnings or a fiat currency to a country’s government. It has value because people believe it has value. While there are more than 15,000 merchants worldwide who accept the cryptocurrency, so far there is still not enough usage for it to replace traditional currencies.

The other major issue is the fact that it is too volatile for the time being. For many risk-averse people, this is not a promising venture, while more risk-taking individuals might find the thrill of watching the price of Bitcoin going up and down quite attractive.

Overall, the cryptocurrency seems to have some potential, even though its concept and volatility are difficult for many to swallow. Mining might make some economic sense, but not for long due to the diminishing returns of the whole process over time.

Throughout the history of mankind and across continents and millennia, people have had a shared obsession with gold. This was no doubt due to its chemical properties, natural beauty, inability to tarnish or oxidize, while being extremely malleable, making it an excellent material to be used for jewelry. The first known time it was used as a form of currency was in Egypt in 1500 BCE, and many other nations started doing so in the centuries that followed. Over time, the so-called ‘gold standard’ emerged, where an amount of paper money could be exchanged for a fixed quantity of gold. This meant that nations could not overspend the amount of money they had and had an incentive to maintain a balanced budget.

In 1792 under the Coinage Act, the United States established a silver-gold standard, which was switched to a pure gold standard in 1879. It is important to note that the disastrous switch to paper money was somewhat attempted during the Civil War, when so-called “greenbacks” were printed. Bankers opposed this idea, as the introduction of paper money would lead to the government’s involvement in markets and its bankruptcy if the war was lost. The greenbacks were not able to be exchanged for gold and silver, despite the fact that they were backed by them. Not surprisingly, inflation set in during the war, rising to 25% in 1863-1864.

World War I was the first major blow to the gold standard, not just for the United States but for the world as a whole, as countries had to be able to pay for their military expenditures. In 1933, the United States would start to significantly move away from the gold standard when Franklin Delano Roosevelt ordered Americans to turn in their gold to the Federal Reserve, while forbidding its export overseas. This was done to increase the money supply as per Keynesian economics and the price was set to $35 an ounce. Yet, in the decades that followed, America would stop maintaining gold’s value relative to foreign exchange and stopped attempting changing dollars to gold for official transactions. As a result, in 1976, the U.S. government severed all ties with the precious metal.

So, is gold worth investing in anymore? Well, that’s a tricky question. It is considered to be more efficient to invest in various gold stocks, than bullion itself due to the higher ROI. Since those stocks are directly correlated with the price of gold, such high financial gains are indeed possible, with higher paying dividends adding more appeal to this investment opportunity. It is also important to note that gold has historically been an excellent hedge against the dollar.

However, the problem is that gold mining company stocks specifically are fairly volatile, so they are not the safest bet for a risk-averse demographic, even though some large companies may have their stocks go up even when the price of gold is down. So how does gold compare to the S&P 500? Over the five-year period from 2011-2016, gold went up in value by 42.5%, while the latter went up 100%. On the other side, over the ten-year period from 2002-2012, gold went up 441.5%, with the S&P 500 increasing by a measly 58%. This shows that gold, like any other investment, makes sense if it is priced low and is expected to go up in value.

Should you buy physical gold bars? Generally, it is safer to invest in gold-related stocks than in physical bullion, due to risk of theft and the physical burden of having it taking up space. However, it is still possible, although there will be additional costs for storage, transportation, as well as insurance and processing fees. The general rule is that the metal needs to be 99.5% pure for it to have the most value and should have mints from the manufacturer, with the weight, and purity stamped on it. Gold should also be bought in workable sizes, so that it is easier to sell in larger quantities at once. Due to these constraints, pursuing this method is generally ill-advised. Overall, gold related stocks and bullion itself can be a decent way of preserving one’s wealth, with its own advantages and disadvantages, and is a good way to diversify one’s portfolio.

So, Which One is Better?

With the current economy facing a slower than expected recovery and Biden willing to pump the economy with even more money, staying away from the dollar is a smart move. Cryptocurrencies are more popular with younger investors. Their appeal may be due to being new, exciting and easier to understand. Bitcoin is risky and volatile, so one has to use caution when investing in it, but the upside is higher possible returns and it is easier to follow.

Gold in general is more complex, and whether one invests in gold mining company stocks or bullion, there will be different risks and rewards with each. As a result, a more experienced investor might do better with this form of investment. It is good practice to make high-risk investments earlier in life, due to higher earning potential, and safer ones later in life.

It is difficult to choose whether Bitcoin or gold is a better option, as both perform differently in rising or falling economies and each person has a different risk assessment. Overall, both would likely be good for a diverse portfolio.

This information is the author’s opinion only and should not be taken as investment advice.

How to Protect Your Business from an Unexpected Crisis