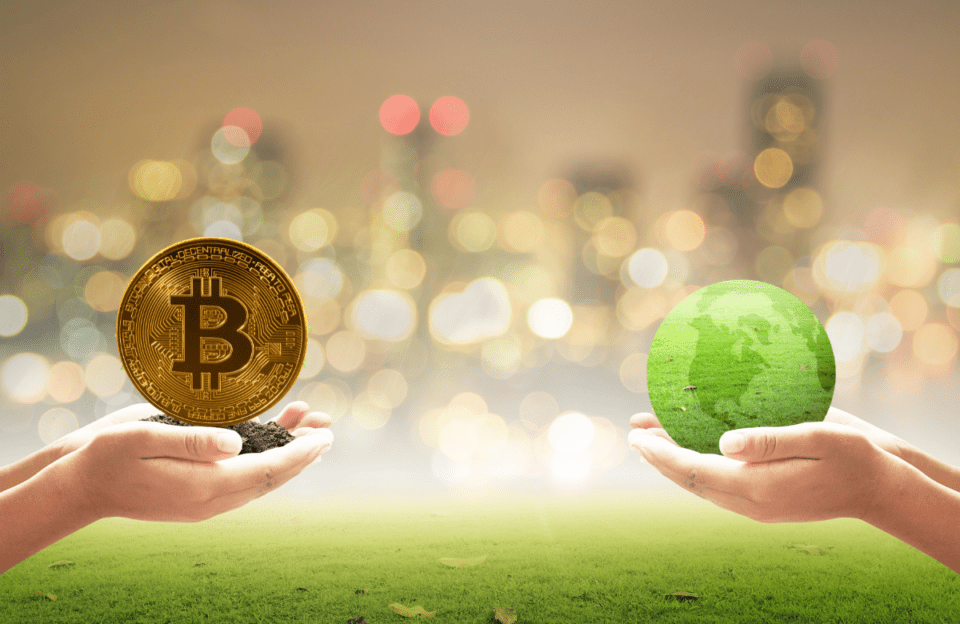 Elon Musk recently sent bitcoin prices plummeting when he announced that Tesla would no longer accept the cryptocurrency, citing concerns over the environment.

“Energy usage trend over past few months is insane,” said Musk, one of bitcoin’s highest-profile supporters, in a May 12 tweet.

Musk’s about-face prompted criticism from the crypto community, with some stating that SpaceX would need to switch from rocket fuel to a “more sustainable energy” if Musk wished to not “look like a clueless big hypocrite.”

In the wake of Musk’s tweet, bitcoin underwent a selloff that saw prices plunge from $55,000 to $49,500 in about two hours—a slide that has continued since.

Is Bitcoin Bad for the Environment?

Musk isn’t the only person worried about the amount of energy bitcoin uses. During a February interview with CNBC’s Andrew Ross Sorkin, US Treasury Secretary Janet Yellen offered a similar sentiment.

“It’s an extremely inefficient way of conducting transactions, and the amount of energy that’s consumed in processing those transactions is staggering,” Yellen said.

“Bitcoin uses more electricity per transaction than any other method known to mankind,” the billionaire told Sorkin in a ClubHouse session.

Carol Alexander, a professor at the University of Sussex Business School, agreed. In a recent CNBC interview, Alexander said that crypto’s mining “difficulty” — a computational metric used to measure how much effort it takes to mine bitcoin — has been surging the last three years.

“More and more electricity is being used,” Alexander told CNBC. “That means that the network difficulty will also be going up (and) more miners are coming in because the hash rate’s going up.”

What the Numbers Say

There’s no question that bitcoin uses a lot of energy. Its defenders point out this is what makes the cryptocurrency so secure. But a recent study points out that bitcoin’s energy usage stacks up well to its competition—and then some.

In May, Galaxy Digital, a cryptocurrency firm founded by venture capitalist Michael Novogratz, released a paper that compared bitcoin’s energy usage to the industries that are considered its primary competitors—the traditional banking system (for savings and payments) and gold (as a value store).

That’s a lot of energy, to be sure. But the authors point out there’s an important distinction many are missing.

“Given Bitcoin’s transparency, it is easy to estimate Bitcoin’s energy usage,” the study’s authors point out. “This results in frequent criticism of Bitcoin, but these critiques are rarely levied against other traditional industries. “

One of the reasons you hear much less about the energy consumption of the banking and gold sectors is that, unlike bitcoin, these industries do not disclose their energy footprints to the public, the researchers pointed out.

“If we want to have an honest conversation about Bitcoin’s energy use, it seems appropriate to consider it in light of the industries it is most often compared to,” the researchers said.

Gold was slightly lower than banks, with an estimated 240.61 TWh/yr, but still roughly twice that of bitcoin. (You can learn more about the researchers’ methodology in the report.)

“These estimates may exclude key sources of energy use and emissions that are second order effects of the gold industry like the energy and carbon intensity of the tires used in gold mines,” Galaxy researchers noted.

One could reasonably ask, of course, if this favorable comparison would continue if bitcoin were to become adopted as widely as fiat moneys currently are. The answer appears to be yes for a couple of reasons.

First, the vast majority of electricity bitcoin uses is consumed in the mining process, so more exchanges of bitcoin will not result in a surge of electricity consumption.

Second, mining reward mechanisms and energy consumption are evolving. Bitcoin mining is complicated stuff, but one thing we know is that only 21 million bitcoins will be produced. Ever. About 18.7 million of these bitcoin have already been mined. Well before the last bitcoin is mined in 2140, however, the mining process is expected to shift. Crypto analysts say the process will likely be more efficient and less exhaustive as rewards for mining decrease and transaction fees play a larger role.

“That could eventually include a switch to a more environmentally-friendly consensus mechanism like proof of stake or another successor to proof of work,” Luka Boškin, CMO of crypto trading platform NewsCrypto, told Decrypt.

Moreover, engineers say the high electricity use becomes less of a concern as more and more mining is done in places where electricity is cheap and clean.

“Not all types of energy generation are equal in their impact on the environment,” wrote Katrina Kelly-Pitou, an energy systems strategist and University of Pittsburgh researcher, in a 2018 article for The Conversation; “nor does the world uniformly rely on the same types of generation across states and markets.”

“In Europe, for example, Iceland is becoming a popular place for bitcoin mining. That nation relies on nearly 100 percent renewable energy for its production. An abundant supply of geothermal and hydropower energy makes bitcoiners’ power demand cheap and nearly irrelevant. Similarly, in the hydropower-driven Pacific Northwest, miners can still expect to turn a profit without contributing heavily to carbon emissions.”

In his celebrated work Denationalisation of Money, F.A. Hayek argues that one of the most important lessons of human history is that governments inveterately debase currencies.

From Ancient Rome to the great powers of the twentieth century, Hayek saw that governments simply could not help themselves from manipulating currencies in ways that erode their value.

“[S]ince the function of government in issuing money is no longer one of merely certifying the weight and fineness of a certain piece of metal, but involves a deliberate determination of the quantity of money to be issued, governments have become wholly inadequate for the task and, it can be said without qualifications, have incessantly and everywhere abused their trust to defraud the people,” Hayek wrote.

The great economist dreamed of a day when governments no longer monopolized currencies.

As fate would have it, we’ve found a way to do precisely what Hayek dreamed. There’s no question that bitcoin uses a lot of energy, though not nearly as much as its competitors.

But life, as any economist knows, is all about tradeoffs. The question is: do the benefits of bitcoin outweigh its costs?

If it can solve the problem of government monetary debasement, that answer is indeed a definitive yes. Herr Hayek would no doubt agree.

Crypto Trading Signals – How They Work