Feminism is a movement that has turned into nothing more than an assault on masculinity by easily triggered busybodies who are hell-bent on destroying everything they perceive as male.

From the #MeToo madness to the fat-shaming movement and the gender pay gap myth, there seems to be no end to their outrage.

With this abundance of outrage on their end, I thought it might be fun to give you a list of five songs I think will trigger a feminist.

1. “A Bitch Iz a Bitch” by NWA
This Hip-Hop classic is sure to make feminists’ heads explode just by the title alone. In the song, Ice Cube takes the lead describing all the different categories and qualifications of a bitch. You could say he calls it like it is. Feminists likely will hate this song. The modern feminist movement fits Cube’s description of a bitch to a T. As he says, “Are you the kind that won’t blink? Cause you think your shit don’t stink?”

2. “Runnin’ Block” by Toby Keith
This humorous country ballad tells the story of a man who tries to do his friend a favor by agreeing to a double date, but soon finds out he got a lot more than he bargained for.. about 215lbs+ worth. After his buddy goes to get frisky with his date, Toby spends the entire time running away from a hefty chick who wants a lot more than a little smooch. In the age of “fat-shaming,” Feminazis will likely have more than than a few bones with this song.

3. “Gold Digger” by Kanye West ft. Jamie Foxx
In this little ditty set to the tune of Ray Charles’ “I Got a Woman,” Ye talks about the trials of being with a woman “Who ain’t messin’ with no broke niggas.” This is sure to unleash feminist rage in the age of third-wave feminism because Yeezy talks about a woman who takes advantage of a man for 18 years, spending child support money on her expensive lifestyle. After 18 years of supporting a kid the man thought was his, he thought the kid belonged to another man. Ye advises men not to be punks and get a prenup to avoid this kind of situation.

4. “Who’s Your Daddy”
Toby makes the list for a second time with this country toe-tapper about a woman who always comes running back to him after she keeps screwing up her love life. Needless to say, she knows who “butters her bread.” Feminists will get a little hot under the collar as they see men and the patriarchy as the source of all the world’s problems. In a world where feminists refuse to acknowledge the differences between men and women, I am sure they will call this song an assault on womanhood.

5. “Luck Be a Lady” by Frank Sinatra
I can hear it now. The way the “woke women” of the Left will rant and rave over the metaphors in this Big Band classic. Given the fact that feminists lost their minds last Christmas over “Baby, It’s Cold Outside,” I can only imagine what they would say about the play on words in this tune.

“A lady never flirts with strangers
She’d have a heart, she’d be nice
A lady doesn’t wander all over the room
And blow on some other guys dice
Let’s keep this party polite
Never get out of my sight”

I mean, isn’t that clearly a reference to men sexualizing women? “We all know what Frankie means when he says to blow on other guys dice?” It’s just another symbol of the patriarchy treating women as property, they’d say. On second thought, I better shut up before I give them new material.

There you have it, folks. Five songs that will make feminists’ heads explode. Perhaps if the good men of the world are going to get bashed anyway, we might as well get in a few laughs while we are at it. What do you say, gentlemen? 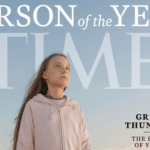 Trump Reacts After Greta Wins Person Of The Year, Says She Should ‘Chill’ Out 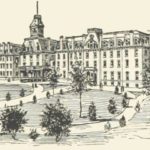