I thought I would take a break from politics for a bit, as this election cycle has beaten all of us down.

I was tempted to write a post mortem on the Trump presidency, but since that turd is still circling down the toilet bowl and no concession has been offered (or seems forthcoming), it might be able to wait until after January 20. That’s the soft deadline for that sort of piece, and possibly also the day he is frog-marched out of the Oval Office and handed over to the SDNY. Inshallah.

I thought I would comb through my somewhat vast music collection and pick out what I believe are the most libertarian songs.

My criteria include songs that reference:

Drug and/or alcohol use (or abuse)

Screaming into the godless void

Anything else that I think sounds freedom-ish because this is not a columnocracy; it’s a columntatorship. And I’m the columntator.

This is certainly not a definitive list. I’m a white guy who grew up in the upper South/lower Midwest and my background is largely classic rock, alternative, Top 40, and such. I’m sure I missed a lot of stuff, even in my own music collection. I welcome suggestions.

On the bright side, I’m not really a hipster douchebag, so chances are you’ve heard of many of these songs and artists.

Also, some of this is NSFW. Not a surprise for my content, but just so you know.

Let’s get into it:

I can’t help but think that this song was written about Dagny Taggart.

Don’t Tread On Me (Metallica)

No liberty song list would be complete without this absolute banger.

Don’t Tread On Me (Damn Yankees)

This is the lesser of the two “Don’t Tread On Me” songs on this list, released just a year after the other one. Ted Nugent’s always been a little touched, but this was almost twenty years before he went full Tea Party.

Don’t Tell Me (What Love Can Do) (Van Halen)

Mine All Mine (Van Halen)

What are the odds that Van Hagar would land not one, but two songs on this list? Pretty remarkable. I don’t think Sammy is a libertarian by any stretch, but he accidentally stumbled into it a couple times over the years. This song takes a big sloppy dump on at least two Abrahamic religions and asks for something more…personal.

This is so antisocial it could’ve been written by Ayn Rand.

Since we’re doing Fear, this is the most accurate song ever written about a hangover.

Take Back The Power (The Interrupters)

A powerful jam here. Sullied a bit by its appearance in a Hillary Clinton (!) documentary, but nobody’s perfect.

I don’t really know the politics of this band, but this makes me want to string up a tyrant or two.

One of the original hippie songs. I actually prefer the Soup Dragons cover from 1990, but to each his own.

I go to parties, sometimes until four
It’s hard to leave when you can’t find the door

From the underrated movie Running Scared. Which is a perfectly believable buddy cop movie, right up until the part where two dudes move down to Key West, buy a bar, and run around town on mopeds and roller skates together. Two allegedly straight dudes.

Trent Reznor is probably about as libertarian as Kim Jong Un, but this song always makes the list for:

A wonderful riot song. I mean, if you’re into that sort of thing.

I threw this one in just for fun, as libertarians are notoriously paranoid. Plus, he mentions the I.R.S.

Why this joker sounds British, and how he ever got Michael Jackson to do guest vocals, are two of the world’s great mysteries.

Oddly enough, this tune is very apparently popular as a funeral dirge in the United Kingdom. Oh, you cheeky Brits!

Looking Out For Number One (Honeymoon Suite)

Honeymoon Suite is basically a quasi-hair metal version of Loverboy. Regardless, this song will still make you want to flip off your boss and hit the road.

Probably the most banal song on this list, but essential nonetheless. Plus, the video does have one of the all-time great intros.

One of the original “I am who I am and you can get bent” songs.

Killing In the Name Of (Rage Against The Machine)

Politically speaking, they might as well be named “Rage In Favor Of The Machine”, but this song kicks ass regardless. I mean, how can you not love this:

Fuck you, I won’t do what you tell me

All I Wanna Do (Sheryl Crow)

I’ve actually seen the sun come up over Santa Monica Boulevard. It’s somewhat overrated. This song is not.

Much love to the Poet Laureate  of Kennett!

The video for this anthem to individuality is hilarious; the diminutive Mr. Joel strutting around with his Jewfro trying to look all badass in leather. Still a great song though.

I have actually mentioned this song in a prior piece. I was first exposed to it from a David Lee Roth cover version. I actually prefer Dave’s, but you have to give credit to the original.

You Can’t Kill Me (Mojo Nixon)

I could have picked maybe a dozen songs (or more) from Mr. Nixon that have a libertarian bent, but this one bleeds the most yellow and black of them all.

I’m exceptionally white even by white standards, but I am allowed to appreciate this song nonetheless.

The world is spinnin’, and Brad Delp’s less talented 1997 replacement is not afraid.

I don’t care much for country music, but I’m down with any song that mentions moonshine and illegal growing operations. Plus Mr. Earle is exceptionally interesting.

Cause I’m sick
And I’m tired
Of your whining, complaining
And bitching and moaning

See also: Out of Step by this same artist.

I Want To Break Free (Queen)

Speaks for itself, methinks.

The video would almost make one think that Freddie Mercury was gay or something.

There’s a whole lot to unpack in this one, but it boils down to:

Kind of an obscure one here, but one of my favorites from the middle-80’s. I can tell you this was a big Top 40 hit in the Cape Girardeau radio market in 1984.

Written as the Cold War was coming to an end, it advocates living in the moment. And it was a good moment.

Liquor & Whores (Bubbles and the Shitrockers)

Our favorite Trailer Park Boy’s ode to the good things in life.

This whole album was kind of weird and critically panned, but consider this: the first track is a truncated version of Gareth Branwyn’s prescient cyberpunk manifesto. That’s pretty amazing, considering the album came out in 1993. It almost makes you wonder if Mr. Idol had access to some sort of time machine and could see the future.

The consummate party animal manifesto; it really has everything.

Open All Night (The Urge)

If you don’t know The Urge, a St. Louis-based rock band, you should. This is their most hedonistic tune.

They are really good live. But don’t forget his pickle.

A bit of a deep cut for these cats, a “new” single tacked onto their 1992 “Greatest Hits” album. I think the title speaks for itself. Honorable mention to Arrested For Driving While Blind, perhaps the only song ever written extolling the virtues of drunk driving.

One of the very first songs to openly talk about getting high, while cloaking itself in plausible deniability thanks to the many grey areas of the English language.

The Man (The Killers)

This song exudes so much confidence and bravado it could almost pass for rap.

Like Mojo Nixon, several Rush songs could’ve made this list. This is my particular favorite. Honorable mentions to Red Barchetta and The Trees.

I could definitely chuck some tea into a harbor while blasting this one. There are some fun celebrity cameos in the video, too.

Parts of the video are shot at Pictured Rocks National Lakeshore on the upper peninsula of Michigan, one of the prettiest places on the planet. (At least in the summertime.)

My Head Hurts, My Feet Stink, And I Don’t Love Jesus (Jimmy Buffett)

The second most accurate hangover song on this list. And as a big Buffett fan, I thought I had to include one of his songs. Honorable mentions to Why Don’t We Get Drunk And Screw and also the somewhat rare unreleased Please Take Your Drunken 15 Year Old Girlfriend Home.

That’s it, though as always I’ll probably think of several more examples after this is published. And as mentioned earlier, I am very open to suggestions.

The next time I’m feeling lazy and self-indulgent, maybe we’ll talk about movies or books that have similar themes. And knowing my penchant for laziness and self-indulgence, that could be very soon. 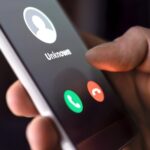 How to Protect Yourself from Phone Scams 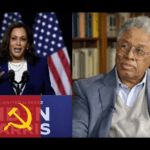 Be Free: A Libertarian Look At The Music Of Kemo The Blaxician