Kemo the Blaxican is one of the founding members of one of the pioneering Latin rap groups, Delinquent Habits. As a dedicated fan of Blaxican’s music, I have noted many of his songs are loaded with messages libertarians will love.

I’d like to take you on a journey a sampling of his some jams that speak of liberty in Spanglish.

“That’s When She Died”
This song has to be the most Libertarian rap song I have ever heard. It sends a powerful message concerning the abuse of government authority. Kemo’s lyrics speak of how the American government has betrayed the ideas of individual liberty, which were foundational to the creation of our Constitutional Republic for money and power. The song also samples audio from former Congressman Ron Paul speaking about defending our liberties. How much more Libertarian can you get?

“Be Free”
This song is sure to pull on the heartstrings of any liberty-lover as it hits on the foundational beliefs of Libertarians, the ability of all people to live free provided they don’t hurt anyone else. As the hook of the song says, “Kids, be free! Just don’t hurt anybody!” The song also speaks about making the most of your life instead of wasting it by making stupid decisions. I think it’s a song Steffi Cole would appreciate as she always reminds everyone to be free at the end of her videos.

“U Don’t Own Me”
Like the previous song, this one harmonizes with the heart of Libertarian thought. Self-ownership is a core belief of all Libertarians, and this Delinquent Habits track talks about living how you please and not giving a damn what anyone else thinks. The song samples Leslie Gore’s 1960’s hit of the same name and is a real headbanger with themes centering around self-ownership.

“Rebel”
A little rebellion is good now and then. The Blaxican spits hot fire on this number. Calling out the government and media for trying to control the people. Our battle is primarily on the battlefield of ideas as Kemo says in this anthem for liberty, “The mind is your gun, the trigger your tongue, fighting for freedom, the war has begun.”

Kemo “the Black Latino” has put some heavily liberty-themed rhymes on wax during his career and continues to make waves in the world of Hip-Hop with his signature Latin style. If you love liberty and rap, I’d recommend giving Kemo The Blaxican’s music a listen. His rhymes are hotter than Lady Liberty’s torch! 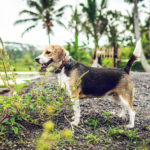 What Does CBD Oil Do for Dogs? 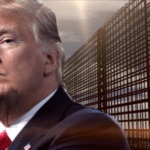