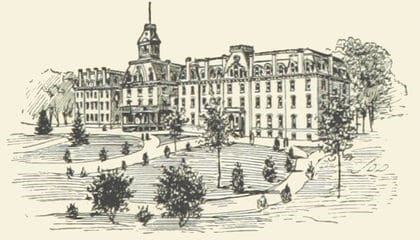 Black communities in America were not welcome to join the existing colleges and universities. Even when the opportunity to join these institutions presented itself, it came with a lot of discrimination. Hire professional essay writing services to enable you to dig into history and deliver a captivating paper.

American-black community, civil societies, and the government sort of providing some education to the black community. The Historically Black Colleges and Universities or HBCUs are all such institutions established before the signing of the Civil Rights Act of 1964. Since the scattered colleges and universities were not providing enrollment opportunities to black, the HBCUs stepped in, albeit with fewer courses and resources.

Richard is credited with being the brain and force behind the founding of the first institution dedicated to the education of blacks in American. Richard landed in Philadelphia in 1764 from the British Virgin Islands. He was at his teens but was appalled by the conditions of black slaves. He thought that the least these people would get was education to uplift their standards.

Richard was a vocal activist and donated both his time and resources to the abolitionist course. The Race Riots of 1829 in Cincinnati caused him to make a major decision that would change the direction of education among blacks. He changed the details of his will and allowed 10% of his wealth to be used in setting up an institution for training blacks. It amounted to $10,000 that would go into funding a school for agriculture, trade, and mechanical arts. The institution would train these blacks up to a level that qualified them to take up positions as teachers.

In 1837, the estate of Humphrey was provided the funds for the establishment of the Institute of Colored Youths in Philadelphia. It became the first higher learning institution in entire America dedicated and accessible to blacks. In 1904 the university relocated 40 miles out of Philadelphia, where it took ten years to be recognized as a university. Cheyney University today stands as a pioneer institution that took bold steps towards achieving racial equality.

The Human Rights Act of 1964 was forced upon Americans and is preceded by fierce fights over the rights of blacks to access education. What distinguishes HBCUs is the Higher Education Act of 1965 that defined the colleges as those that existed before 1964. Some date back to the American Civil War. There are other colleges and universities that have emerged to serve the black communities after 1964, but they do not count as HBCUs.

Pioneer institutions have enabled Africans to take a mainstream role in education in America. The colleges and universities have also pushed for more funding, grants, and scholarships to African Americans. Today, African Americans have an equal chance at education like any other race in America.

How to give back to your community