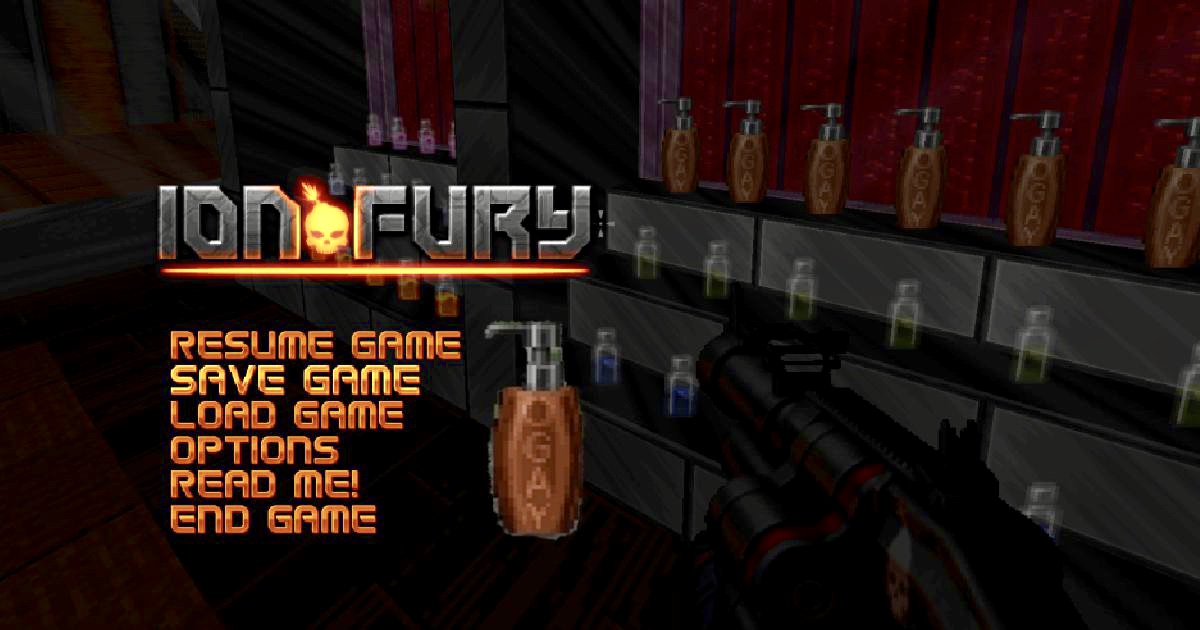 Developers Voidpoint and 3D Realms recently came under severe criticism for a joke gag described as “hateful and homophobic” in their new title Ion Fury.

After initially walking it back, the developers later responded to actual criticisms by fans and consumers that they were being artistically censored for wrong-think by instead keeping the content within the game.

This controversially hateful content? A shampoo bottle in-game changed from the name “OLAY” to “OGAY” as a teasing jab at users of the hair care product and a clever memetic style callback to the famously edgy Duke Nukem series.

This is on the heels of news breaking last week that private discussions between developers were “sexist, ableist, homophobic, and transphobic“, in which the developers responded by donating $10,000 to pro-LGBT non-profit The Trevor Project.

Of course, this decision to stand by the principle of free speech and the sanctity of offensive comedy as an art has had no shortage of backlash on Twitter from the blue check marks and PC Police:

The ion fury hate speech thing is obnoxious. Don’t support the devs. Deciding to put/keep hatespeech in a game isn’t brave, nor is it standing up to unrightful censorship. On a similar note: I’m always disheartened seeing that fucking never-funny scooter name still in GTA V, too.

Ion Fury, Voidpoint and 3D Realms aren't worth your money or time. What a bunch of craven, opportunistic shitheads.

In fact, the developers have taken the time to call out some of these verified professional games journalists. 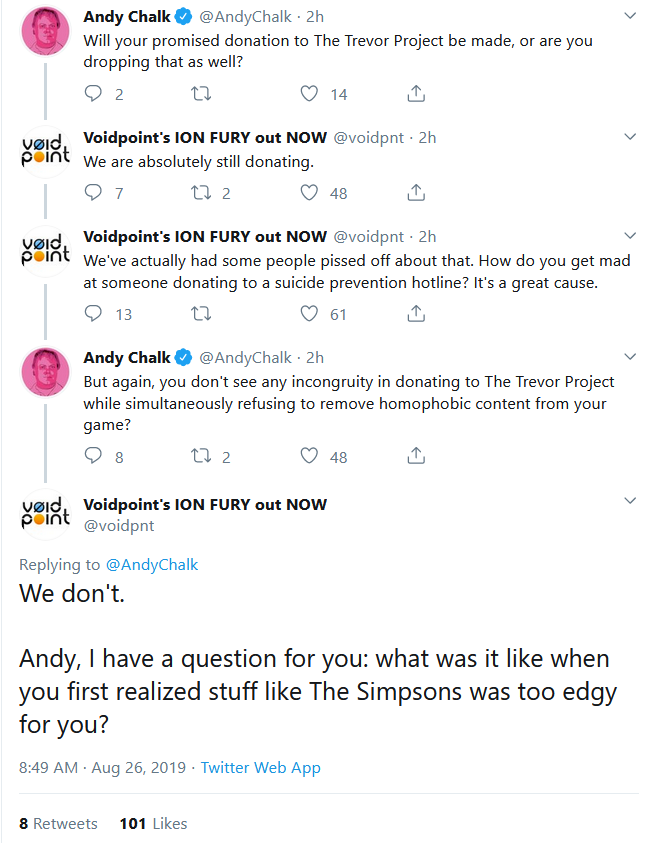 Of course, many players and content creators have come to the defense of the developers for their right to an artistic expression not in line with the cultural gatekeepers of the least fun parts of the internet:

If you refund and/or review bomb a game because of behind the scenes drama that you "politically disagree with" and would never have even noticed if it weren't pointed out to you, you're a myopic fucking twat

I’ve been a gamer long enough to remember seeing congressional hearings on violence in games, a lawyer constantly going after GTA, and xian groups going after gaming for “corrupting our youth”.

Now in 2019 a mob want to ban Ion Fury because of a play on words on a bottle.

Ion Fury is currently available for PC on Steam.  YouTuber, TheQuartering, gives a more comprehensive analysis of the controversy:

Joe Walsh Says His Radio Show Has Been Canceled