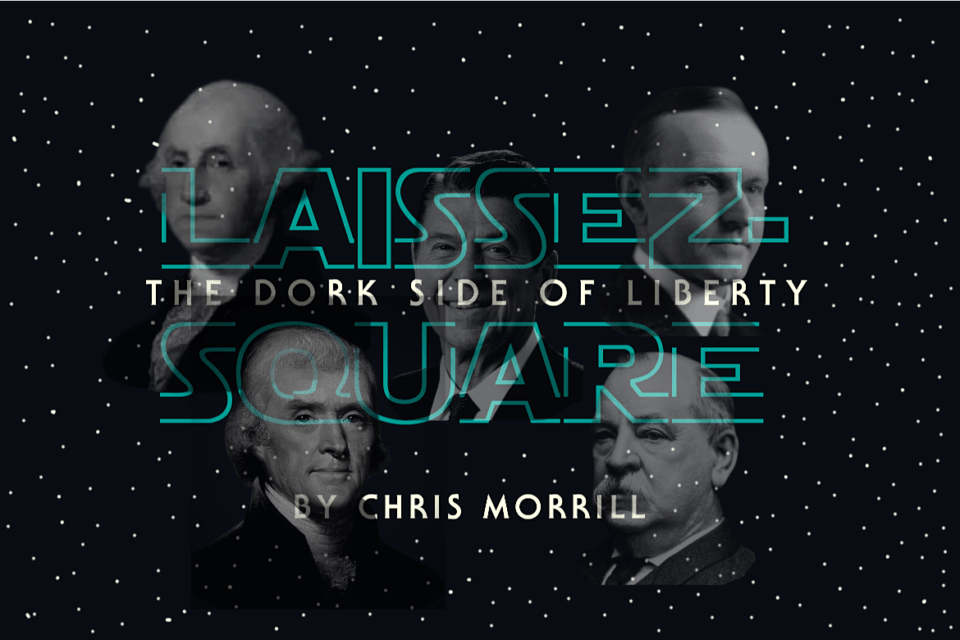 Last week, I presented a list of what I consider to be America’s worst presidents. It pleased virtually no one.

Not to be outdone, this week I will outrage you by flipping the switch and looking at America’s least offensive presidents. Notice I didn’t say “best”; they all kind of suck in their own ways. The best president would be no president at all. In lieu of that, we’ll lower the bar a bit and consider the presidents that did the least amount of damage.

Chronologically, here are the presidents that sucked the least:

Who are these guys? They are actually America’s first presidents, but those who served as “Presidents of the United States in Congress Assembled” under the Articles of Confederation. (I have a particular love for the Articles, including the odd little controversy over whether or not they are technically still in effect.)

The presidency under the Articles was a pretty useless position, kind of like a Prime Minister, but without any real executive power.

That actually sounds pretty good to me.

John Hancock is the one name on this list that pretty much everyone knows. Richard Henry Lee, however, may have somewhat more familial notoriety, as he is the first cousin twice removed of future Confederate General Robert E. Lee.

Now on to the least offensive “real” presidents under our current Constitution:

Basically, the first five presidents under the current Constitution minus John Adams. (Because he was a Federalist douche.)

Yes, they all owned slaves. But they were also all military or intellectual titans. Washington led the colonial armies to victory. Jefferson largely wrote the Declaration of Independence. (President Kennedy once said of Jefferson, at a Nobel Prize dinner, “I think this is the most extraordinary collection of talent, of human knowledge, that has ever been gathered together at the White House, with the possible exception of when Thomas Jefferson dined alone.”) Madison wrote much of the Constitution. Monroe was Jefferson’s protege and the wunderkind of the Founding Fathers.

It is hard to grasp how competent these men were compared to some of the absolute window lickers we have elected since.

Oh and since we’re talking about Founding Fathers: I don’t care how popular the play named after him is, Alexander Hamilton was a ton of bad news from a “big government” perspective. Aaron Burr—though certainly an asshole in his own right—did everyone a favor by putting a bullet in him.

The only president whose native tongue wasn’t English; he was raised speaking Dutch. (This would probably make him persona non grata with today’s MAGA crowd.)

Van Buren was a very hands off president, which is why he makes this list. He was a free trader, a deregulator, and a gold bug.

So naturally, the American people in their infinite wisdom kicked him out after one term. Because of course they would.

The man who beat Van Buren, Mr. Harrison is on this list solely because he served the shortest presidential term in history: exactly one month. He was inaugurated on March 4, 1841 and died on April 4 of that same year after catching a nasty case of pneumonia. The illness may have been brought on by giving a real stemwinder of an inaugural address outdoors in poor conditions.

He wasn’t in office long enough to really fuck anything up. So, good for him. And for us!

A Missourian and future Confederate, Mr. Atchison is mostly known for his claim to have served as president for exactly one day: March 4, 1849.

The reasoning is a bit convoluted. Outgoing President James K. Polk’s term expired at noon on March 4. Incoming president Zachary Taylor refused to take the oath of office on that day for religious reasons, as it was a Sunday. Atchison was serving as President Pro-Tem of the U.S. Senate, next in the line of succession, and afterwards claimed that he was technically acting president on that day.

A fun story regardless. The second best thing besides only serving for one day was that he may have slept through it.

Trivia factoid: Cleveland is the only president in history to serve two non-consecutive terms. He was elected, served a term, lost his re-election, but then ran and won again. (Hopefully President Trump isn’t aware of this remarkable feat.)

Essentially Martin Van Buren reincarnated, Cleveland was a hands off president. He was a veto monster, a fiscal conservative, a free trader, a fighter of corruption, and a gold standard advocate.

Coolidge served as Vice President under the notoriously corrupt Warren G. Harding, ascending to the Oval Office upon Harding’s untimely death in 1923.

Coolidge was famously not corrupt. Furthermore, his nickname of “Silent Cal” was well earned; he once wrote: “The words of a President have an enormous weight and ought not to be used indiscriminately.” What a novel idea; one our current president would have no appreciation for. Coolidge would’ve been a dud on Twitter. And that’s a good thing.

Silent Cal mostly just…got out of the way and let the Roaring Twenties happen. His administration also featured budget surpluses, income tax cuts, and deregulation. On top of all this, he was personally known as a humble but witty man with a knack for self deprecation.

Much like my thoughts on Lincoln last week, I’m probably going to get in trouble for this one. And I must admit that, since he was president during many of my formative years, I probably suffer from baby duck syndrome.

But I remember just enough of the 1970’s to remember how ghastly they were. The music (except for hard rock), the fashion, the home decor, and even many of the cars were just…awful. Every picture from that era looks like it was taken through a dirty ashtray. America struggled with the hangovers from Vietnam and Watergate plus the various weaknesses and malaises of the Carter presidency. Oh yeah, not to mention a rancid economy featuring stagflation, high gas prices, and out of control interest rates.

Reagan and the 80’s were the perfect tonic for Carter and the 70’s. Yes, he spent too much. He was a jingoistic social conservative. His administration was not without scandal and maybe he didn’t really know where he was sometimes (especially in his second term.)

But he stood up to Iran, cut income taxes, kneecapped the air traffic controllers union, bombed some folks who had it coming, oversaw a booming economy, won forty-nine states, told commies to go get fucked, and helped bring the Cold War to an end. He did all these things while projecting an air of optimism and grandfatherly good cheer.

Unless you were cloistered on a college campus (or maybe in a union hall) during the 80’s, chances are you were surrounded by people who thought Ronnie was an okay guy. Such was his appeal that he carried California, Illinois, Washington, Oregon, New York, and most of New England…twice. Nowadays Republicans aren’t even competitive in any of those states (save for maybe New Hampshire.) In retrospect, his coast-to-coast popularity was remarkable. I’m not sure we’ll ever see anything like it again.

It will be interesting to see if Joe Biden, who seems destined to be a one-term president one way or the other, can emulate some of Reagan’s sunny “fun grandpa” mystique.

Give Me Liberty: Could We Make Dueling Legal Again?