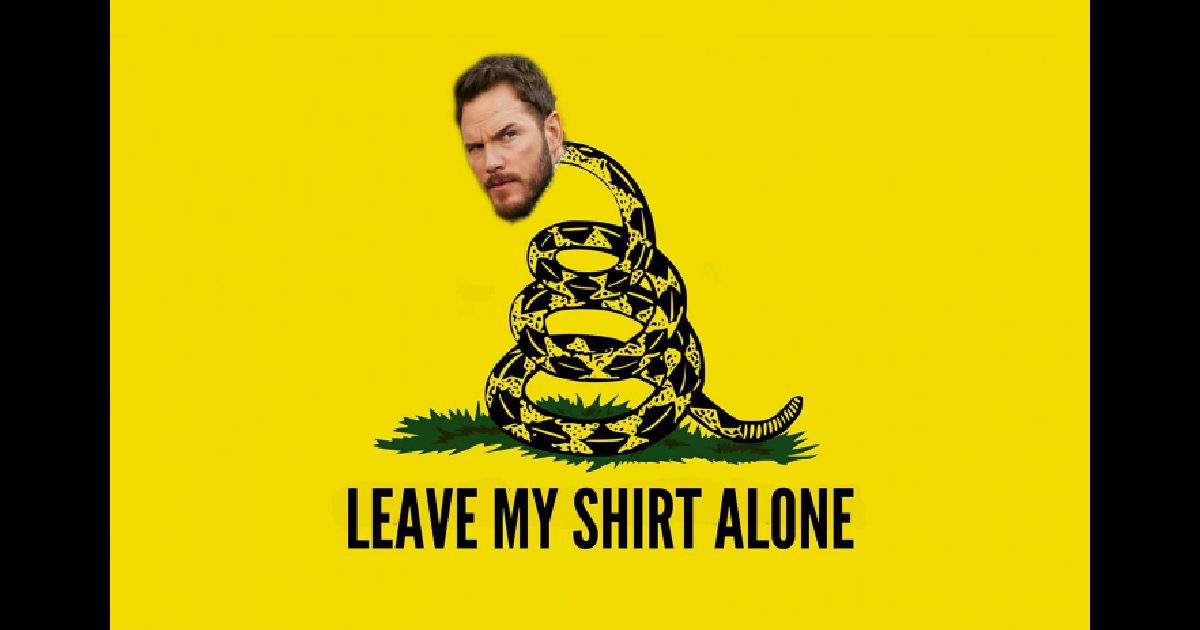 “Don’t Tread on Me,” reads the demand emblazoned on the Gadsden Flag.

A symbol as old as the American Revolution. A symbol of rebellion against the British Crown. A glaring example of white supremacy???

That is what you would think if you listened to the media’s latest attacks on actor Chris Pratt after he was spotted in a picture wearing a t-shirt with the coiled rattlesnake featured on the Gadsden Flag.

Yes, you read that correctly. In an article originally printed by Yahoo.com, Pratt was accused of being a white supremacist for wearing a shirt with a flag that represents individual sovereignty and rebellion against tyranny.

The media‘s attack on Mr. Pratt and his choice of garment not only puts Progressives’ lack of knowledge of American History on full display, but goes to show how unhinged the radical left has become.

The Gadsden Flag was designed by Colonel Christopher Gadsden of Charleston South Carolina, who presented the flag to Commodore Esek Hopkins, the commander of the newly formed American Navy established by General George Washington. In 1776, Colonel Gadsden sent a second flag of the same design to the South Carolina Congress when it convened in Charleston that year.

I would dare to make the argument that the Gadsden flag better represents American values and individual liberty better than the current American flag. The flag makes the statement that individuals will not tolerate a government which tramples upon their liberty. Liberty knows no bounds and is not limited to any particular race, class or creed.

Rebellion strictly for rebellion’s sake isn’t justifiable, but rebellion to preserve personal liberty is not only justified but morally necessary.

Unlike the rebellion of the Confederate States during the American Civil War, the American Revolution was a war that was morally necessary to preserve the natural rights of our forefathers.

Now, I know some of you may be thinking this was liberty for all white men. But, no, the overwhelming majority of the founding fathers acknowledged and fought for the liberty of all people.

Don’t believe me? Consider the fact that Thomas Jefferson listed the British Crown making it illegal to abolish the slave trade as one of the reasons for their separation from England in his first draft of the declaration.  Also, consider these words by a few of the signers of the Declaration of Independence on the evils of slavery.

“That mankind are all formed by the same Almighty Being, alike objects of his care, and equally designed for the enjoyment of happiness, the Christian religion teaches us to believe, and the political creed of Americans fully coincides with the position. . . . [We] earnestly entreat your serious attention to the subject of slavery – that you will be pleased to countenance the restoration of liberty to those unhappy men who alone in this land of freedom are degraded into perpetual bondage and who . . . are groaning in servile subjection.”-Benjamin Franklin

“Domestic slavery is repugnant to the principles of Christianity. . . . It is rebellion against the authority of a common Father. It is a practical denial of the extent and efficacy of the death of a common Savior. It is an usurpation of the prerogative of the great Sovereign of the universe who has solemnly claimed an exclusive property in the souls of men.” -Benjamin Rush

“The whole commerce between master and slave is a perpetual exercise of the most boisterous passions, the most unremitting despotism on the one part, and degrading submissions on the other. . . . And with what execration [curse] should the statesman be loaded, who permitting one half the citizens thus to trample on the rights of the other. . . . And can the liberties of a nation be thought secure when we have removed their only firm basis, a conviction in the minds of the people that these liberties are of the gift of God? That they are not to be violated but with His wrath? Indeed I tremble for my country when I reflect that God is just; that his justice cannot sleep forever.” – Thomas Jefferson

Yes, slavery wasn’t officially abolished in America until approximately 89 years later, but if you care to study the words and lives of many of the founders, you will see many of them devoted their lives to work to abolish the African slave trade. This alone disproves any suggestion that the American Revolution or any of the symbols of the colonists’ rebellion had anything to do with racism.

The media’s attempt to smear a man who certainly seems to be a morally upright individual could very well be because Mr. Pratt is quite open about his Christian faith, and so they assume he might be a person who believes in limited government ideals. This flies in the face of the socialist worldview of so many in the entertainment industry today.

Who knows? I do know one thing for sure, however – that the article written at Yahoo.com is not only a poor excuse for journalism, but the author also appears to be ignorant of the values that built the American Republic.

As a passionate warrior for the cause of personal and economic liberty, I stand in solidarity with Chris Pratt. I admire his boldness to state what he believes while still being loving and kind. I stand against the collective who wish to suppress the spirit of 1776.

Thomas Jefferson said it best when he said, “I hold it that a little rebellion now and then is a good thing, and as necessary in the political world as storms in the physical.”

If you think a flag which represents individual sovereignty and resistance to tyranny means I support white supremacy you need a history lesson. I have your back @prattprattpratt! #DontTreadOnMe #GadsdenFlag #liberty #individualsovereignty pic.twitter.com/AKulmZgwzK 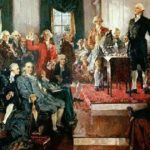 For Whom Did We Form a Government? 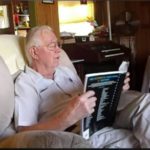 The Shocking Tale of Rising Elder Abuse in the U.S.

Chris Pratt Responds to Ellen Page: Everyone is Entitled to Love