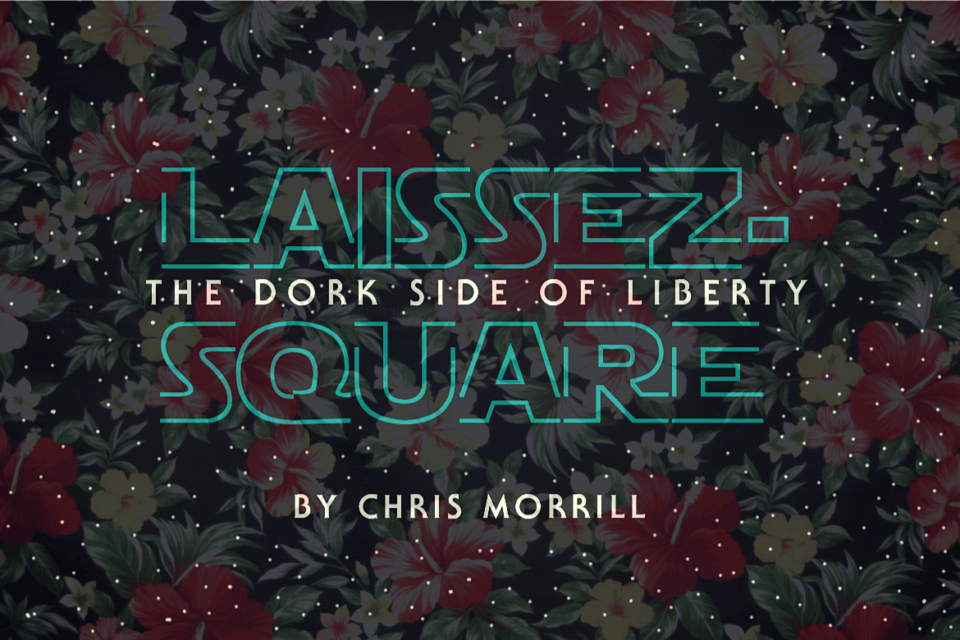 While I love my aloha shirts and Gadsden flags, I’m also a Libertarian who loathes the current Republican Party and its de facto conspiracy theorist-in-chief, former President Donald J. Trump. (It feels good to say “former President.”) I’m philosophically boogaloo-friendly, but the boogaloo needs at least a little context.

In other words, not all boogaloos are created equal. I could conceivably support storming the Capitol for any number of reasons. Storming it because the worst president of my lifetime (and maybe every lifetime) lost an election…well, that’s a bridge too far.

How did tacky Hawaiian shirts become associated with right wing lunatics in the first place? The Associated Press did a piece about this a few weeks ago that a friend (and follower of this column) forwarded to me. It largely focuses on the disdain native Hawaiians have for all this. Well, I identify as an Ozarkian-Polynesian-American, and I feel their pain.

Long story short, “boogaloo” represents a very broad right wing movement advocating an overthrow of the United States government via a Second Civil War or perhaps a Second American Revolution. Wikipedia has some thoughts on the boogaloo and its nomenclature here. As with many things on the right (and on Wikipedia), it’s convoluted and confusing.

If I understand it correctly, the coining of this “boogaloo” goes a little something like this:

A desire for Civil War II + a really shitty eighties breakdancing movie = boogaloo, which roughly translates to big igloo, which translates to big luau, and big luau translates to Hawaiian shirts…or some such thing. I don’t know. It’s exhausting. Regardless, the end result is window lickers and wankers co-opting my favorite articles of clothing and my favorite flags, and I’m not having it.

Why are Hawaiian shirts so close to my heart? Allow me to explain.

I have always been somewhat fashion-impaired. In my school days, I would occasionally try to be “cool”, but I was seemingly always a year or two behind the hippest trends. I wore all of the really embarrassing shit in the eighties at some point or another: parachute pants, jean jackets, white “Miami Vice” jackets with the rolled up sleeves, penny loafers with no socks, cuffed pant legs, etc. I always had the sweetest British Knights sneakers and usually managed to wear Levis instead of Wranglers or other allegedly inferior jeans. None if it made me feel like I belonged, and it didn’t get me many chicks either. (I’m sure my sparkling personality was totally not a factor in any of this.)

In college and adulthood, I completely stopped trying to be cool and just started doing my own thing. As military folks might say, I decided to embrace the suck. As I staggered into my late thirties, my beleaguered wardrobe consisted almost completely of:

(What would one even call this aesthetic? “Hoosier Hawaiian?”)

Hawaiian shirts in particular became a big thing for me for several reasons:

At some point I ended up with over sixty Hawaiian shirts. And I wear them. Almost daily. If you’ve ever uttered the words “I collect Hawaiian shirts” on a first date, as I have, maybe it’s no small wonder that you didn’t get married until you were in your forties.

And as far as rattlesnake flags go, suffice to say, I’ve always been a big fan. They represent a big middle finger to government and authority, without getting tangled up in all the negative stuff associated with the Confederate battle flag. The Civil War is and was (by definition) divisive; the Revolutionary War, hopefully not so much. Plus, they just look cool as hell.

I even have the “Don’t Tread On Me” Missouri specialty license plates. (I know, paying government to protest the government is rather silly. But our liberal friends in D.C. do it too.) 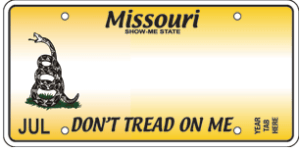 (Our Editor-in-Chief is also succumbing to this apostasy, having recently ordered her own such license plates.)

Apparently there were no real libertarians in Missouri. Until now.#EndtheFed 🙌🏼☺️ pic.twitter.com/zOgTskQjYw

In early 2005, I commissioned a cartoonist acquaintance to make a superhero-style avatar for me. The instructions were as follows:

His costume would include:

1) A super dark pair of Wayfarer sunglasses (a la “The Blues Brothers”)
2) A really tacky Hawaiian shirt
3) Knee length blue jean shorts
4) Sandals
5) And some sort of long flowing cape, made out of either a First Navy Jack flag (“Don’t Tread on Me”) or perhaps a Confederate battle flag, if I’m feeling frisky.
6) And a bottle of Stag beer hanging from his utility belt, lightsaber style. (I can send a picture of this particular longneck so you’d know what it looked like.)
7) A cheap cigar hanging out of his mouth.

(No, I wasn’t on drugs when I thought of this, but I couldn’t have made it much more weird if I had been.)

We ended up going with the Gadsden Flag for a cape instead. The result was amazing:

The softball bat was because this particular character, who was totally not me but also kinda was, fancied himself a Jedi but was too clumsy to be entrusted with a functioning lightsaber. (Christ, I even gave him a back story.)

After the events of January 6, I felt ashamed to be a right winger, or at least right wing-adjacent. I paused to consider my options. I thought about getting rid of my “Don’t Tread On Me” plates, not wanting to get lumped in with barbarians. I thought about my Libertarian Party membership (over twenty years now.) I even, for a few seconds, reconsidered my fashion choices.

Assuming (in spite of this) that I am still on all the proper government watch lists, I want my personal FBI agent to know, for the record, that I had nothing to do with any of that Capitol nonsense. You may see me wearing a Hawaiian shirt and a red hat while flying a rattlesnake flag and assume that you know who I am.

But you know what they say when you assume. It makes an “ass” out of “u” and “me.” (Super sky point to Mr. Aldrich, our junior high science teacher, for introducing that saying to us. In the middle eighties, we thought it was titillating for a teacher to say “ass.”)

I don’t want to live in a world where you can take one look at a person and know everything about them. Dare to be unpredictable, and thus perhaps a bit closer to ungovernable.