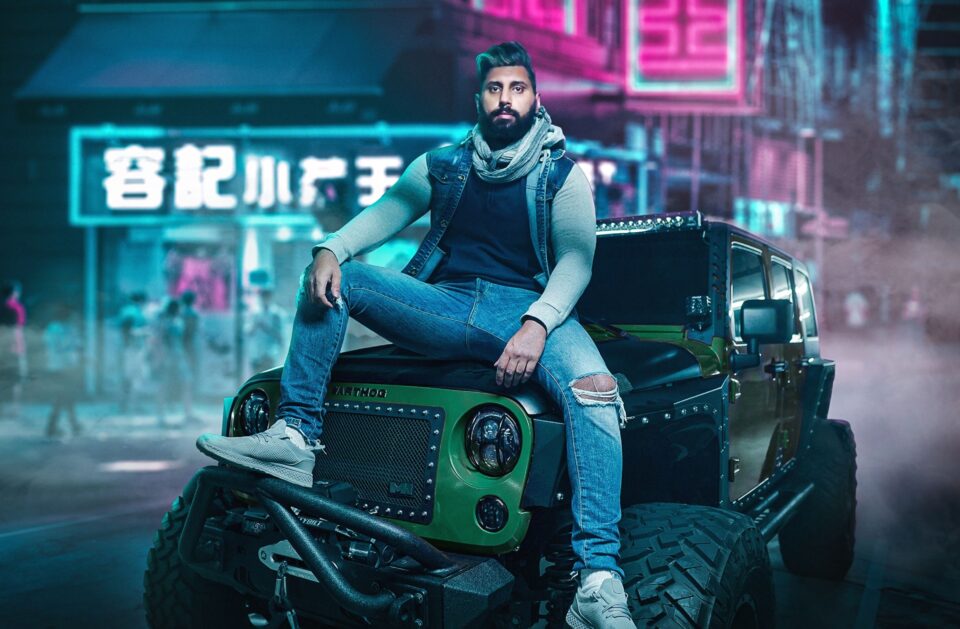 Known as the Tech Sheikh, Khaled Mazeedi has become some sort of an internet celebrity. Famously claiming that he earned over $1 million in one night of bitcoin trading, he rose to fame by sharing a candid portrayal of his life on Youtube and Instagram. Before social media and becoming a tech entrepreneur, Mazeedi was a professional soccer player in Europe. His life, though, could have been drastically different had he managed to continue playing professional soccer. Either way, it seems his life was destined to rise to prominence.

Khaled was born on February 18, 1986, in Kuwait. Khaled grew up with his mother and by the age of 18 was a rising soccer star and among the best young prospects across Asia. He is the younger son of Waol Mazeedi, a venture capitalist. Waol’s business career took a turn in 2014 when his company was brought into legal action over the management of one billion dollars in corporate funds.

In 2007, Khaled enrolled at Florida International University under a soccer scholarship, seeking a major in Mechanical engineering. In 2009, Khaled Mazeedi moved to France and played soccer professionally in the French Ligue 1 for clubs PSG, Le Havre FC, AC Arles, and CS Sedan. In 2012, he was dealt a career ending injury during a professional match. In retrospect, this turned out to be a fortunate turn of events for him.

By the time his sporting career ended, Mazeedi meddled in software development and began investing in technology. His startups Autosheik and Swipemint, to name a few, secured high profile funding which further increased the valuation of his business portfolio. He is an early investor in bitcoin and it is claimed that at a certain point of time he was the largest bitcoin holder in the United Arab Emirates with over 1000 bitcoins. This brought him a lot of media attention. While his bitcoin holdings cannot be verified, Mazeedi has made several controversial statements regarding how much money he’s earned from cryptocurrency. In one statement, he claimed that he earned $1.4 million in a single night of trading. In a radio interview, he also said that he made more than $5 million in one year from bitcoin appreciation alone. Since these numbers, just as his bitcoin wallet, remain anonymous, they cannot be taken in account when estimating Khaled Mazeedi’s net worth. What we know for sure is that he earned $1,485,000 from a mobile app he sold in 2017.

One of the incidents he is best known for involved a video shoot organized by European car magazine Motor1. Mazeedi was allegedly driving a Lamborghini above the speed limit on the German autobahn and was tailed and stopped by undercover German police. His standoff with the officers turned into a comic ordeal, with Mazeedi claiming he was unaware that the autobahn had speed restrictions in certain areas. He received a hefty fine of 2500 euros that he paid on camera and followed up by offering to tip the officers and inviting them to Dubai as his guests. They weren’t too pleased. The whole interaction was documented on his Youtube channel and Instagram profile “Ten.”

That wasn’t the first time Mazeedi has been mired in controversy. In 2017, he was involved in an altercation with a high profile footballer at a London nightclub. It wasn’t clear whether he was the culprit as rumour has it that he was part of an entourage of members from gulf royal families. The club eventually allowed Mazeedi to return. He later claimed that the footballer instigated the altercation by insulting members of the royal family.

Another standoff involving the Vancouver Royal Canadian Mounted Police occurred in 2019, with an agitated parking officer camped next to Mazeedi’s Lamborghini which was parked in the opposite direction to the flow of traffic. After illegally asking for Mazeedi’s license and documentation, the parking officer called the Vancouver police. More than ten police vehicles arrived at the scene with little knowledge of international carnet laws. The Vancouver RCMP questioned Mazeedi’s reason for having foreign plates in Canada and proceeded to give him a 3 month driving ban in the country. The incident gained international coverage.

Mazeedi is the president of the Lamborghini UAE and World Clubs, the largest organization of Lamborghini owners in the world with over 1500 member-owners. Mazeedi currently lives at the Palazzo Versace in Dubai, UAE.

In 2017, Khaled announced he would be taking a break from social media. He stopped posting on his instagram account @ten and set all his Youtube videos to private.

Mazeedi is Chief Executive Officer (CEO) of AutoSheik and Swipemint, and secured more than $5 million of funding towards his startups. He is also an investor in high-tech startups, and an advisor to governments, regulators, banks, and venture-backed companies.

Mazeedi’s shenanigans have brought him a massive social following, with more than 5 million followers on social media, along with lucrative brand deals and partnerships with Lamborghini, Roger Dubius, and other brands. However, the majority of Mazeedi’s personal wealth comes from his previous investments in cryptocurrency and technology. The internet has labelled Mazeedi a marketing guru because of his quick rise as a social media celebrity. Currently, Khaled Mazeedi’s net worth in 2021 is estimated at between $15- $25 million.