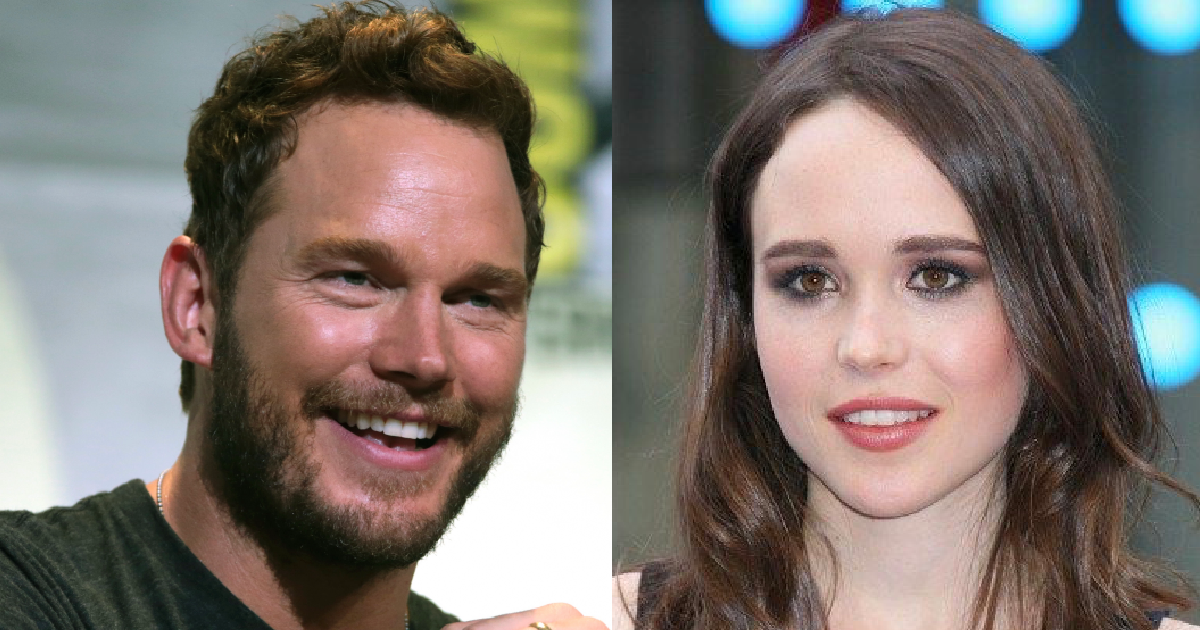 Actor Ellen Page doubled down on her criticism of celebrities who attended “anti-LGBTQ churches” on Saturday, after she made headlines for criticizing actor Chris Pratt for attending Hillsong Church, according to a report by Variety Magazine.

“If you are a famous actor and you belong to an organization that hates a certain group of people, don’t be surprised if someone simply wonders why it’s not addressed,” she wrote on Twitter. “Being anti LGBTQ is wrong, there aren’t two sides. The damage it causes it severe. Full stop. Sending love to all.”

Page’s criticism of Pratt first came Thursday after he appeared on “The Late Show With Stephen Colbert, where he discussed his Christian faith and his participation in “The Daniel Fast,” a 21 day fast based on the Book of Daniel with the intent of bringing participants closer to God. In the interview he also relayed some information his pastor gave him about balancing fame and faith.

Pratt told Colbert: “If the spotlight that is shining on you is brighter than the light that’s within you, it will kill you.”

Pratt appeared on the show to promote his new film The Lego Movie 2: The Second Part.” After Pratt’s appearance Page Tweeted, “Oh. K. Um. But his church is infamously anti lgbtq so maybe address that too?”, as a criticism of Pratt and the church he attends.

In 2015, Hillsong’s New York pastor, Carl Lentz, was criticized for calling homosexuality a sin. Also that year, two male choir members of the church got married and Hillsong’s global senior pastor, Brian Houston, issued a statement against them on the church’s website.

“I wish to correct reports that Hillsong church has “an openly gay couple directing a choir” at our New York City campus. Hillsong’s position on homosexuality and gay marriage has not changed and is consistent with Scripture. As I have stated previously, I believe the writings of Paul are clear on this subject. Several months ago when one of our choir directors made an unexpected public statement regarding his engagement to a man who sometimes sang in the choir, it was a complete surprise to us as well. It is my understanding that they have not been involved in an active leadership or ministry role since. That said, we still love them and acknowledge that they – like all of us – are on a journey, and our role as a church is to assist them on this journey with grace and compassion.”, said Hillsong  Senior Pastor Brian Houston.

Earlier this month, Page appeared on Colbert’s show and advocated for the LGBTQ community:

“If you are in a position of power and you hate people, and you want to cause suffering to them — you go through the trouble, you spend your career trying to cause suffering. What do you think is going to happen?” Page said. “Kids are going to be abused, and they’re going to kill themselves. And people are going to be beaten on the street. I have traveled the world and I have met the most marginalized people you can meet. I am lucky to have this time and this privilege to say this. This needs to f***ing stop.”

Page starred as Kitty Pryde in the “X-Men” films and was nominated for an Academy Award in 2007 for her role in “Juno.” In 2014 Page announced that she’s gay, according to Variety.

Since then, she has been an advocate for LGBTQ rights and “co-hosted the 2016 Viceland documentary series “Gaycation” about LGBTQ cultures around the world,” the magazine reported.