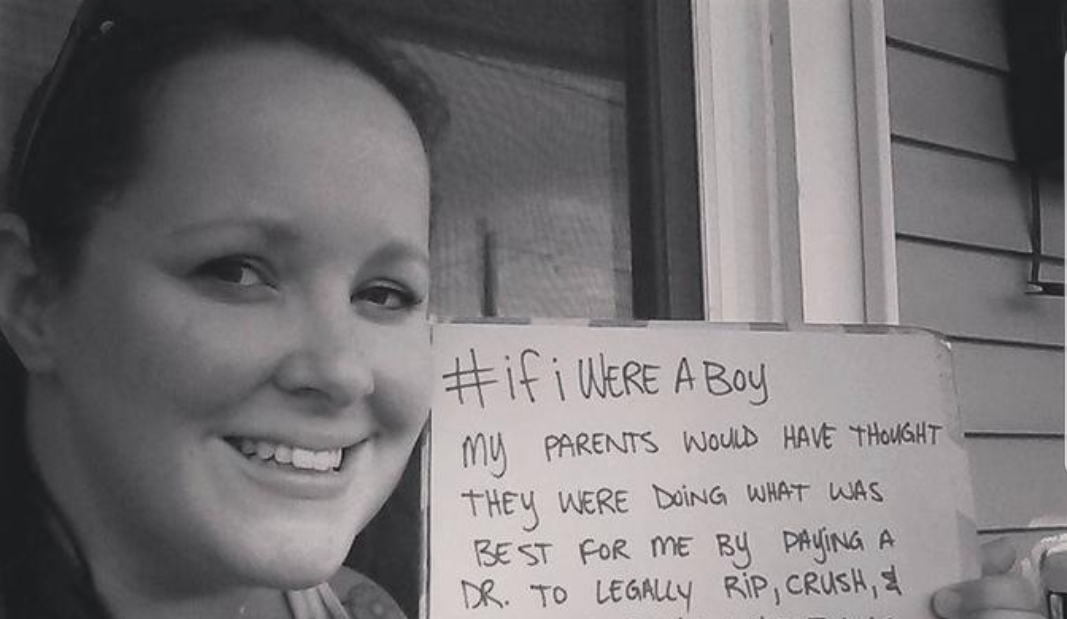 I get it. Circumcision is a controversial subject from a number of angles. All angles are valid… except that of a man who is content being circumcised, apparently.

This crusade seems to be largely championed by women who feel they should have a say over the cosmetology of my penis, or should be able to dictate to me my thoughts on it.

Before we go any further, no this is not a euphemism nor comparable to abortion, as everyone should be able to agree that procedure is not cosmetic, regardless of your stance on ethics. This is much more comparable to fake breasts, which I couldn’t be bothered by.

I also understand the consent factor. I was circumcised without consent during a time when over 80% of children were circumcised.

Some people ask, if I were not circumcised then, would I choose to do it now? The answer to that question is probably not. Some may see that as a gotcha moment, but would be completely ignoring my reasoning, which really is the most important component.

The reason I probably would not get a circumcision today is identical to the reason I have not yet gotten a vasectomy. I simply don’t like invasive procedures. It’s not the outcome I’m opposed to, but instead the means I would rather avoid. If I could wish away my sperm count, you’re damn right I would.

In other words, I completely favor having been circumcised at a time beyond my memory. That’s just the opinion of one man who was circumcised.

That didn’t stop all these crusty women past their prime from flocking to my page to tell me I’m wrong.

Okay, sure it was bait. I even spelled the word circumcise incorrectly, and edited it twice within the next 2 days, spelling it incorrectly in those edits on purpose. None of them were any the wiser either. Not that I’m a Grammar/Spelling Nazi, but I did go out of my way to indicate this was bait to anyone who can read and made it progressively more obvious.

One other thing you may notice from these screenshots is that they indicate a handful of shares. As I never actually got any share notifications, these most likely came from the link to my post being dropped into anti-circumcision Facebook groups, which also explains the huge surge in comments on my personal page from random people with no mutual friends. Occam’s Razor falls pretty snug there.

I know some people like to be courteous and block out names in screenshots, but I will do no such thing here. After all, these people flocked to my own page on a post with public settings.

Facebook user Karen Kokes jumped right in with the body shaming, mistakenly believing I was referring to uncircumcised people as “Damn Dirty Apes.” If you’ve ever seen Planet of the Apes, it should be pretty easy to decipher that this was directed at the inevitable people like herself who would show up to throw rocks.

Karen Kokes began with deducing that I do not have a whole penis, stating Dirty Apes have more of a dick than I do. I went with the low hanging fruit and shamed her whack eyebrows.

Seriously though, her eyebrows are legit whack.

[Edit: at the request of Karen Kokes we have removed her photo and inserted an artist rendition]

Then, she had the belief that I was the one who was penis shaming for being content with my penis, rather than her who said I only have a partial penis. I pretty much had to spell it out for her like she was a child. When she got the hint, she opted to block me rather than own up.

After being shamed by numerous women for not having foreskin, I commented on my status stating that it all grew back after injecting just one marijuanas.

And of course, that was proof that I’m a moron, coming from someone who doesn’t understand memes.

I thought it very weird that Alyssa was obsessing over my penis, especially when she’s a single mother of three children who is engaged to be married. Awkward.

So I tried to lighten the mood by teaching her about memes.

Ladies, you insufferable past your prime folks who need to settle now for whatever you can get…. Stay off Deez Nutz. My penis isn’t your business. I’m just not that into you.