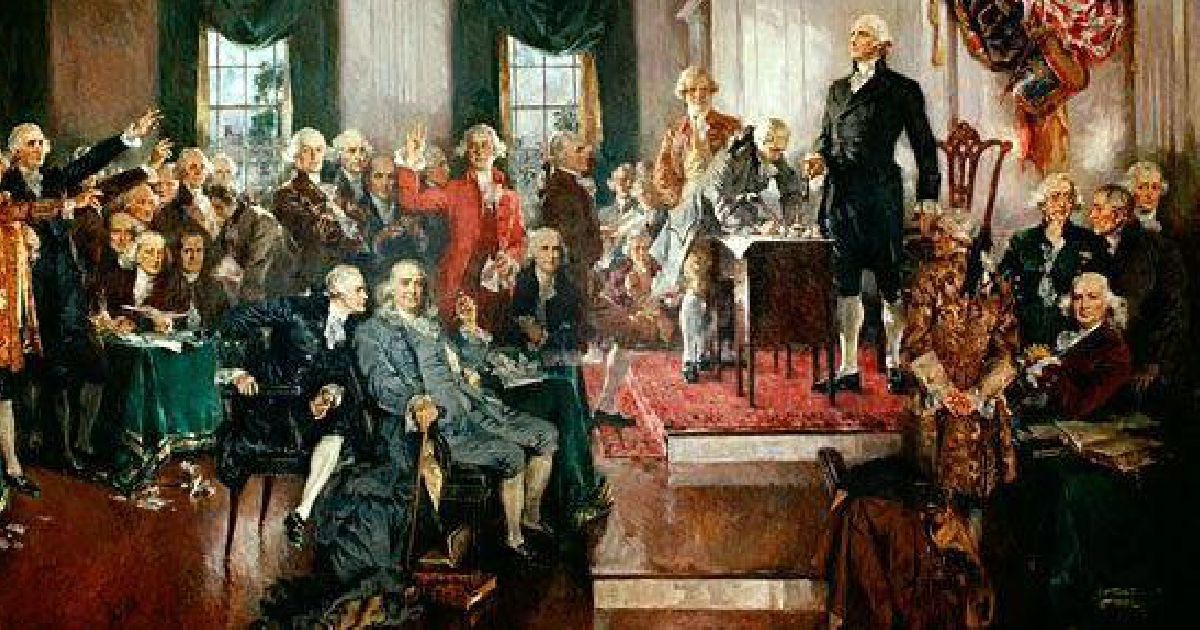 This question was first asked at the Constitutional Convention.

While there is the occasional politician who asks it during a campaign, the question is mostly rhetorical.  Our politicians really do not want a response since it is clear that our government today is formed for politicians and political parties to control the resources of the nation. What’s worse is that we are accepting of a government that now views itself as our principal; not our agent.

We have allowed our federal government to grow from one of limited powers to one of massive power that occupies almost every cavity of human existence. It is a government that cannot pass necessary appropriation bills, control its debt, or even determine when it is appropriate to declare war.

We give our government $4 trillion a year to operate, but it is never enough. We now have $22 trillion of debt, which is about $64,000 of debt for every person in the nation, including infants born today. Each person’s share of the debt increases by $3,000 for every additional trillion dollars of debt.

At what point will our debt put us into involuntary servitude to the federal government? Another rhetorical question since our government views taxes as an obligation of citizenship.

Since “We the People” bear the blame for allowing this reversal of roles to occur, it is our duty to fix the situation. We owe this to posterity. But how? Reading a newspaper, or listening to the media or politicians or surfing the web; there is only negative chatter, personal attacks, and many factual inaccuracies. There is rarely a discussion of how to address these issues and when.

In my opinion articles, I promise never to complain about an issue without at least discussing ways to address it. In future pieces, I will talk about one issue at a time and offer solutions to address that issue. For now, let me offer a few general suggestions.

First, we don’t expect enough from our elected representatives. They may be politicians but we must mandate they be trustees.

In James Madison’s “The Federalist 46,” he argued that the federal and state governments are in fact trustees of the people; not some amorphous entity called a “government”. Since government only operates through people, it is our representatives who must be the trustees.

Each trustee owes its duty of loyalty to the Constitution and to the branch of government in which they serve. Such loyalty cannot be divided, nor can the trustee put personal or political benefit before that of the beneficiary. By acting with loyalty to the institution in which they serve, each elected official will ensure there is a real separation of powers within our government. This protects us from tyranny, big government, and preserves liberty.

Action: Demand elected officials publicly pledge to serve as trustees of the Constitution, not handmaidens of a political party.  Breach of the pledge establishes a violation of their oath to support the Constitution.

Action: Demand a public commitment from elected officials to speak out against political parties, which game the voting process and limit who can represent citizens by constantly filing lawsuits or initiating party-centric legislation to deny independent and smaller party candidates a place on the ballot.

Third, Article I of our Constitution provides that “All legislative Powers herein granted shall be vested in a Congress…” Unfortunately, over the last eighty-five years, Congress has delegated to the executive the power to fill in the blanks in the broad and vague laws it passed. This gives the executive the power to make, by regulation, many of the laws of the nation.

Action: Congress must reclaim from the executive and the courts its full Article I power. It must clearly legislate the return of such powers. If the executive vetoes these enactments and Congress cannot override the veto, they must use their exclusive control over the appropriations process to return the nation to one of separation of powers between the branches of government.

Citizens have options for reclaiming our government from the politicians. We need to start using them.

William L. Kovacs is the author of Reform the Kakistocracy: Rule by the Least Able or Least Principled Citizens. He held senior level policy positions in a national business association, on Capitol Hill, as a partner in DC law firms, participated in hundreds of federal rulemakings and testified before Congress numerous times. Follow him @WilliamLKovacs

Leveraged Lending in the US and its Impact on the Economy

Don’t Tread on Chris Pratt’s Shirt: A History Lesson on The Gadsden Flag