The Shocking Tale of Rising Elder Abuse in the U.S. 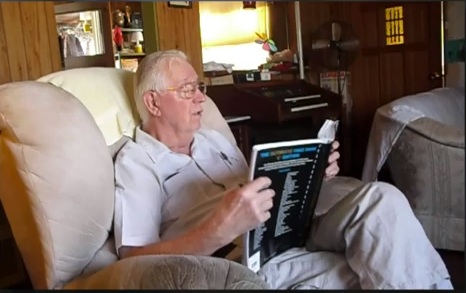 When you think about the most vulnerable and unprotected people groups in America, who comes to mind? Is it infants, the homeless, wartime veterans, or those with mental illnesses? While each of these groups is certainly vulnerable, one of the most frequently overlooked segments of America is the elderly.

The Rise of Elder Abuse

According to the World Health Organization (WHO), “Elder abuse is a single or repeated act, or lack of appropriate action, occurring within any relationship where there is an expectation of trust, which causes harm or distress to an older person. This type of violence constitutes a violation of human rights and includes physical, sexual, psychological, and emotional abuse; financial and material abuse; abandonment; neglect; and serious loss of dignity and respect.”

Data from the WHO suggests that one in six people over the age of 60 have experienced some form of abuse in community settings like nursing homes or long-term care facilities over the past year. The rates of elder abuse are increasing in these settings, with two out of every three staff members reporting that they’ve committed a form of abuse in the past 12 months. Unfortunately, just one out of every 24 cases of elder abuse is ever reported. As a result, it’s likely that incident rates are even higher than we realize.

Psychological abuse is by far the most common type of elder abuse, followed by physical abuse, financial abuse, neglect, and sexual abuse.

Fighting Back Against Elder Abuse

Many victims of elder abuse are fearful of speaking out against their abusers. This means it’s up to friends, loved ones, and other staff members in community settings to step up and be the voice. In seeking to become an ally for these victims, here are some things you can do:

The best thing you can do as a loved one is to stay in touch with elderly family members who are in care settings. By staying in touch on a daily or weekly basis – as opposed to checking in every couple of months – you’re better able to understand their situation and decrease the chances of abuse flourishing over an extended period of time.

Consider it your responsibility to be aware of the signs of elder abuse. While they’ll differ in every victim, knowing some of the telltale symptoms will help you tremendously.

The physical signs of abuse are fairly obvious and will include things like cuts and lacerations, bruises, and frequent injuries. While these symptoms may be excused as careless falls and behavior, any consistency over a period of time should be looked at with scrutiny. The psychological symptoms are generally a bit harder to spot, unless you’re actively looking for them.

“Many seniors are targeted for financial abuse or exploitation because of what they own,” explains Richard Behrendt, an estate planner at a wealth management firm. “They may have retirement savings accounts, equity in a home, other investments, a steady cash flow of ‘mailbox money’ from Social Security, annuities, pension income or, sometimes, all of the above.”

If you’re in a position where you have involvement in your loved one’s finances, make sure you keep an eye on what’s happening. Regularly review accounts and read statements. Set up safeguards that prevent major decisions from being made without the consent of at least one other individual (like a CPA, financial advisor, or multiple family members).

On a macro level, we need more people who are advocates for elders and are willing to be flag bearers for the cause of preventing elder abuse. The best thing you can do is advocate for more resources in as many ways as possible. When the right resources are available at nursing homes and long-term care facilities, the odds of abuse plummet.

Giving a Voice to the Vulnerable

Elder abuse is a tough subject that few want to discuss or tackle. It typically happens behind closed doors, which means people have the ability to turn a blind eye to the problem and focus on something else.

While the poor treatment of America’s elderly may not be as visible as that of our homeless population, war veterans, or mentally ill, it’s still an equally serious problem. As more people recognize the issue and speak out, these trends can be reversed and personal freedoms restored.