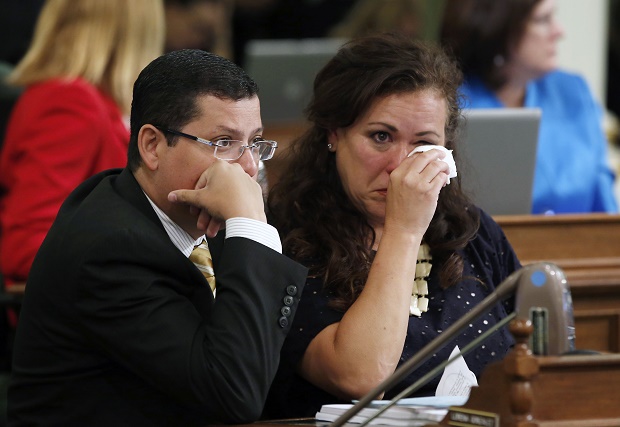 It was announced on Monday by Assembly Speaker Anthony Rendon that Salas had been removed from his position heading the politically lucrative Assembly Business and Professions Committee, which handles consumer regulations, occupational licensing and product labeling bills, reported SacBee.

Effectively showing that if you are not lockstep with the machine, you will be punished. Free thought need not apply.

“We’ve had a lot of success and I wanted to make sure we continue to have success,” Rendon said, according to SacBee. “Obviously, it’s my prerogative to make changes from time to time.”

Salas was the only Democrat not to vote for Senate Bill 1, known as the “Gas Tax”, which will increase the gas tax and add a new vehicle registration fee to pay for road repairs, public transit and other projects, according to SacBee. His defection from party lines and away from the regressive tax force Gov. Jerry Brown and the Democrats to grease the wheels of many other Democrats who were unsure of the bill, and even on Republican in the State Senate.

The free-thinking Democrat explained his vote against SB1 saying he was elected on a campaign promise that he would not support any new taxes unless they went before voters for approval, which this bill did not.

“Mr. Speaker respected my commitment to my families and I told him I’d respect his decision,” said Salas, per SacBee. “I can deal with someone being upset. I’m more worried about what the families in my district will have to endure now.”

Punishment is not uncommon for legislators who cross their party leadership. Former Assemblywoman Nicole Parra, D-Hanford, was famously booted to an office across the street from the Capitol after abstaining on a budget vote in 2008. In 2011, then-Assemblyman Anthony Portantino of La Cañada Flintridge accused the then-speaker of slashing his office funding for being the lone Democratic holdout on the budget.