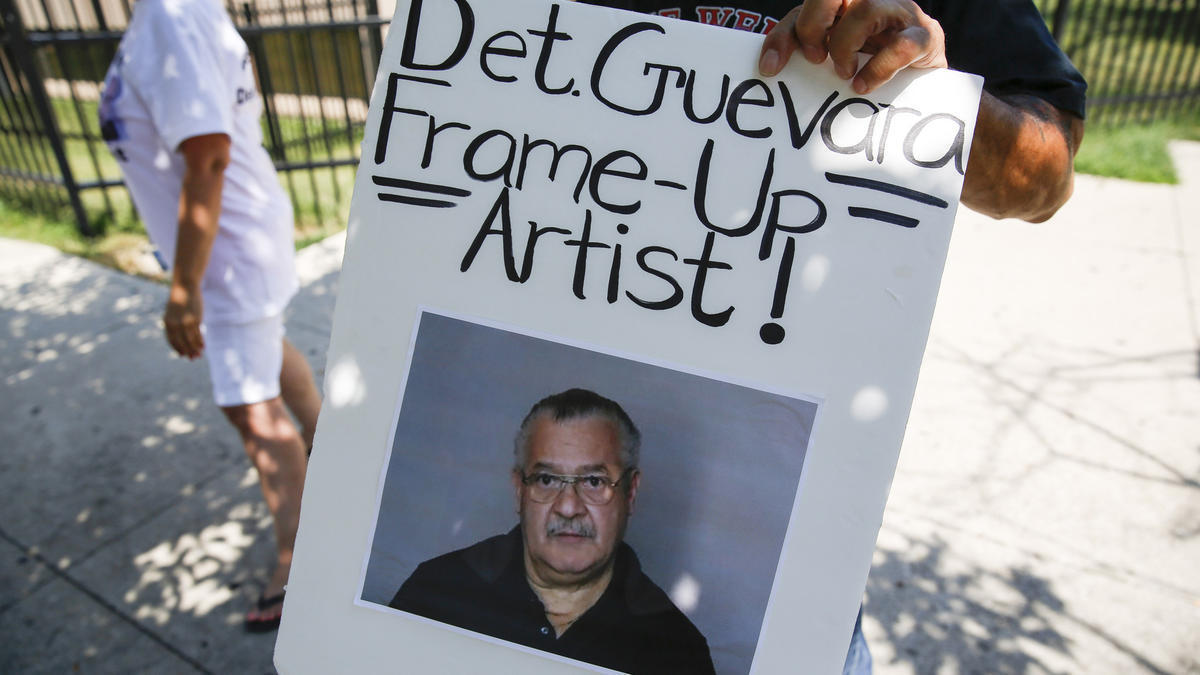 A man filed a lawsuit against the city of Chicago Monday, alleging that an infamous Chicago police officer framed him for murder.

Armando Serrano, who spent 23 years in prison for a murder he did not commit, sued retired Chicago police detective Reynaldo Guevara, the city of Chicago, and a current Cook County Criminal Court judge for unspecified damages, reports Buzzfeed News.

The lawsuit alleges that Judge Matthew Coghlan, the prosecutor on the case at the time, and Guevara worked together to frame Serrano for the murder of a factory worker in 1993.

“When people wonder why [Chicago] is the the wrongful conviction capital, it’s not just the rogue officers,” Serrano’s attorney told Buzzfeed. “It’s their partners. It’s the prosecutors who rise to the bench. And then it’s the judges and the judge’s friends.”

Francisco Vicente, the man who testified against Serrano, and co-defendant Jose Montanez later confessed in a 2004 video that Guevara had told him what to say.

Guevara has dodged past accusations of bullying witnesses and putting away innocent people. Another man won $21 million in 2009 after he accused Guevara of framing him of a crime in a wrongful conviction lawsuit.

Lionel White also filed a lawsuit Monday against a former Chicago police officer, Sgt. Ronald Watts. White, convicted of a drug crime in 2006, had his sentence overturned when attorneys proved that Watts was being investigated for corruption at the time of White’s arrest.

White’s lawsuit alleges that Watts and another officer planted heroin on him after breaking into his apartment.

The city of Chicago could not be reached for comment. Under Illinois Supreme Court Rule 63,  judges and court personnel are not supposed to comment on pending litigation.

CA Dem Stripped of Chairmanship Over Vote Against Gas Tax