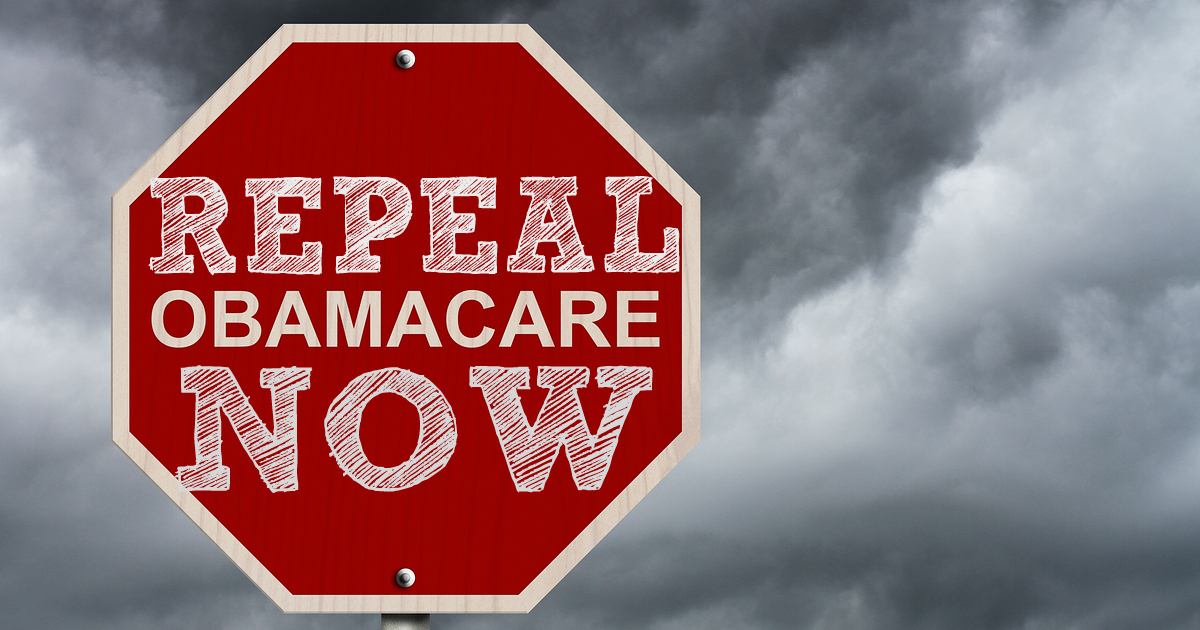 The statements were released after four Republican senators backed away from the repeal-and-replace bill, leaving McConnell unable to reach the 60 votes required to bring the bill to the floor.

“Republicans should just REPEAL failing ObamaCare now & work on a new Healthcare Plan that will start from a clean slate,” Trump tweeted at 11:17 p.m. “Dems will join in!”

“Regretfully, it is not apparent that the effort to repeal and immediately replace the failure Obamacare will not be successful,” McConnell followed in a statement 31 minutes later, at 11:48 p.m.

“So,” he continued, “in the coming days, the Senate will vote to take up the House bill with the first amendment in order being what a majority of the Senate already supported in 2015 and that was vetoed by then-President Obama: a repeal of Obamacare with a two-year delay to provide for a state transition period to a patient-centered health care system that gives Americans access to quality, affordable care.”

“Well said [President Trump,]” Vice President Mike Pence tweeted at 12:07 a.m. Tuesday morning. “We must keep our promise to end the Obamacare nightmare. Repeal now and replace later. Inaction is not an option.”

Republican Sens. Rand Paul, a Kentucky conservative, and Susan Collins, a Maine liberal, had opposed the Senate’s second repeal-and-replace bill early on. Paul, because he felt it left Obamacare in place; Collins, because she opposed repealing the welfare programs it entailed. They were joined in their opposition Monday by Sens. Mike Lee of Utah and Jerry Moran of Kansas.

“If Republican Senators are unable to pass what they are working on now,” Trump tweeted on June 30, referencing the first attempt to repeal and replace, “they should immediately REPEAL, and then REPLACE at a later date!”

The plan to pass a clean repeal bill was first heralded by conservatives, , including Sen. Paul and Heritage Action, because they believed the horse-trading necessary to accomplish both repeal and replace at the same time would hobble the effort. Their plan was to push for a two-year window where congressmen and senators would be able to craft replacement legislation after Obamacare’s fate was set.

Democrats, who have vowed to torpedo any GOP effort to repeal Obamacare, might then be pulled to the negotiation table, enabling Washington to pass a bill with support from both parties.

The likeliness of bipartisan support is still low, given the atmosphere in Washington, the parties’ widely differing agendas, and the polarized mood of the parties’ supporters.

Trump Is Making Moves To Get Sen. Flake Out Of Washington