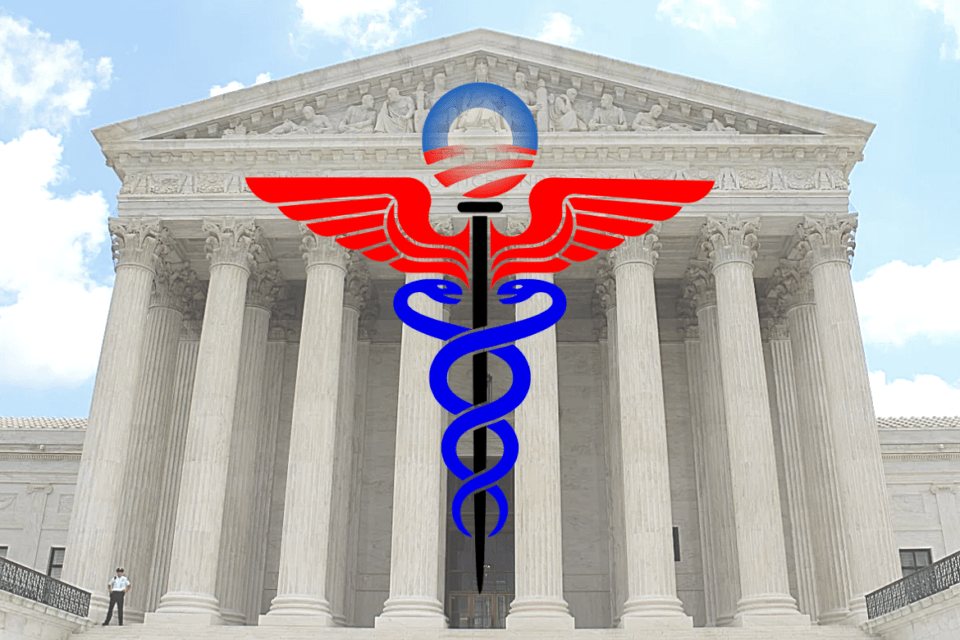 In 2010, Barack Obama’s administration passed the controversial Affordable Care Act, or ‘Obamacare’, which aimed to provide coverage for the uninsured and to control premiums. Although, it did provide the coverage, it was done with the government forcing many to get insurance or face a penalty.

Artificially forcing people to pay for a product they do not want is already theft, but the worst part was when the ACA increased premiums by 56% to 63.2% for all ages within four years of the program’s implementation, dragging everyone else down with it.

Not wanting to deal with such a program, Florida and 12 other states sued, arguing that Obamacare was unconstitutional as it violated Article 1 of the Constitution and that Congress could not collect penalties. While the Supreme Court ruled that states were not required to adopt it, the Court itself did not comment on whether the individual mandate could be removed.

President Trump liberated Americans from the tax penalty, fixing one of the glaring issues with the ACA. California filed a lawsuit with Texas being the primary respondent, as many states on either side joined in their own respective coalitions. On November 10th, oral arguments were heard and now the Supreme Court will answer the following questions: Was the separation of the individual mandate from the rest of the ACA constitutional? And if not, is it separable from the rest of the ACA?

Depending on the ruling, the ACA could come crashing down for good or remain in place, left to be patched up with many band-aids by future presidential administrations. What would be the possible impact and outcome of such a ruling in either scenario?

First, let’s look at the scenario in which Obamacare does not get repealed and remains in place as is. With the incoming Biden administration advocating what is essentially a single payer system, as well as supporting Obama’s ACA, there is little doubt that Biden will attempt to pass even more strict regulations, monopolizing the healthcare market. The court could rule on the ACA as it stands right now, if the Republican bias of the majority does not come into play and the 2012 court case is considered.

When Franklin Delano Roosevelt (the architect of the modern welfare state) was in office, the Agricultural Adjustment Act, a key provision of the New Deal, limited the number of crops farmers could grow. This act was ruled unconstitutional, as it exceeded Congress’ power to regulate interstate commerce. If the justices do not take this fact into account, then the ACA might be upheld.

This seems unlikely, but even if such a ruling occurs, the second failsafe that exists in the government is the consent of the Senate. Although Georgia is in the middle of two difficult runoff elections and the outcome is unclear, if the Republican majority remains in the Senate, then the chance of Biden passing the reforms is slim. If the Democrats take over all of Congress, all bets are off and the administration will try to force the bill through the legislative process as quick as possible. A new court case could arise as a result of Biden’s plan.

If Joe Biden gets his way, what happens next? Taxes would have to go up, especially on the top earners in the country, leading to more spending as a whole. The cost would be approximately $2.25 trillion over 10 years, while saving $450 billion and raising revenue of $950 billion. The plan would either decrease national expenditures on health by 3% or increase them by 1%. As you can see, spending goes up—same with the revenue, which he leeched of off you, the taxpayer. It is unclear how Biden will save billions of dollars, but the revenue is directly at your expense. Even the original ACA did not help lower healthcare costs, but at best slowed the rate at which they increased. And then we will hear the typical phrase from the left, when someone brings up socialism and the downfall of its policies— “it was not done right.”

If the alternative scenario where the Supreme Court rules all of Obamacare to be unconstitutional occurs, it would be a huge blow to Biden’s administration. Like Obama in 2008, healthcare was a large part of Joe Biden’s platform, and with that piece gone, his presidency will be less stable. If the Affordable Care Act is removed in its entirety, 20 million Americans would lose their health insurance. Yes, it would not be an opportune time due to COVID-19, but that is not necessarily a bad thing. As history has shown, whenever a good or service is first released—like a computer, for instance—the price of said item is extremely high due to the price of parts, labor, etc.. But over time prices fall. Quality has increased, while prices have generally dropped. What is there to say that the same thing will not happen with healthcare as a whole? Over time, prices will have to decrease.

In terms of more sensible private insurance plans, for instance, President Trump allowed many small businesses to join together as a coalition and buy group insurance for themselves, which would decrease costs by 30 percent. By reducing the scope of government, the healthcare prices will drop and America will have a much cheaper and efficient system.

If, for some reason, the Affordable Care Act is ruled unconstitutional, but remains in place with Joe Biden not being able to go to a single payer model,  the ACA would likely become essentially untouchable by politicians for fear of losing public support. This is vital to both Democrats and Republicans, as the former relies on minorities on the program while the latter relies on the rural states, which are heavily dependent on the healthcare plan. The damage has already been done by Obama, and America will keep slapping band-aids on the policy through minor adjustments, rather than any total overhauls.

Although the issue of healthcare remains a prevalent one in America, and the Democrats and Republicans will claw each other until the end of time, one thing remains absolutely clear—market forces cannot be disrupted by the federal government, and it usually ends up making the problem worse. What matters is removing excessive regulations around healthcare, and treating it like a good rather than a right.

The outcome of the Supreme Court case remains to be seen, but at the end of the day, what matters is the freedom of choice—the choice of a person to have a company that they want to cover them, not the government monopoly that Joe Biden wants to establish.

Mikhail Timonin is a student at the University of Maryland studying Government and Politics. He believes that people are able to make their own decisions,without government intervention, and as a result, each and every one of us are able to shape our own destiny

Why Are More Truckers Dying in Crashes?