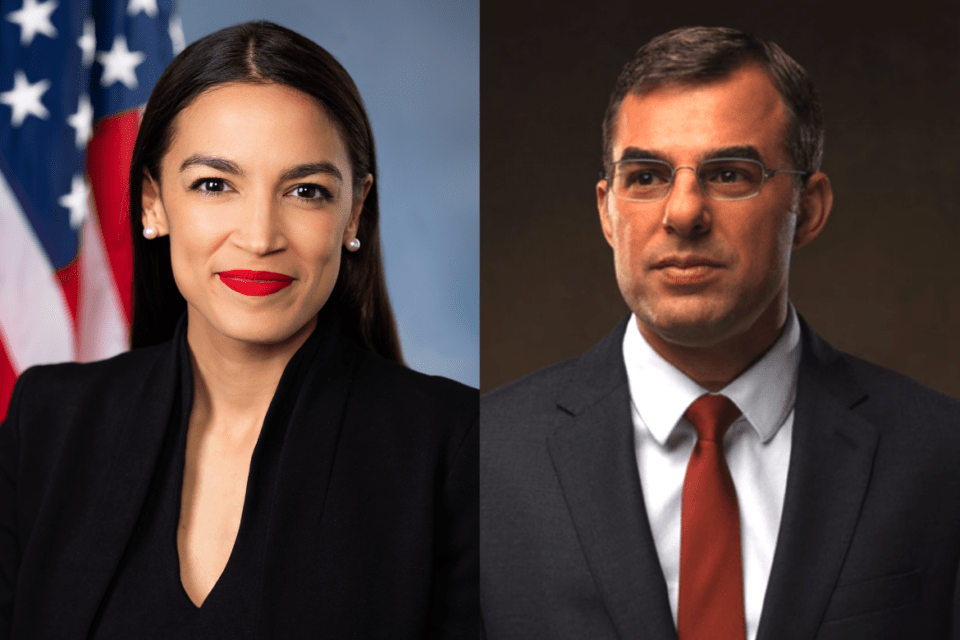 In the last hours before a final vote on the second COVID stimulus bill, two members of Congress had the same principled reaction to a very important point. Representatives Alexandria Ocasio-Cortez (AOC) and Representative Justin Amash both tweeted their disgust that mere hours before a pivotal vote on the omnibus COVID stimulus bill, the text had not yet been delivered to legislators for them to read. When it did arrive, just over an hour before the vote, it was over 5,500 pages long. 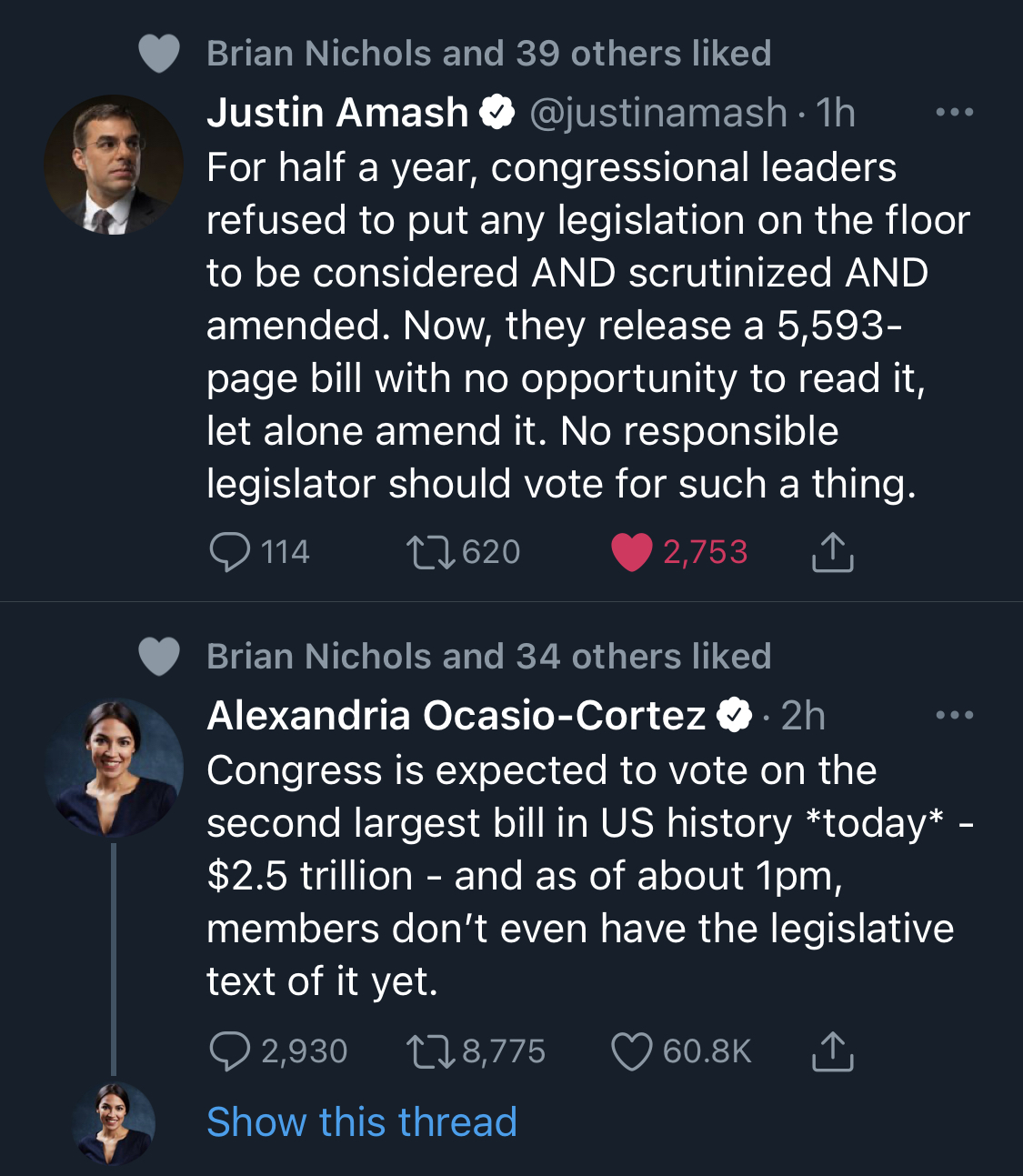 That these two Representatives are on the same side of an issue should tell you how universally disliked these kinds of unreadable omnibus bills are. AOC is a progressive leftist who has pushed for the Green New Deal, defunding the police, and socialized medicine. Amash is a fiscal hawk, a man known for rooting out extra spending and his anti-war libertarian stances. He left the Republican party on July 4th of this past year, finding the GOP a bit too “big government” for him.

Even these dramatically different Representatives, AOC and Amash, can agree that something is rotten. Every member of Congress was faced with the task of deciding whether to vote to pass a broken bill they hadn’t read, or vote against it.

It’s worth mentioning here that Justin Amash will not be returning to Congress next term. After leaving the Republican Party, he decided that he would not run for reelection and the seat was won by Republican Peter Meijer in November. Amash will return to his life as an attorney, or perhaps rejoin the family business.

It is a true shame that he is leaving Congress. Because when it came time to vote on the omnibus COVID bill, Amash took the high road. He did not vote to pass that corrupt bill.

As details about the bill start to come out, it seems like Amash made the right choice:

Not only is just a small 30% of the $2 Trillion bill going to help individuals and families, much of the other 70% is going to big business handouts, defense spending, private corporations, and pet projects of various politicians. There is also a salary increase for Congress. And that’s just what we’ve learned about in the first two hours since the bill passed.

In other words, it’s a bad bill. And like the Patriot Act, the Affordable Care Act, and so many other omnibus bills that congress has voted for without reading or understanding, we may feel the impact of this unread stimulus bill long into the future. Voting to kill the bill was a wise choice by Representative Amash.

Amash’s vote against the bill was no surprise. His vote against the stimulus bill was a principled stand against something bigger than this temporary moment. He is working to ensure future generations can still enjoy American freedoms. He’s been doing it for a long time already. He has been working for years as a Representative in DC to protect our rights and help our economy. That he walked away from a job in the swamp is part of why we need him in leadership.

We need more leaders like Justin Amash because his ideas offer a real and tangible path to a better future for all Americans. He has been consistent and moral in his duties to the people while serving as part of our government. When he hopefully runs for President in 2024, you should vote for him. He has been working quietly and diligently as a public servant in a time when most Representatives are merely politicians. We could use someone like him in the White House.

Conner Drigotas is a Director at a national nonprofit, an adjunct professor at Lehigh University, and the author of "Work for Liberty: a resource guide for finding employment in the liberty movement". He writes at ConnerDrigotas.com