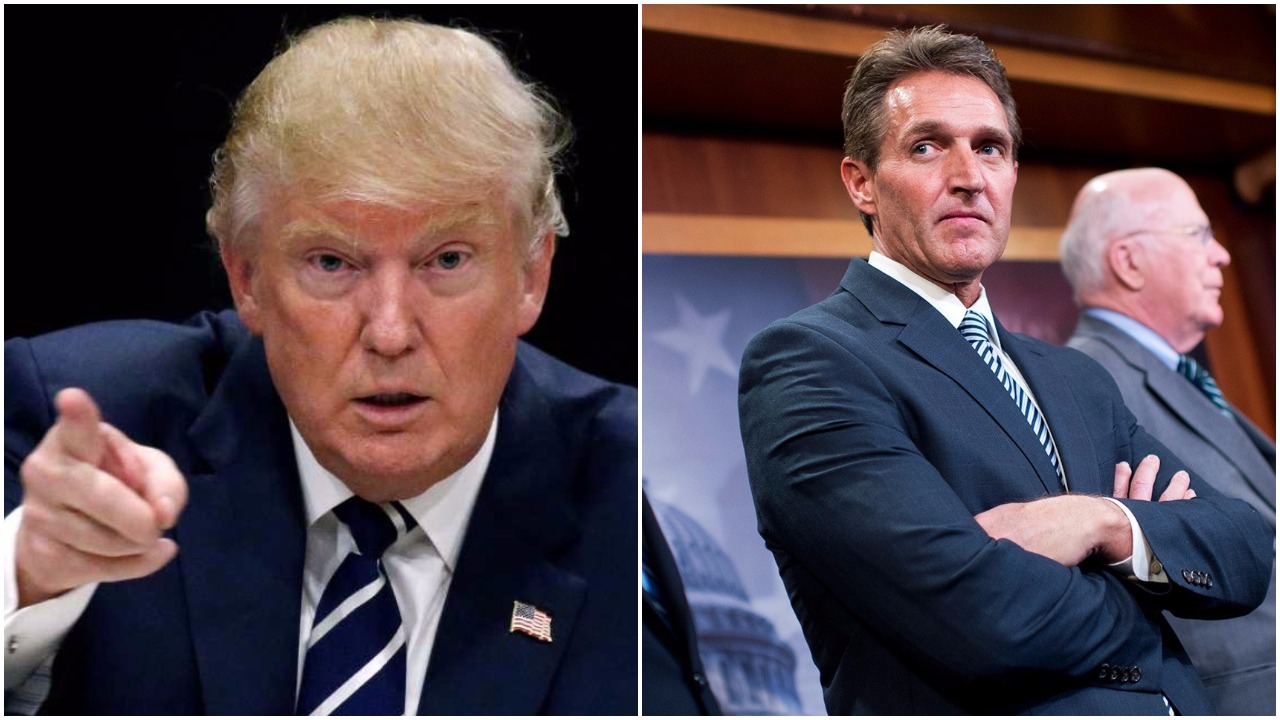 Flake has been a longtime critic of Trump and even refused to endorse him during his 2016 presidential campaign. Trump has personally spoken with Republican Arizona Treasurer Jeff DeWit, and has had administration officials speak with former Republican State Sen. Kelli Ward and former Arizona GOP chairman Robert Graham, according to Politico Monday.

“Maybe [Flake] should get back on the Trump team. A lot of people believe in Trump’s policies,” said former Maricopa County, Arizona Sheriff Joe Arpaio, according to Politico. “There’s a silent majority that’s still there, and still in this state, so watch out.”

Ward has so far been the only one who has officially announced her bid for Senate against Flake. DeWit and Graham are still considering the option. Trump’s deputy campaign manager, David Bossie, reportedly told Graham he would get significant support from the Republican Party if he launched a campaign for the seat.

Don Shooter, an Arizona state legislator, said that anyone who challenges Flake would immediately be able to raise between $10 million and $15 million from donors who are yearning to see Flake unseated. “They’re motivated to take Jeff Flake out,” he said to Politico.

“He ran into a big storm coming out against Trump,” Ed Robson, an Arizona real estate developer and big GOP donor, said about Flake. “This being a big Trump area, he probably made a mistake doing that.” (RELATED: GOP Senator Says Obamacare Repeal Is Nowhere Close To Happening)

Trump reportedly considered donating $10 million to assure Flake is beat in the 2018 primary.