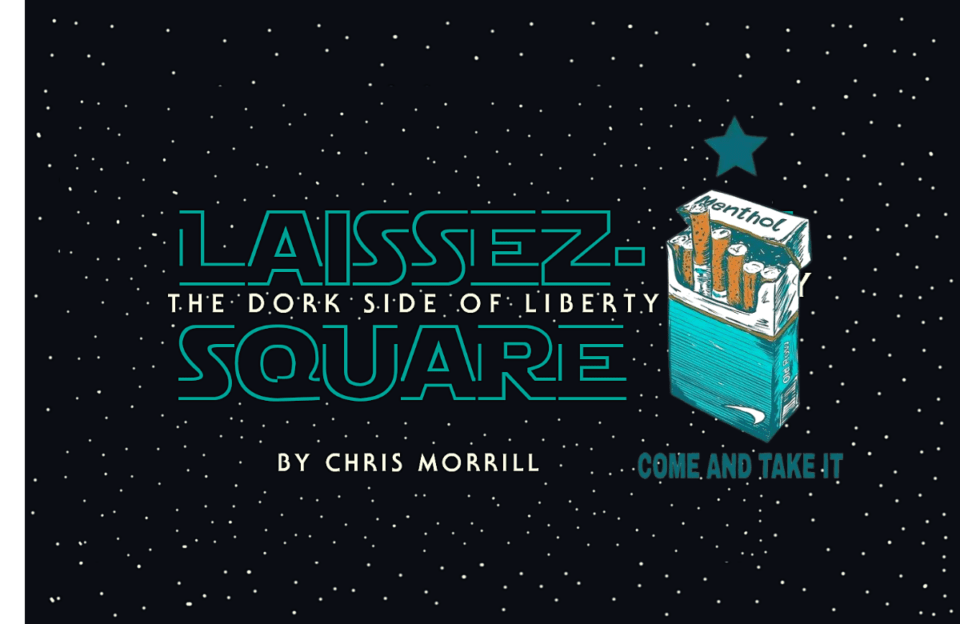 “I hold it to be the inalienable right of anybody to go to hell in his own way.”
Robert Frost

On Thursday, the U.S. Food and Drug Administration announced that it was moving to ban menthol cigarettes and flavored cigars. Though the rumors had been swirling for months that this might happen, I was still somehow shocked to see them actually do it. I mean, it’s not like they already have their hands full with controversial COVID-19 vaccines or anything, right?

First, this rather ancient one: 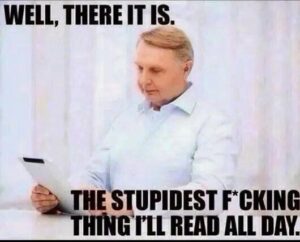 (In my defense, it really was the stupidest fucking thing I’d read all day. Maybe all year. We truly are in the dumbest timeline.)

The other meme I thought of was from the video game Grand Theft Auto: San Andreas: 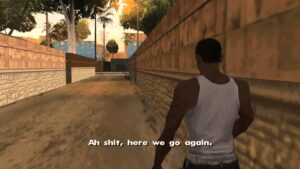 This move is profoundly imbecilic on so many levels that I honestly feel kind of bad even writing about it. It’s like beating up Peter Dinklage. Or drag racing a short bus. There’s really no sport in it. It’s low-hanging fruit. Or in this case maybe it’s… low-hanging mint?

As a libertarian (though not a “real” one), I am against the banning of almost everything. In my perfect world, you’d be able to buy black tar heroin from a vending machine and then go get a drive-thru abortion. (Watch out for those cloth seats!) So going after cigarettes seems rather pointless; flavored cigarettes, doubly so.

The FDA’s logic, if I understand it, is that menthol cigarettes and flavored cigars target children and black folks. (Think about casually lumping those two together for a moment and you realize how condescending these people are.) There is some truth to both of those things, however poorly the bedside manner is of those making the argument.

Black folks, for whatever reason, do smoke menthols far more often than other ethnic groups. Who knows why. Who cares?

Menthols are also a “gateway” cigarette for younger folks. How do I know? I smoked cigarettes for many years, and I started on menthols. I remember specifically being told that you wanted to try those first because they were a little easier on beginners.

You can accept these two things as fact and still not give a shit. Which is where I come down (obviously.) Whether these cigarettes are favored by black people or youngsters (or young black people), banning them is horrendously misguided. The FDA is basically saying: “Don’t you silly Blacks know what’s good for you?” Which brings to mind the old Ronald Reagan quote: “The nine most terrifying words in the English language are: I’m from the Government, and I’m here to help.”

Everyone knows that cigarettes are bad for you. There is really no argument there. I have lost a family member to lung cancer that was almost certainly related to smoking and it’s no joke. But whether your bad habit kills you in forty seconds or forty years, it’s really not my concern either way. Unless we have national health care and I’m being forced via taxation to pay for your bad decisions. (Which is actually a better argument against national health care than against your bad decisions.)

But despite crazy rumors floating around for years that menthols were worse for you because they were filled with fiberglass or some such shit, or that they were intentionally made that way to kill off minorities, no one has ever actually proven that they are any more dangerous than regular cigarettes. And the FDA really isn’t even trying to argue that. So this isn’t about health per se. If that was the case, the FDA would ban all cigarettes and cigars. (Which I would also be against.) It’s more of a nanny state thing. You are being penalized not for wanting an inherently dangerous product; you are being penalized for wanting that inherently dangerous product to taste better. Or, at least taste better to you. This somehow becomes a social justice issue or an attack on a protected class. The logic escapes me.

The whole thing is also rather awkward because, in a post-George Floyd world where white folks are finally realizing that police have in fact been screwing black people over for decades, this gives police another tool to screw over those very same people. We even have a fairly recent example of a black man being killed by police over cigarettes in the Eric Garner case. (It would be ironic, in retrospect, if they were menthols.)

Oh, sure, the administration says they’re only going to target manufacturers and not consumers. How’d that work out in the drug war? Or Prohibition? I think you know.

A black (no pun intended) market will almost certainly develop overnight. First, people will start to hoard the current stocks of Newports, Kools, Salems, and so forth. After those are gone, people will start making their own menthol cigarettes. Stores will sell these menthol additives with a wink and a nod, kind of like how head shops have been selling bongs for years but labeling them as “exotic tobacco pipes.”

When a commodity is driven underground, prices skyrocket and quality suffers. Who benefits from that? Not your average law abiding citizen, that’s for sure.

Also, think about how this is also taking place against the backdrop of more and more states legalizing recreational marijuana. Or, as I call it, “the only good reason to set foot in Illinois anymore.” The juxtaposition is stunning. The optics are shit. Why would any level of government care what you were smoking in the first place, much less legalize one thing while criminalizing another? If you’d have told me twenty years ago that pot would be legal but menthol cigarettes would be banned, and that Democrats would be the ones pushing the menthol ban, I’d have asked you what you were smoking. (Spoiler alert: probably pot.) Have we surrendered in the “War on Drugs” only to start a new “War on Mint?”

(As a side note, I don’t think marijuana legalization has really been driven by any real thirst for freedom, or a recognition that people should be able to do what they want. It’s mostly because people just like marijuana. The thought process starts and stops there. Those same people often don’t think twice about banning other things because they happen not to like those other things.)

Why are we banning menthol cigarettes while you can walk into any liquor store and buy twenty different flavored vodkas? (Thanks, Burnett’s.) Or fifteen different kinds of Bud Light Lime-A-Ritas? (Whose motto should be: “It’ll take some hair off your chest.”) Or thirty kinds of crappy favored seltzers? Aren’t wine coolers still a thing? Isn’t Boone’s Farm still acting as a gateway booze for young tipplers? Speaking of flavors, you can drive across the bridge here over to Illinois and buy many different flavors of cannabis gummies. (At least, that’s what I’ve been told.)

Are we also going to ban flavored beers? Or malt liquors and fortified wines because they’re allegedly too strong, while also being popular in low income areas? Surely, no one would be silly enough (or perhaps racist enough) to try something so absurd, right? Think again. Meanwhile, Whitey McWhiteperson or Cracky McCrackerson is still free to buy his Busch Light and Marlboro Reds pretty much anywhere.

Instead of meekly going along with a menthol cigarette ban, will the tobacco companies fight? Or at least try and pull off a second “Tobacco Settlement”, in which they basically pay a bribe to the FDA (or the various states) in exchange for being left mostly alone? That worked well enough in 1998. Sure, it resulted in the absurdity of tobacco companies paying to advertise against themselves, and the settlement costs were passed along to smokers in the form of steep price increases, but Big Tobacco greased the palms that it had to grease.

I quit smoking twenty-one years ago. Not out of any serious concern for my health; one look at my monthly expenditures at Liquor Warehouse would attest to that. It was because smokes were just getting too damned expensive and I didn’t want to pay for them anymore. But when I did smoke, I was a brand-hopping tobacco whore. I tried about everything. I tried Salems, Kools, Newports, Marlboro menthols, and even weird stuff like Bel Air and Alpine back in the day.

I don’t often crave cigarettes anymore, but on the rare occasion that I do, it’s usually a full-strength Salem I’m jonesing for. Those suckers packed so much menthol punch that it was like French kissing a little jar of Vicks VapoRub.

I’m tempted to start smoking again, and specifically to start smoking menthols, just to stick it to Uncle Sam. I want to fire up a Salem, take a big gnarly drag of that minty goodness, and extend a middle finger in the general direction of the District of Columbia.

I believe in a world where gay married couples are free to protect their marijuana fields with fully automatic machine guns. #freedom

Would a world where gay black married couples are free to protect their menthol cigarettes with fully automatic machine guns also be too much to ask?