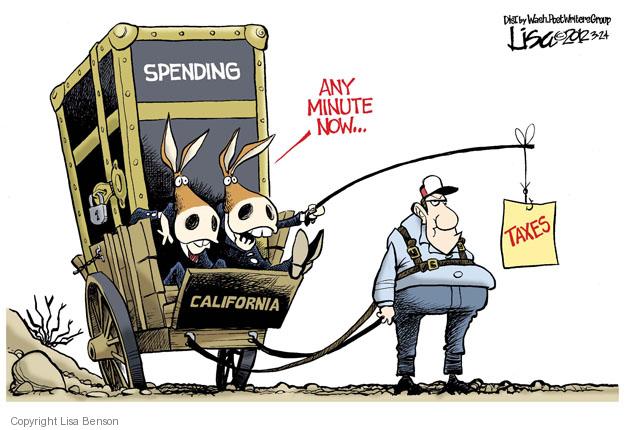 The California Senate Democrats approved Thursday a multi-billion-dollar increase in the state’s gas tax to pay for road and infrastructure projects.

The so-called Road Repair and Accountability Act would ratchet up the state’s gas tax by 12 cents a gallon, and raise the tax on diesel fuel by 20 cents a gallon. It also etches out an additional charge to annual vehicle license fees ranging from $25 to $175 depending on the car’s value.

The Senate passed the bill, 27-11. Republicans did not support the measure.

Gov. Jerry Brown, a Democrat, supports the measure and says it will raise $52 billion for transportation projects, including repairs to roads and bridges. He told reporters on Tuesday that the increase will save California taxpayers money in the long run.

Brown poked fun at the Republicans for holding what he believes are backward positions concerning gas taxes – they argue an increase in the gas tax is not necessary to fix the state’s roads.

“The Republicans in Sacramento want to fix our roads. They love the idea,” he said earlier this week. “They just don’t want to be associated with the bill because it has money in it. I think they expect the tooth fairy to pay the $5 billion every year.”

California is poised to become the state with the highest gas tax if the measure passes, leap-frogging Pennsylvania, at $50.4 cents per gallon, with New York at 42.64 cpg following closely behind. The Golden State’s gas tax would increase from 40. 00 to 52.00 cpg.

Gas taxes are supposed to provide revenue for road construction, maintenance, repair, and improvements, but states typically divert much of the money to other sources. In 2013, for instance, gas taxes and motor vehicle license fees paid for 40 percent of state and local road spending.

Republicans argue the money for road repairs is already there.

Curtis Grima, chief of staff for Republican Assemblyman James Gallagher, said Brown and the Democrats have not used the already existing vehicle registration fees to fix roads. Instead, he said, the fee is used to support the Department of Motor Vehicles and the Air Resources Board, California’s expensive environmental regulatory agency.

“We collect about $4 billion in gas tax for roads. About $1 billion is diverted off the top as part of the ‘gas swap’ scheme,” Grima said.  “The result is that the gas tax loses $1 billion, and the general fund gains $1 billion. My understanding of the new proposal is that it does not restore any of these funds.”

He was referring to a highly complex system the legislature passed in 2010 and signed by then-Gov. Arnold Schwarzenegger allowing the state to take some money away from fixing roads to put toward future appropriations.