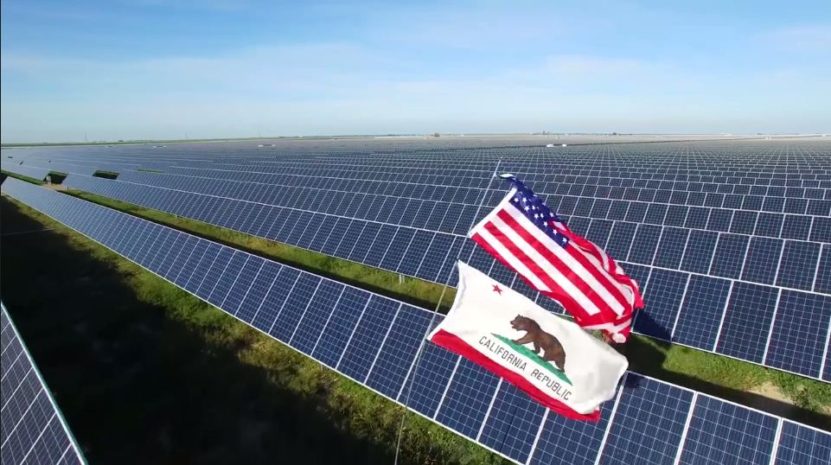 There’s a growing call for California Gov. Jerry Brown to stop issuing oil and natural gas leases in the state, with some even arguing that all state fossil fuel production should be shuttered.

Yet continuing the current trend of dwindling in-state crude production wouldn’t mean California stops using oil. The state, ranked as one of the “greenest” in the country, would still use lots of oil, it would just come from other countries.

In fact, more than 56 percent of the crude oil received by California refineries were extracted in foreign countries, according to California Energy Commission data. California, once the third-largest oil state, is now more reliant than ever on foreign oil.

California’s share of oil coming from foreign sources has ballooned since the late 1990s. Decades of state policies restricting drilling played a role, as did declining production in Alaska.

While environmentalists have chastised California for its oil production, the state’s eschewing of crude extraction has contributed to its increased reliance on foreign oil.

California’s oil production has fallen 56 percent since 1985, according to state data. Much of that is being replaced by oil imports from countries without the same level of environmental and public health protections that U.S. agencies require.

“The West Coast used to be the part of the country least dependent on oil imports, with heavy California and Alaska production meeting most of their needs,” said Dan Kish, a distinguished senior fellow at the free-market Institute for Energy Research.

“But as the U.S. becomes less dependent on foreign oil, California is racing to the bottom,” Kish told The Daily Caller News Foundation.

California refineries supply almost exclusively in-state because of the costly upgrades to facilities needed to comply with blending requirements. Refineries are also geographically isolated from facilities in other states, and pipelines connecting California plants to other states are meant for exports, not imports.

Experts expectthe U.S. to become a net exporter of crude oil by 2022, thanks to abundant shale reserves and a boost in offshore drilling. The port of Houston-Galveston exported more fuel than it imported for the first time ever this year, federal data showed.

All in all, the U.S. is becoming less reliant on foreign energy, while California becomes more reliant on oil imports. And that’s a trend environmentalists want to continue in the name of fighting global warming.

“Although no one expects oil and gas drilling to end overnight, California doesn’t even have a plan for how to begin phasing it out,” Sierra Club executive director Michael Brune wrote in an op-ed, calling on Brown to shut down in-state oil and gas production.

Brune’s call is only one of many urging Brown to stop fossil fuel production in California. Activists have also urged state lawmakers to pass legislation mandating 100 percent green energy by 2045.

Two San Francisco Bay area officials wrote an op-edcalling on Brown “to make a plan to phase out oil and gas production in California, to clean up our cities, towns and agricultural lands, and protect our people.”

Those local officials joined environmentalists in demanding no new drilling permits be issued and no new refineries be allowed in California. They also want “a swift, managed decline of all fossil fuel production” by shutting down wells within 2,500 feet of “all occupied structures, public parks and farms.”

Their ultimate goal, however, is a state that runs completely on “renewable energy,” according to a public letterof demands. The Sierra Club did not respond to TheDCNF’s request for comment.

However, this ignores an obvious criticism of environmentalists’ anti-fossil fuel campaign — California will still use oil, but it will come from overseas. In fact, that’s what state data clearly shows.

“It’s sad for a state that could use the oil and the money developing it would bring, especially since they have huge potential,” Kish said.

In-state refineries still took in nearly 623 million barrels of oil in 2017. That can’t be phased out overnight.

California also gets a small amount of foreign imports from Canada, but state refiners have been using less Canadian oil in recent years. Even if that trend were to reverse, state planners still seerefiners offsetting Canadian crude “with other types of oil to maintain consistent average blended properties.”

California’s demand for gasoline declinedfrom 2004 to 2009, but has since been on the upswing as the economy continues to recover from the recent recession and because of population growth.

Pedophilia & the Pope: Did He Cover It Up?