Over the past year, the mainstream media has managed to popularize fake news stories of every kind. Manufactured hate crimes. Climate crises. Fake war footage.  Here are just a few of the stories intended to deceive in 2019.

In January, the media reported that bunch of Covington high school kids surrounded a Native American and mocked him. One of the videos that was going around the internet was a 2-minute clip published by Vice. It didn’t take long for a longer video to surface, showing the full incident in context, including footgage of the Black Israelites insulting the Covington kids with racial slurs.

On the last day of January, it was reported that two white Trump supporters attacked Jussie Smollett in the middle of the night in a polar vortex. It wasn’t until the second half of February that the media acknowledged the truth that the ‘attackers’ were two Nigerians who worked with Jussie Smollett previously and that Smollett paid them.

In March,The Mueller Report came out and Mueller’s conclusion was that Trump didn’t collude with Russia which completely contradicted the media’s 2 year hysteria and false allegations.

Out of Control Amazon Rainforest Fire

In August, there was another huge internet “shitstorm”: The Amazon was on fire and the news wasn’t talking about it. Then the Mainstream news did talk about it showing their support for the Amazonia. However, the news turned sideways when it was discovered that the fires were in already deforested areas that are used in agriculture. And that Brazilian president Jair Bolsonaro’s policy didn’t have much effect on deforestation because it’s been decreasing significantly.

In late September, it was reported that a 6th grade student was pinned down and got her dreadlocks cut off and was called ugly. In a matter of days she confessed to tell the truth that it was fake.

Dire Threat of Mass Shootings at The Joker Movie

Also, in late September and early October, there were warnings about the Joker movie inspiring white supremacy and incels. There were also warnings that there would be mass shootings because of the film, like the one in Aurora, Colorado. Anyone who saw the Joker knows that he is not an incel, nor a white supremacist. No mass shooting happened and the previous mass shooting wasn’t inspired by the Joker. This was a debunked claim that had made a resurgence. In addition, there was a picture circulating of a sign in a theater, stating that individuals would not be allowed to attend the movie alone. And even I fell for it. I thought a theater actually banned single males from watching the Joker. It turned out to be a prank. I guess I learned my lesson that day.

Remember the Trump Russia collusion? It’s back. Now false allegations have come up that Trump is colluding with Ukraine to dig up dirt on Joe Biden. And Hillary accused of Tulsi Gabbard of being groomed by the Russians. The media is throwing out the same debunked allegations of Trump working with Putin. The Quid Pro Quo stuff hasn’t been debunked but the allegations have been made with no proof. So it’s basically like debunking the Flying Spaghetti Monster.

In December, a story about Trump being edited out of Home Alone 2 was even shared by Donald Trump Jr to say that the libs  are so triggered they can’t even look at Trump without going on a rampage. Except that this was done even before Donald Trump was running for office. So Trump Derangement Syndrome isn’t at play here. On the contrary, it’s pro-Trump fanaticism that spread this fake news.

How Do We Stop Fake News?

Fake news can’t be simplified into just Trump Derangement Syndrome because it happens with both liberals and conservatives. In any case, the pattern is a photo or video without context, or purposely edited to change the context. Then everybody is talking about (and sometimes they talk about the fact that no one is talking about it even though they are). Then a ‘new’ piece of information comes out and the fake news dies down. The media makes a small time apology compared to the amount of time they spent spreading that fake news. Fewer people see that apology and keep thinking that the original news was true.

We can all fight fake news. The solution to fighting fake news is to sit on the story. Wait before giving an opinion or rant. Look for the original video or the original context of the photo and spread it once you find it. For example, spreading the 1 hour video clip of the Covington kids. Many liberals I know personally (friends, family members, teachers) changed their mind after seeing the video before the mainstream news even made their apology. The way to stop the spread of fake news is not just by saying 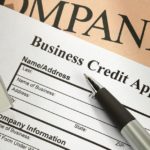 Which Line of Credit is Suitable for You in the UK? 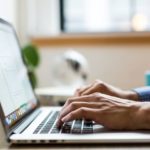 The Power of Comments on Social Media