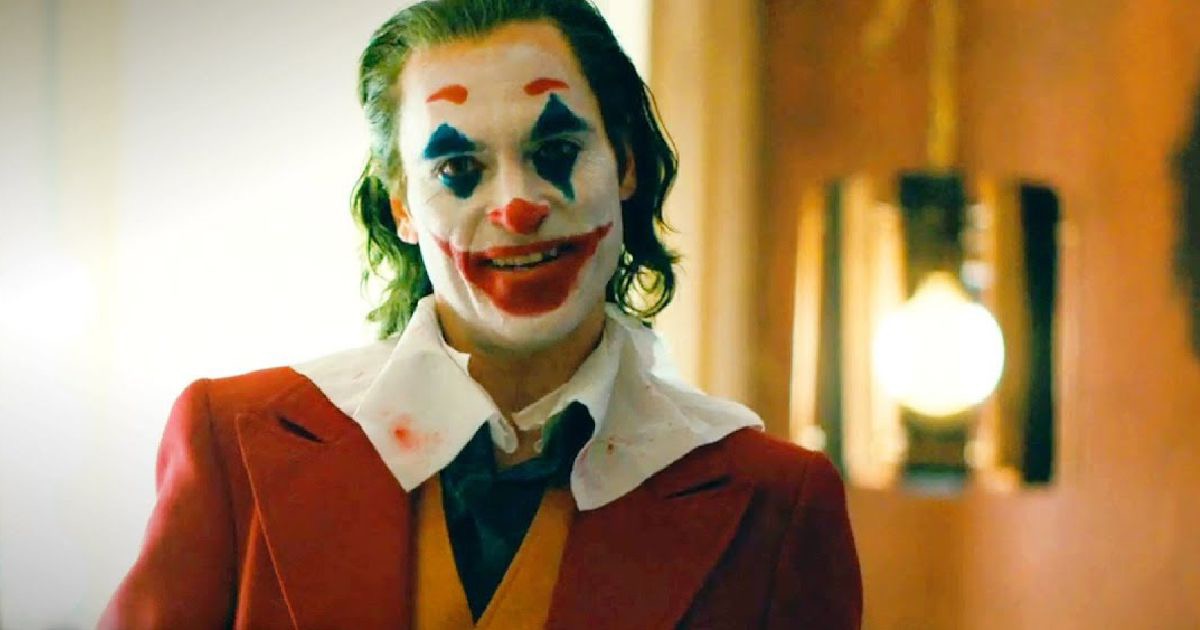 The media hyped up the Joker movie. Not for its great plot and character development but because they thought it would cause another shooting. Calling it a white supremacist movie and warning that there could be  mass shooting. Because I’m skeptical of the media, I went to see the Joker for myself.

Since the media labels this movie an incel white nationalist manifesto, I went to see the movie to see if they were partially telling the truth, because most of their mistakes are events that they either misrepresent or not in proportion to reality. When it came to the movie it was absolutely 100% misrepresented. Arthur Fleck who becomes the Joker literally has a crush on a single black mother. That goes against the white nationalist and incel lifestyle.

Various commentators have had completely different political interpretations of the movie.  From what I saw, it’s a mix of everything.

Tim Pool interprets the movie as being left wing.

The Joker’s followers hold signs that spew anti-capitalism, and the plot surrounding the Joker was about high wealth inequality in a city. He compares the Joker followers to Antifa. They are all masked, protesting for left wing causes, and they are doing it violently.

Tim Pool concludes the reason the mainstream media hates it is because this a movie of all villains. The Joker is apolitical, nihilist but his followers represent the far left. The Joker was anti-establishment of any kind. Pool gives it a 9.9/10 if not a 10/10.  He also mentions that the movie, when premiered in Venice, was given a standing ovation of 8 minutes.

“The reason the establishment is so afraid of this film is because the Joker points a finger at the true reason why our society produces the diseased minds responsible for mass shootings. Because our entire culture is bathed in atomizing consumerist celebrity at all costs nihilism. Because it creates a breeding ground for loneliness and despair that shames men for being men.

It points at the Hollywood woke media. The Joker, Arthur Fleck, is motivated to kill his comedy idol because he was humiliated and canceled culture by the media. It challenges the media’s narrative that every mass shooter is a random sicko with a gun who snapped, or that they are just born evil.”

Steven Crowder, only talked about the media hysteria of this movie causing mass shootings. Fortunately, the media was proven wrong, and that the critics calling it a white supremacist movie were completely wrong.

Here’s where I think the movie lines up. It’s right wing populist masterpiece.

Tim Pool proves my point when he said, “It was given an 8 minute standing ovation in Italy”. In Italy, the current  government is made up of a left and right wing populist coalition. Right wing populists tend to have some leftist economic tendencies but they mostly care about the culture war. They mostly care about social issues. They are mostly anti social justice warriors.

When it comes to the film, the messages are anti-elitist, anti-celebrity worshipping, and anti-outcasting. Some of the lines from the movie are literally sentiments coming from 4-chan, Clown World.

Like the Joker, most right wingers just want to make jokes and want people to smile, but people are offended at their jokes and make fun of them. They accuse them of being white supremacists just like the Joker movie, and most of the accusations have been against regular people who don’t follow the leftist culture.  They are just like Arthur Fleck before being pushed by these celebrity worshiping NPCs, and elitist cult following. Arthur Fleck was radicalized to become a murderer, a monster.

Movies, books, and video games do not cause the creation of psycho killers. This movie shows how these shooters are created by illustrating how the media and society treat these social outcasts. One of the lines that reveals the Joker’s motive for killing Murray Franklin, the smug elitist comedy night show host, is “What do you get when you cross a mentally ill loner with a society that abandons him and treats him like trash?.. I’ll tell you what you get: you get what you f**king deserve!” The Joker points a gun at Murray and kills him live on tv.

Based on the film without its political messages I give it a rating of 10/10. I never felt like any scene was unnecessary or irrelevant. The amount of fictional realism still confuses me about what scenes are in Arthur’s imagination and what’s real beyond any movie I’ve seen.

I know many dweebs and Joker fans who hated this idea, but they love this movie because it managed not to debunk the main Joker theories and still keeps the Joker’s origin a huge mystery. This film was better than Endgame and I think it could win an Oscar for Best Actor.