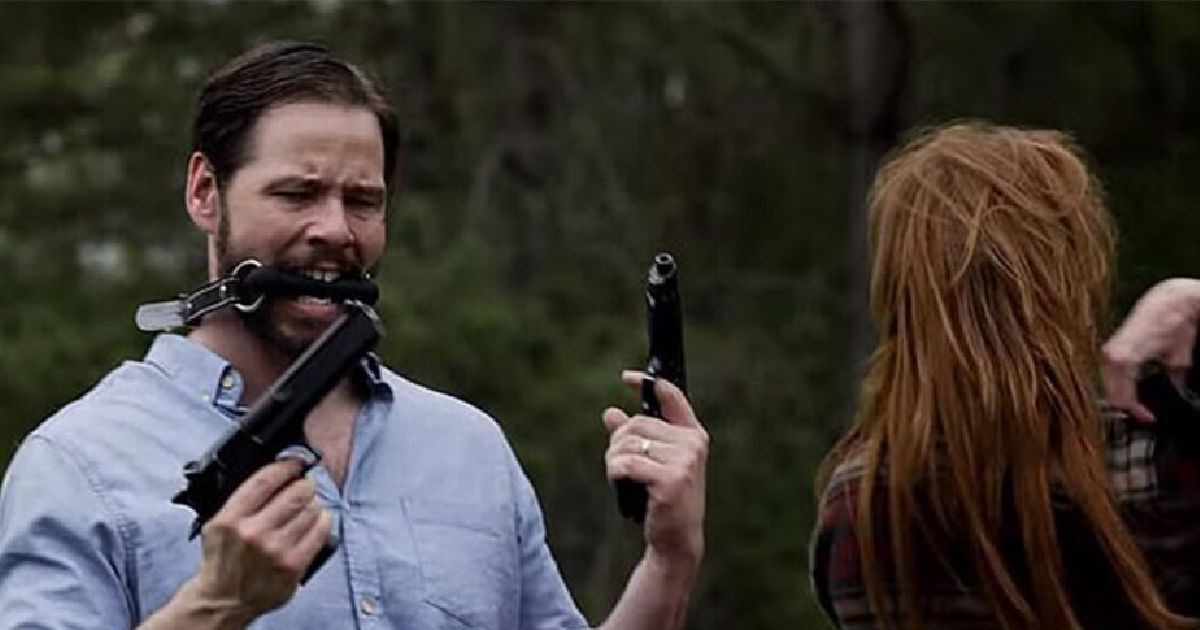 It’s a modern internet phenomenon where a person is ejected from influence or fame by questionable actions, according to the most popular definition on Urban Dictionary.

In August, the art of cancel culture, created by the left, took a 180 degree turn when some on the right decided to act outraged and succeeded in cancelling the movie The Hunt by Warner Bros following the mass shootings in El Paso and Dayton.

Liberal Hollywood is Racist at the highest level, and with great Anger and Hate! They like to call themselves “Elite,” but they are not Elite. In fact, it is often the people that they so strongly oppose that are actually the Elite. The movie coming out is made in order….

….to inflame and cause chaos. They create their own violence, and then try to blame others. They are the true Racists, and are very bad for our Country!

Guy Benson: “To have a movie, even though it’s satire, that depicts Americans hunting and killing Americans, I think that’s maybe not an image people want to see at the moment.” In which he also said that the movie shouldn’t be cancelled completely but the studio should see the sensitive moment we are in right now and they should pull back their marketing.

Even Tim Pool: “One character says, ‘Did anyone see what our [expletive] in chief just did?’ A second responds, ‘At least the Hunt’s coming up. Nothing better than going out to the Manor and slaughtering a dozen deplorables.’” He says, “this is one of the lines they thought it was appropriate to come out right now, especially with everything that happened, pull the movie”.  He then goes back on his stance and states, “I’m not saying the movie should be pulled necessarily. I’m not saying that because offended by it. I’m saying it because I think it’s gonna make people, it’s going to escalate everything. You know what, don’t pull the movie. I have no idea, I have no idea. Let the movie happen, I feel like it’s dominoes falling over everything we’re seeing, just can’t be stopped… crazy people take this seriously.”

And as always, the entertainment industry caves:

“While Universal Pictures had already paused the marketing campaign for ‘The Hunt,’ after thoughtful consideration, the studio has decided to cancel our plans to release the film… We stand by our filmmakers and will continue to distribute films in partnership with bold and visionary creators, like those associated with this satirical social thriller, but we understand that now is not the right time to release this film.”

However, finally the director, Craig Zobel, stood for his work and argued, “My hope would be that people will reflect on why we are in this moment, where we don’t have any desire to listen to each other… And if I’m lucky, some of us will ask each other: How did we get here? And where do we want to go moving forward?”

I proudly agree with the director. Not only does a movie like this get us to talk about today’s issues, but the fact is that crazy people will act how they act no matter what they see. The “person” who killed John Lennon and “person” who attempted to kill Ronald Reagan both were inspired by Catcher in The Rye.

In calling for the cancellation of The Hunt, conservatives did the very thing they criticize the left for. Both sides are guilty of practicing “cancel culture” when it serves their purposes.