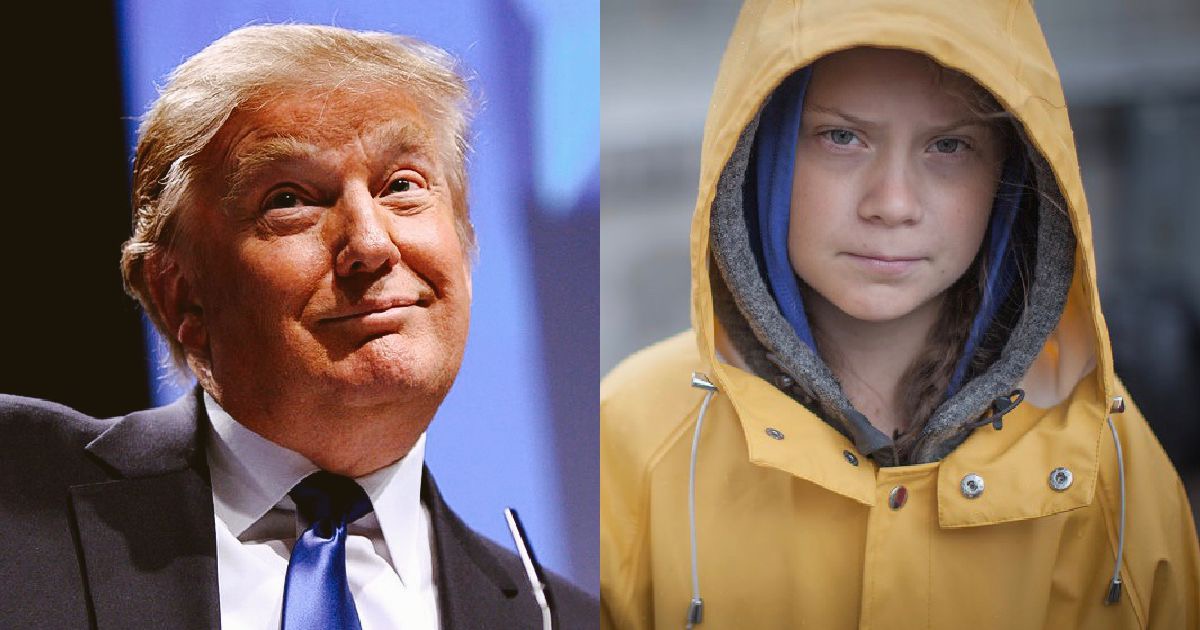 Like the legendary Mr. Smith who went to the capital city before her, Greta was the talk of the town – not only for her youth and uniqueness, but for the guffaws her U.S. debut ignited. Unlike Mr. Smith, whose optimism was the object of ridicule, Greta’s pessimism stole the show with scenes like the following:

Stride past your haters

Let them stew in rage and resentment pic.twitter.com/U59nQdAN8e

Her speech before the U.N. drew the amusement of a high-profile figure: Donald Trump. Instead of lashing out viciously as he is wont to do, Trump responded to Greta’s speech with a bit of tongue-in-cheek Twitter humor:

She seems like a very happy young girl looking forward to a bright and wonderful future. So nice to see! https://t.co/1tQG6QcVKO

One can say a lot about Trump’s tweets (they’re often nasty, mean, and vicious) and Greta’s rhetoric (it seems a bit theatrical), but in this instance, I give them credit. They both took tense situations and turned them into humorous events.

That’s a rare occurrence these days, particularly for those in positions of influence. This is because, as journalist Malcolm Muggeridge explains in a 1958 edition of Esquire, “Power, indeed, is inherently ridiculous, and those who traffic in it are rarely, if ever, dowered with much sense of appreciation of humor.”

Muggeridge goes on to support this statement with examples from history:

Lincoln—perhaps the sweetest, certainly the most melancholic ruler of modern times—enjoyed only very rudimentary jokes. As for our contemporary dictators, the single witticism of Mussolini recorded by his son-in-law and foreign minister, Ciano, was made on the occasion of Neville Chamberlain’s death. Hitler and Stalin, as far as we know, neither joked nor appreciated jokes on the part of others, though the Führer occasionally indulged in imitations.

Humor is rare these days because of political correctness constraints. Mel Brooks and Carol Burnett have bemoaned this in the past, while Dave Chappelle is currently fighting this trend with his “Sticks and Stones” show. That Trump and Greta can engage in public lightheartedness is a sign that our society still has an element of freedom to it. To quote Muggeridge again:

In totalitarian societies, humor is virtually abolished, and only exists at all as a kind of Maquis or resistance movement. Krokodil, the official Soviet humorous magazine, is so unfunny as to be painful, and makes the London or New York Times seem, by comparison, a Marx Brothers script.

His next sentence is a wake-up call for Americans: “Humor, in fact, is an aspect of freedom, without which it cannot exist at all.”

The glimmers of humor slipping through the cracks – through Trump, Greta, and Chappelle – should give us hope. All is not lost. A few people still know how to laugh at themselves and others. If we continue to fan the flames of humor, our society has a much better chance of remaining free.

This post Trump, Greta, and the Faint Heartbeat of American Humor was originally published on Intellectual Takeout by Annie Holmquist.

Can Antitrust Laws Open the U.S. Political System to Competition?