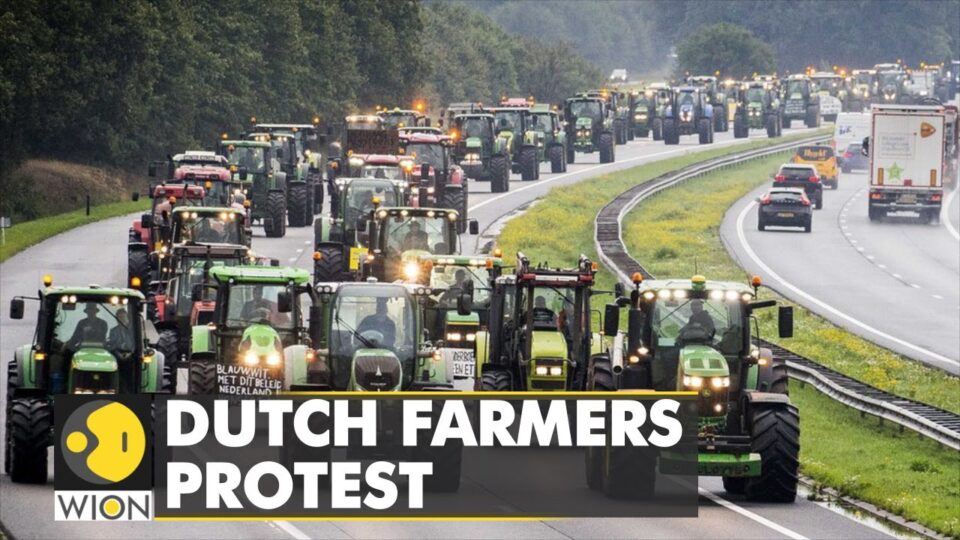 As governments, businesses, financial institutions, environmental groups, and the radical left are consumed with anxiety over climate change, they seem to ignore every other issue confronting humanity. Or—is their use of climate change a false narrative to hide their real intent? The recent baffling actions by governments in Sri Lanka and the Netherlands point to the establishment of “New Green Republics.”

In the United States, the Biden administration just took a big step toward creating a New Green Republic with the passage of the falsely titled “Inflation Reduction Act.”  This new law may not reduce inflation, but by pumping another $370 billion into the economy, it sets the cornerstone for the new Republic.

Will these new republics be utopias or dictatorships? While only time will tell, a few places on earth are giving us a glimpse of the future.

Sri Lanka is an island nation off the coast of India. It had been rebuilding itself for decades after years of authoritarian rule. Its agriculture yield had so dramatically increased it had become a middle-income nation until its government banned the use of fertilizers for growing crops. The nation quickly became a nightmare with people starving, a third of its land dormant, crop yields cut in half, energy shortages, and skyrocketing inflation. The people revolted.

At the same time, the Netherlands government announced plans to cut nitrogen and ammonia emissions, thereby forcing thousands of family farms to be closed. Another baffling move since Dutch farmers are the second largest food exporters in the world. The farmers launched protests similar to the Canadian truckers. The protests are ongoing.

Across the world, green governments are seeking to ban new factory farms, pesticides, and even the use of pesticides on private property, beef, turkey, chicken, and cheese. Environmentalists are even organizing a revolution against factory-made food. To some, the entire food system is a threat to the environment.

Several commentators attribute Sri Lanka’s fall to its president “being under the spell of western green elites peddling organic agriculture and seeking a high ESG” (Environment, Social and Governance) rating. Sri Lanka has a near-perfect ESG score of 98. The U.S. has a 51, down with Cuba and Bulgaria. The Netherlands has a 90.7 ESG score.

These woke-type governments are choosing “climate and ESG goals at the expense of feeding their populations and enabling citizens to keep their homes warm during the winter.” The Biden administration is also obsessed with following this path.

An ESG score is a numerical measure of how a corporation or country is perceived to perform on a wide range of environmental, social, and governance topics. The operative word in the definition is “perceived.” Unfortunately, there is a gap between what is real and what is perceived. An ESG score is simply a branding effort by authoritarian governments to secure money from international organizations.

This is where government decision-making becomes baffling. An ESG rating “explains” how a nation’s risk factors impact the long-term sustainability of the economy.  Why would a country with a growing economy and high ESG rating intentionally ban pesticides and harm the economy and health of its people? Why would the Biden administration want to eliminate fossil fuels and the 6,000 essential products made from its components to sabotage the living standards of Americans?

Decisions to throw a nation into turmoil actually conflict with the theoretical goal of ESG, which is to help investors assess the sustainability of a country. A nation in chaos is not sustainable under any circumstances. These arbitrary decisions more closely resemble decisions made by Caligula, the Roman emperor who gave his horse a majestic house and, to prove his absolute power, sought to appoint the horse to the high office of consul before being assassinated.

A “spell” to protect the environment should cause the bewitched ruler to protect the environment; while destroying the means to produce food or energy, the ruler forces the nation into chaos, perhaps revolution. Both outcomes destroy the environment. There must be a more existential reason.  Either it is a drive to form a utopia, or it’s the implementation of the radical environmental community’s long-held belief that humanity is a cancer on the earth, and must go.

Finding utopia has been a dream of philosophers for centuries. Their dreams are structured around a beneficial elite; religious dogma, science, communism, or totalitarianism.

If the ruler takes the utopian path, it would have to take the path described by some as the “Great Reset.”  ESG would become a “social credit system to drive ownership and production away from the non-woke or non-compliant.” It is a system in which profitable monopolies and the state rule by controlling data, artificial intelligence, genetics, nanotechnology, and robotics. Humans would only know what the elite allow them to know. All human thought would be controlled by the elite.

The major problem with the utopian model is the difficulty of feeding seven billion humans. The elite would have to develop a massive food production system which would be extremely expensive, especially with bans on pesticides and many foods. It would literally require the enslavement of much of the population. Since the cost of supporting billions of people in utopia is too high, the elite need an easier plan to control humans.

Plan B is the plan the radical community has written about for a century, the mass reduction of humans. The Left’s Little Red Book on Forming a New Green Republic is a collection of quotations from the radical left that supports this view in their own words.

The famous undersea explorer, Jacque-Yves-Cousteau noted, “It’s terrible to have to say this. The world population must be stabilized and to do that, we must eliminate 350,000 people per day This is so horrible to contemplate that we shouldn’t even say it. But the general situation in which we are involved is lamentable.”

One of the wishes of Prince Phillip, Duke of Edinburgh, President of the World Wildlife Fund International was “If I were reincarnated, I would wish to be returned to earth as a killer virus to lower human population levels.” And, our college-age students are being taught that government must focus on reducing the world population by at least 80%.

Perhaps the most honest discussion of humans being cancer on the earth is presented in a 2019 essay in “Culturico,” a Swiss Cultural platform that bills itself as fighting misinformation. “Culturico” compares humans to cancer cells. The environment is our host, and humans’ selfish, harmful actions are destroying the host, just as a tumor would destroy living organisms in our body. The platform goes through the five steps of how tumors spread cancer. The essay ends with the question, “Can we conclude that humans are a cancer? Yes, we are.”

If the environmental community believes its own writings, and there is no reason to doubt its beliefs, its long-term goal is to radically reduce the human population on this planet.

So, the next time some ruler—be it president, minister, or chief—performs a baffling act that harms a large number of people for some inexplicable reason, ask yourself what the ruler’s real intentions are. The ruler may be stupid, evil, or power-hungry, but the ruler may also be following the elite’s playbook of wanting humans gone so they can inhabit the earth without us cancer cells threatening their reign of the planet. 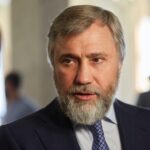 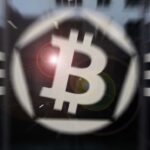 IN THE MIDDLE OF A POSSIBLE RECESSION, WHY IS BITCOIN GOING UP?