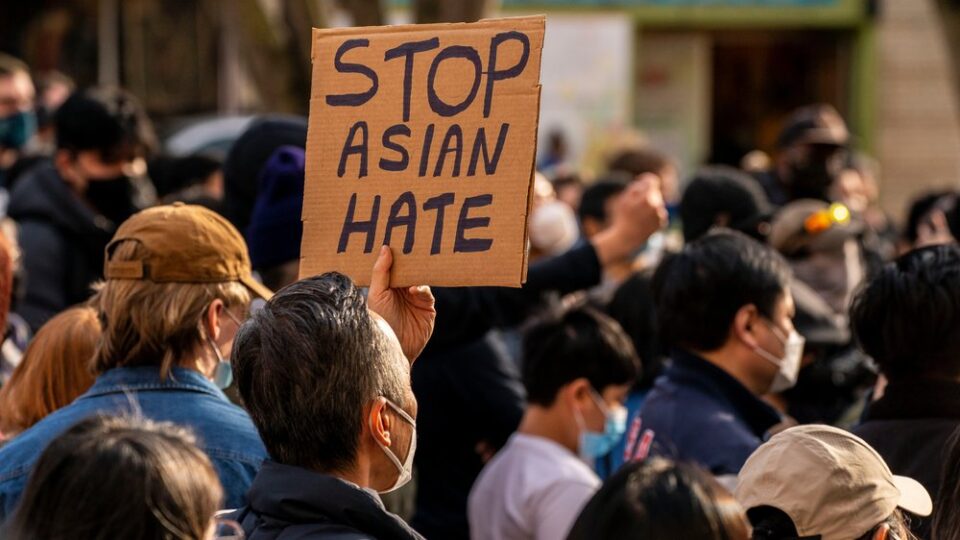 Well before the #StopAsianHate and #AAPIHate hashtags were a phenomenon, I reported on the rise in crimes against Asian Americans, and equally important, who was committing them.

Yet, the idea of meritocracy, a deeply held Asian belief that contributes to their success, is seen by anti-racists as a myth that furthers white supremacy.

But before we get into the current state of affairs, let’s take a trip down memory lane. Afterall, history is a good indicator of future action.

The 1992 L.A Riots disproportionately targeted the Asian American Communities in both Koreatown and Little Tokyo. Thousands of Asian American owned businesses were damaged and destroyed in those riots. But why there?

The beating of Rodney King happened 20 miles north of those districts, after leading police on a chase all throughout Los Angeles. All five of the arresting officers were white. The only link between the Rodney King incident and the Asian American Community is that King was driving a Hyundai. No rational link exists that can be explained behind the targeting of the Asian American Community. So clearly, in the absence of a rational explanation, we have to look at the irrational ones. And where irrational explanations are concerned, Occam’s Razor tends to reign supreme; the simplest explanation is the most likely.

This era gave birth to what many Libertarians lovingly know as the Rooftop Koreans—immigrants in Koreatown who stood on their business rooftops with semi-automatic weapons pointed down at the street. They were prepared to shoot anyone who threatened their livelihoods that they themselves had built. Many of which were built off of little more than the shirts off their own backs after crossing the Pacific Ocean. 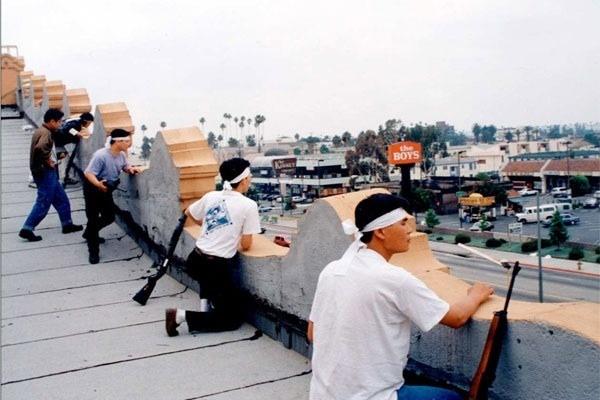 But why the Asian American Community during the Los Angeles Riots? The simplest and most likely explanation is that they’re seen as less threatening. That they’re smaller and more polite, or anti-confrontational, so they’re easy to push over. However, it turns out they’d rather shoot you than have their livelihoods destroyed. They’ve never been forgiven for not being easy and willing sacrifices.

This has become a major problem in the bluest cities of the blue states of New York, California and Washington. Violent crimes against Asians continually spring up in New York City, Los Angeles, San Francisco and Seattle. The vast and overwhelming majority committed by African Americans.

In order for change to occur, a real conversation needs to occur. However, the Black Lives Matter narrative has such a strong hold on these cities that Asians pointing out the obvious would ultimately work against them. The white supremacy narrative would be pushed harder against them should they call out the group attacking them. The Asian community who has been continually attacked by the African American community would be painted as the aggressors for simply asking questions, or pointing out the overwhelmingly obvious demographics. A bias clearly exists here where Asians in their plight cannot have an honest conversation.

If an honest conversation were to be had, then clearly key figures in the African American and Asian communities would have had summits or meetings by now. That hasn’t happened. The Asian community is allowing themselves to be victims to prevent being further attacked and victimized on a larger scale for speaking out. You can’t blaspheme the Left’s golden calf.

People on the Left have tried to equate Asian Hate Crimes with White Supremacy. To a degree they’re correct, but not for the reasons they think they are. Asians aren’t being attacked by white supremacists. They’re being attacked by leftist African Americans. They’re being attacked because institutionalized leftists have aligned Asians with white supremacy, largely academically, for being the inconvenient minority. It has nothing to do with the China Virus. It has everything to do with white leftists stripping Asians of their agency.

In Thurston County, WA, the county which houses the Washington State Capitol, we saw the school district remove Asians from the minority status and report them academically with white students. They did this purposefully to keep the “people of color” academic metrics lower. Why? To lower the standards and continue to push for “equity.” In doing so, they declared open season on Asians.

Universities by and large have discriminated against Asians and lowered their representation by not admitting qualifying Asians into their college programs. This is done also in the name of “equity.”

This scene has been set. The people who are responsible for it will throw hashtags on social media, and cry crocodile tears, while continuing to propagate the underlying problem and breed discrimination against the Asian community.

I’m just saying— maybe it’s time for Asians and rifles to pair up again. You have no friends on the left, regardless of what points they earn on social media by pretending to be your friend at your expense.

As a family with Asian children, I’m on the verge of cutting leftists out of their lives until said leftists take responsibility. Regardless of relationship or relation.

We don’t entertain our enemies in this house.

How to Start a CBD Business