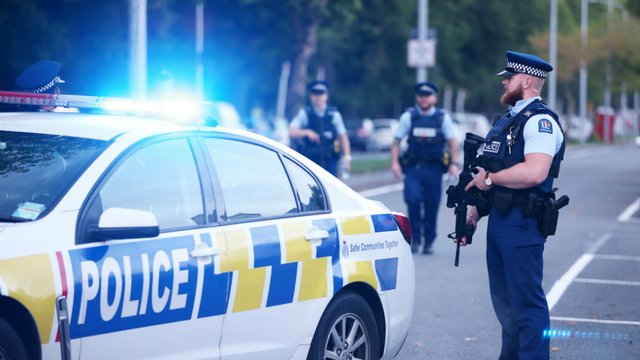 I will not be using the name of the New Zealand shooter. Nor will I be providing links to the video of the terrorist attack or to the manifesto itself.

The manifesto written by the New Zealand shooter was a long-winded Bond Villain style plan reveal. It was a difficult read in a number of aspects.

It’s important to note before I continue that there were several data points in the manifesto that were correct. This certainly doesn’t mean that I share his conclusion, or even his societal interpretation of the data. It’s important that you can make these distinctions as well. If I can, you can. After all, his manifesto was a referendum on individualism; my core belief system.

Still, some people will reject my analysis as I dive into the concerns, based on the fact I acknowledge them, even though I will be actively refuting his view of the data. They will laugh off the warnings I’m going to give based on a wide philosophical disagreement with shooter.

This is a dangerous thing to do.

The political leanings of the shooter have been all over the place, and not in a linear growth fashion. He states he went from being a Communist to an Anarchist to a Libertarian to a Fascist.

To go from being a Communist to an Anarchist is a complete polar switch. This is a leap from the largest and most brutal form of government to absolutely no government.

Stating he went from being an anarchist to a libertarian is redundant, since an anarchist is a libertarian. Anarchism is just one tribal ideology in the libertarian tent, and he did not specify which tribe he shifted to. Voluntaryist? Agorist? Cosmopolitarian? Minarchist? Conservatarian? Paleo Libertarian?

Then to turn back around and go to fascism, the cousin of communism is also hard to believe. The individualist ideology of libertarianism is not a natural bridge between the collective ideologies of communism and fascism, considering these two share much more in common. Libertarianism is in no way related to either, and doesn’t serve as a convincing pathway between them.

The shooter stated that he was inspired by Candace Owens, but added that even she was too extreme for him. He also credited the video game Spyro The Dragon 3, and even praised communist China as having his favorite system despite having harsh words in his manifesto for Marxists.

He didn’t have anything nice to say about capitalism, either.

All of the above is for the purpose of quick talking points to get everyone pointing fingers at each other. This also supports one of his stated objectives:

“To create conflict between the two ideologies within the United States on the ownership of firearms in order to further the social, cultural, political and racial divide within the United States. This conflict over the 2nd amendment and attempted removal of firearms rights will ultimately result in a civil war which will eventually balkanize the US along political, cultural and, most importantly racial lines. This balkanization of the US will not only result in the racial separation of the people within the United States ensuring the future of the White race on the North American continent, but also ensuring the death of the ‘melting pot’ pipe dream.”

His objective is already working.

He is what is known as an accelerationist, or someone who views a system or societal collapse as inevitable, and is trying to bring it about as quickly as possible. It’s his belief that such a collapse is preferable while white people are still a majority in Western nations, whereas they would have the ability to reassert power by molding a new society, and expelling immigrants.

Much of the manifesto is a masturbatory Q&A, where he poses questions to himself and then answers them. He asks the question, “are you a Fascist?” and answers, “Yes, for once the person that will be called a Fascist, is an actual Fascist.”

That is actually a very important distinction. Fascists don’t have a problem calling themselves such, and view the term favorably without embarrassment or stigma. In other words, the ANTIFA championed Fascist witch hunt against every Conservative under the sun is doing themselves absolutely no favors.

If someone asserts they are not a Fascist, it is more than reasonable to take them at their word. ANTIFA is largely delegitimizing themselves now because they can’t see the forest for the trees, when they may have a purpose later. Also their movement considering Communism to be the only true form of Anti-Fascism isn’t helping, considering how uncomfortably close the two ideologies actually are.  It’s not a night and day difference; it’s a Coke and Pepsi difference.

Aside from this particular point in his Q&A, I’m not going to grant any more time in this writing for his Ode To Himself.

And now we move into Dystopia.

The overall theme in his manifesto centered around White Replacement, or when white people are no longer a majority. He states that this will occur in America through three different factors.

The first is through a steady stream of immigrants who have higher fertility rates. The second factor is the currently lower fertility rate of white people. Lastly is the aging and inevitable death of the Baby Boomer generation, who were born in an age when having larger families was commonplace, where this is no longer the case.

Individualists like myself, who are much the object of his ire, see no theoretical problems here as rights should belong to individuals and not collective groups or identities who battle each other for leverage in society.

But we do indeed live in a collectivist society, and this is where the principles of individualists will be tested.

The religious right leveraged the power of the federal government to prevent same sex marriage for the length that it was. Once this was overturned, the LGBTQ community has been leveraging Government to force unwilling parties to become unwilling participants at the threat of destroying entire careers.

This is simply the nature of Collectivism, where any collective will utilize Government power to the benefit of their collective. This is why white privilege doesn’t actually exist, but rather is a product of a collective majority. Once white people are no longer a racial majority, that torch will be passed to whoever becomes the racial majority and has the most representation in government.

But will the idea or perception of white privilege dissolve with the white majority status when white people become a minority? Don’t count on it. In fact, bet against it. This will be used to compound the natural consequences of being a minority in a collectivist society, and even to justify more extreme consequences.

Don’t count on such a transition being peaceful from those losing a racial majority status.

Democratic Presidential Candidate Andrew Yang (The UBI guy) raised eyebrows after stating in a speech that we were only a generation away from white people shooting up Chinese or other Asian churches.

Yang continued in his replies on Twitter that disintegration and descent of white people to a minority class would not be peaceful.

So why in particular Chinese people? Yang cited China’s emergence as a world super power which will become stronger than the United States.

What Yang did not mention is hiding in plain sight, right underneath everyone’s noses. U.S. real estate is a popular investment for Chinese nationals. People may not be extremely privy to this now or understand the extent of it, but if you work for real estate or property management firm, you’re well aware.

If you’re a renter who pays monthly rent to a property manager, then there’s a decent chance that your actual landlord lives in Beijing.

This will become an exceptional pain point especially after the decline in Baby Boomers begins, whose homes are bought by the Chinese as investment properties. The Chinese will be just as good a boogeyman as anyone, especially when a case will be stirred that they are “buying up America” or invasion through commerce.

It will be likened to what is known as a Hostile Takeover, when one company buys another by buying a 51% majority of a company’s shares. I can almost guarantee you that Hostile Takeover will be the buzz phrase/dog whistle used. Within the next decade you’ll probably begin hearing of people calling for American homes to only be sold to Americans, and this will be why.

As much as fascists hate “invaders,” what they hate more is what they consider to be mutiny or treason from an individual white person against the white collective. The New Zealand shooter stated in his manifesto that who he hated even more than the Muslims he gunned down was any white person who joined Islam.

This same principle applies as well to what is known as a race traitor, or people (like myself) who married and procreated outside of the white race. I married a Japanese woman and have half Japanese children. I don’t expect white people to know the difference at a glance, fighting their descent to a minority amidst a predicted turmoil against the Chinese. This is worrisome to me.

Speaking of Japan, this nation refutes one of the centerpiece points in the manifesto. The shooter used Asian countries as an example of systems with high ethnic purity leading to fertility. He believed that expelling immigrants from America would help induce a higher birth rate among whites.

Japan has an ethnic purity rate of 98.5%. Yet, Japanese people have a diminishing fertility rate and an aging population. There are more than 8 million vacant homes in Japan just sitting and decaying as rural Japan dies. The population is aging, with 28% of the people being retired. At the current trajectory, this rate is expected to increase to 40% in the next few decades.

Japan will be facing a crisis of a shortage in taxpayers needed to sustain a top heavy retired population. They are already beginning to relax work visa requirements, as they will need immigrant workers to prevent their society from collapsing. It very well still might collapse regardless. These obstacles may be too large to fight, save for something drastic and immoral like retiree euthanasia (which I am certainly not calling for). But in the coming years there will undoubtedly be generational friction between the (increasingly) burdened taxpayer and the retiree.

ANTIFA would have you believe that all four of those are the same thing, essentially regurgitating the old and tired Bushism of “If you’re not with us, then you’re with the terrorists.”

Some people may step over one of these lines in one direction or the other, but they are very aware that they’ve crossed over a distinctive line. I cross back and forth over the libertarian/conservative line frequently. I vote for both Libertarians and Republicans. In situations where I voted Republican, believe it or not, I’m well aware that I didn’t vote for the Libertarian candidate and vice versa.

It may sound silly to an individualist like me, or a collectivist who looks forward to the day white people are no longer a majority. But don’t let the silliness of the idea fool you. Don’t laugh it off. There will be fighting age men pushing back against this shift. You are in danger. It will become domestically violent to a degree nobody in our lifetime has ever seen. People will die. 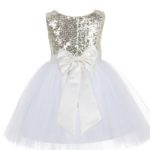 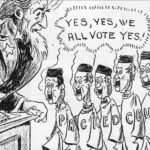