“I do not see why man should not be just as cruel as nature.“ 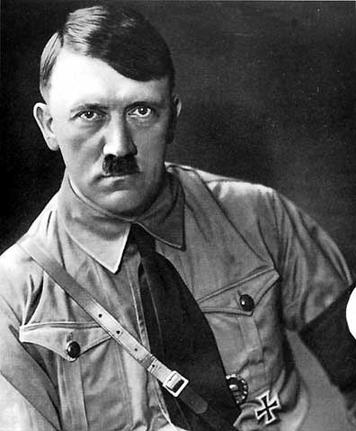 Before becoming the leader of the Nazis (the National Socialist German Workers’ Party), Hitler’s murderous legacy would begin on November 8, 1923, in a failed coup that ended up killing sixteen NSDAP members and four police officers; landing him in jail.

Hitler was appointed chancellor in 1933 and began his Third Reich. Between 1939 and 1945, the Schutzstaffel (SS), assisted by collaborationist governments and recruits from occupied countries, was responsible for the deaths of at least eleven million people, including 5.5 to 6 million Jews (representing two-thirds of the Jewish population of Europe, and between 200,000 and 1,500,000 Romani people). Early on, Hitler had authorised a euthanasia program for adults with serious mental and physical disabilities called Action Brandt. He approved killing squads (Einsatzgruppen) that followed the German army through Poland, the Baltic, and the Soviet Union—and he was well informed about their activities.

By summer 1942, Auschwitz concentration camp was rapidly expanded to accommodate large numbers of deportees for killing or enslavement. His death is said to be nearly 17 million.