“In this country, some aristocratic families automatically categorize persons with dark skin, thick lips, and kinky hair as Barias… let it be clear to everybody that I shall soon make these ignoramuses stoop and grind corn!” 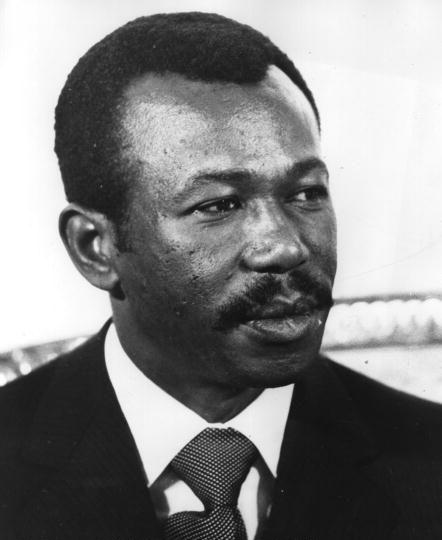 Mengistu Haile Mariam is a politician who was in power from 1974-1991 as the President of the People’s Democratic Republic of Ethiopia. It is rumored that he had smothered the previous president, Haile Selassie, in order attain power, however, he has always denied these claims. He is well-known for his role in the Ethiopian Red Terror, which was a campaign of repression led by the Derg (communist militia in Ethiopia). In his introductory speech Mengitsu yelled, “Death to counterrevolutionaries! Death to the EPRP!” Then he took three bottles filled with blood and threw them to the ground.”

His leadership proved to be a murderous rampage, with thousands of people being killed and found dead on the streets in the years which followed. Much of the murdering can be attributed to the friendly neighborhood watch known as “Kebeles.” He would then charge the family a tax, which was entitled “The Wasted Bullet” if they wished the body of their loved ones to be returned to them. Those would be the lucky ones, the unlucky deceased would be left on the street where wild hyenas would fight over their corpses. The campaign has been described as one of the worst mass murders in Africa ever. Mengistu is even known to have his garroted people to death.

Mengistu fled to Zimbabwe in 1991 at the conclusion of the Ethiopian Civil War and remains there despite an Ethiopian court verdict finding him guilty in absentia of genocide. His estimated death toll number for which he is responsible runs anywhere within a range of 500,000 to 2,000,000.