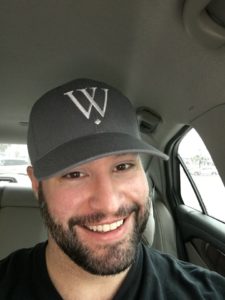 Joshua Wilson, C.M.T. is under the radar for most Libertarian readers—perhaps because this former farm boy from rural Alabama is busy leading a free-market lifestyle and building a business. Wilson anchors nationally ranked investment advisory firm WorthPointe Wealth Management as a Partner and Chief Investment officer. Classifying Wilson remains a difficult task.  A former Ivy League football player, he stands 6’4″ and tips the scales at 250 pounds—which we can’t help but note would be an imposing figure to have standing behind a podium one day.

Josh is a particularly interesting figure due to his background and ability to relate to a wide audience. How many can honestly say they’ve earned acceptance by intellectual elite, raised by a blue collar Christian minister in the Deep South, and have been named one of the hottest bachelors in a large city?