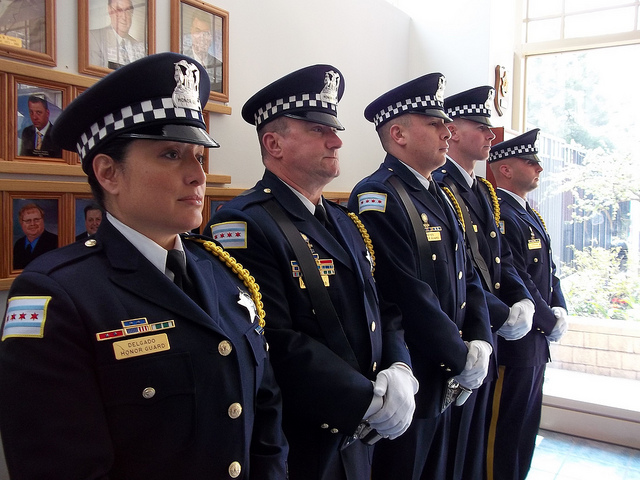 Chicago’s homicide rate exploded in the month of January, and now police are scrambling to do something about it.

Chicago had 272 gunshot victims and 51 homicides in January, the highest total for the winter month in 16 years. In fact, the rate is so high, there are nearly two murders a day. While in 2015, the city had 29 homicides for the same month, and in 2014 there were 20 murders — the total has more than doubled in two years.

A Chicago Police Department (CPD) spokesman told The Daily Caller News Foundation the department is increasing police visibility and cracking down to combat the spike in homicides.

“Both figures represent unacceptable increases from 2015 and were driven primarily by gang conflicts and retaliatory violence,” CPD Director of Communications Anthony Guglielmi told TheDCNF. “To address the increase in gun violence, the police department has implemented a series of new enforcement measures while targeting enforcement of gang organizations and working with our criminal justice partners on trying to reach future victims and offenders.”

But the month of February is off to a grisly start. Just on Thursday, five people and a child, were found dead in a Chicago home.

Guglielmi told TheDCNF the CPD was transferring 350 police officers and 31 sergeants from foot patrol to vehicles so they can cover more ground and have a more visible presence in the area. The department also made targeted raids in “problematic” areas, and shut down certain businesses that were hubs of criminal activity.

“[Jan. 28] alone the result of one of these raids resulted in 64 arrests, 40 of whom are documented gang members, the seizure of over $200,000 worth of narcotics, and 19 weapons including an AK-47 – a firearm meant for the battlefield, not a city street,” Guglielmi said.

The CPD has also teamed up with the Cook County Sheriff’s Department to visit more people on supervised release and track down more Chicagoans with outstanding warrants.

“While we have much more work to do, the entire Chicago Police Department is determined to keep every Chicagoan safe,” Guglielmi explained. “We will continue to work tirelessly on ways to stop violence, and restore accountability and trust in communities throughout the city.”

The spike in crime comes after a series of CPD scandals that have marred the department’s reputation. The Guardian reported in February of last year that the department was operating a secret site where detainees were allegedly beaten and illegally kept from their lawyers.

Since then, multiple questionable police shootings have outraged locals, most notably, the death of 17-year-old Laquan McDonald. Chicago Mayor Rahm Emanuel tried to keep a video of McDonald’s death hidden from the public, but it was released late last year. The video shows McDonald, who is black, appearing to move away from officers as he is shot 16 times.

Since the release of the tape, protests and calls for Emanuel’s resignation have embroiled the city. Now, it appears a skyrocketing murder rate will be on Emanuel’s plate as well.