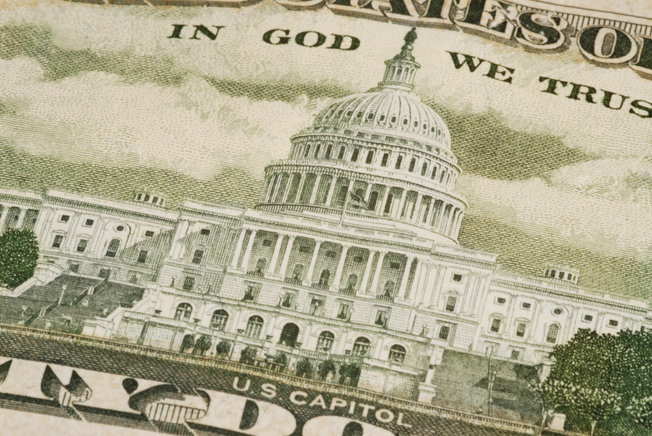 Lawmakers’ pay would be docked 5 percent the first year and an additional 10 percent each year after, according to the legislation. The Fiscal Responsibility Act of 2016 would restore compensation levels upon the closure of the deficit.

“As a career small businessman, I know firsthand the consequences when businesses mismanage resources. But unlike the private sector, Congress faces no penalties for failure,” Blum said in a statement. “Year after year we’ve seen the same thing: grand promises of future savings while our national debt continues to skyrocket. For the sake of our children and grandchildren who will be stuck paying off our $19 trillion debt, it’s time we make our politicians face the reality of our fiscal crisis by hitting them where it counts: their own pocketbook.”

Republican leadership said they aim to vote on a budget resolution the first week of March, The Washington Post Reports.

The Congressional Budget Office reports the country faces a $544 billion deficit for the 2016 fiscal year.

CBO on Obamacare Replacement: Federal Deficit Reduced by $337B, 24 Million Uninsured by 2026