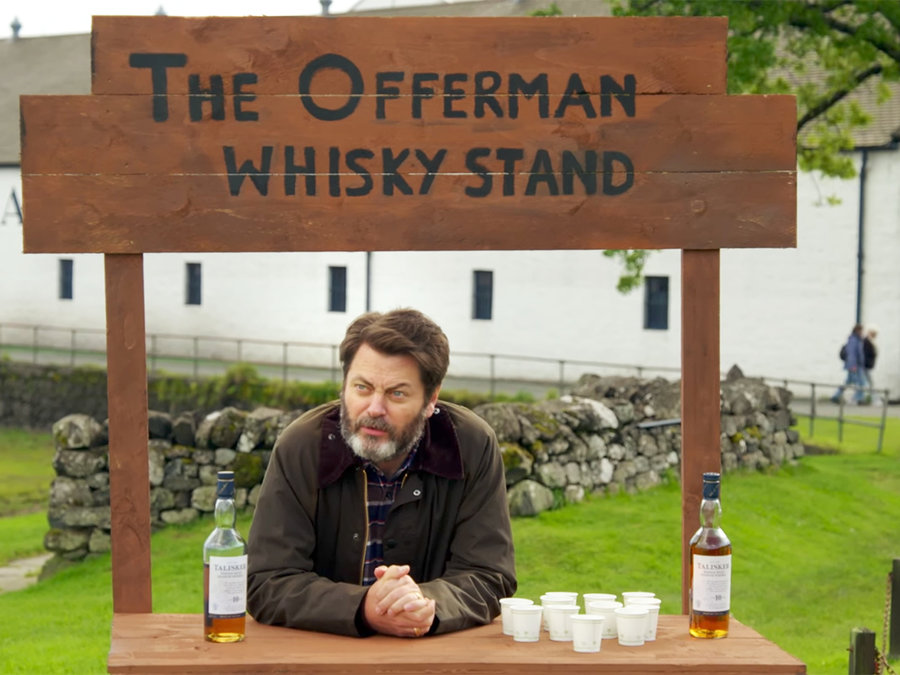 It has really been two years since NBC aired the final episode of “Parks and Recreation.” I, personally, miss the shenanigans of the Parks and Rec department in the fictional city of Pawnee, Indiana sometimes. If not only for the creation of the now infamous character that is Ron Swanson (Nick Offerman).

For those who are unfamiliar with Mr. Swanson, he was the director of the Parks and Rec department and a notorious believer in the free market. Yes, you are not mistaken: the director of a (fictional) government agency was actually a libertarian.

For many actors, a role is nothing more than a role. However, it appears as though Nick Offerman has refused to retired his patriotic/libertarian character just yet.

On the Vanity Fair Youtube Channel, Offerman gives us insights on how to behave with more common sense.

We see his most libertarian side in a recent ad for Talisker Single Malt Whiskey when the actor announced that he will soon open his own distillery in Scotland. But before he can even start, he faced a humongous amount of regulations:  permits, background checks, licenses, etc. In light of the burdens he faced, Offerman decided to just open a whiskey stand which – as it turns out – is illegal as well (a wink at the lemonade stand war of 2011).

Even though the clip is meant to be a comedic sketch, it shows the harsh circumstances business owners make when attempting to open their own businesses in Europe. Dozens of seemingly unnecessary regulations need to be met before production can even take off. Resulting in higher costs and less innovation all around… and that is unfortunate for everyone.

The full clip can be found here.

READ MORE: How To Teach Children About The Proper Role of Government: by Ron Swanson (VIDEO)