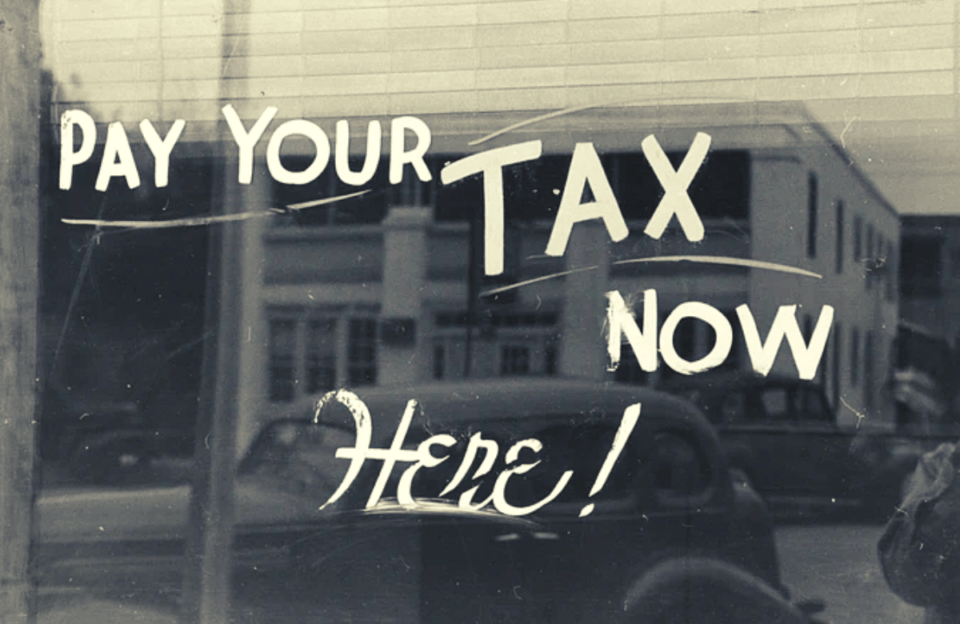 Is theft ever moral? What if it’s for a good cause? What if someone stole only the money you didn’t need and donated it to charity? Would that be okay? Would it be appropriate for a needy individual to steal your money because his children need education, clothes, or even food? Of course not! He would be promptly and properly jailed. Yet, when the federal government does this very thing, we not only accept it but many consider it to be a just and moral act.

The fact is taxation is theft, and theft is immoral. Some will argue that taxation is needed to help with this cause or that, but we have just established that theft is immora—even for the most noble purpose. Legalized theft is a violation of natural rights, as Ron Paul writes in his book Liberty Defined:

“Taxes and the power to tax have been destructive to civilization and all progress. The whole notion of running the economy and the world and paying for it through forcibly extracting taxes from productive individuals violates the principle of natural rights.”

It is not only immoral, but the current form of the federal income tax is expressly unconstitutional:

In other words, the Constitution did grant the federal government taxing authority, but only if said tax was uniform throughout the land. Our current progressive tax code is anything but uniform. It puts one tax burden on one individual and zero burden on another individual. Article 1, Section 2, Clause 3 and Article 1, Section 9, Clause 4 bar indirect taxes and apportion direct taxes to the States. In other words, the federal government was intended to be funded under a system that taxed the states an equal percentage relative to the population of the state. The federal government has no say over citizens of a sovereign state; thus, no right to confiscate any portion of his income.

Most will point to the 16th amendment as the answer to the unconstitutional problem. If the 16th amendment had been properly ratified, they would be right. It would have still been immoral theft, but at least it would have been legal. The problem is that it wasn’t properly ratified. First, there were numerous spelling and punctuation errors in the signed amendment, making it technically illegal. Second, there is some discrepancy as to whether Ohio was even considered a state at the time it signed ratification documents. Finally, the amendment was passed under the cover of darkness with many states not having enough legislators available to make their state’s vote legal.

It has been claimed, that even ignoring spelling and punctuation errors, we would still have only two states that successfully ratified. In order for an amendment to become law it must be ratified by 2/3 of the states.

“If you…examined [The 16th Amendment] carefully, you would find that a sufficient number of states never ratified that amendment.” – U.S. District Court Judge James C. Fox.

It has also been argued that,

“Even if the 16th Amendment were properly ratified, according to Article 1, Section 9 of the Constitution, it has always been unconstitutional for the U.S. Federal Government to directly tax “We the People” in their property, wages, salaries, or earnings. U.S. Supreme Court Judges repeatedly rejected any claims that the 16th Amendment changed the constitutional limits on direct taxes:  Brushaber v. Union Pacific R.R. Co., 240 U.S. 1, The Supreme Court ruled that the 16th “created no new power of taxation” and that it “did not change the constitutional limitations which forbid any direct taxation of individuals”.  This and other similar cases have never been overturned.” (Liberty for Life)

Federal taxation is not only immoral and unconstitutional, but it is also counterproductive. It harms the very causes it claims to support. It harms charity by teaching individuals that we need not donate money to charity—the government will do it for us. It is harmful because it takes away income that could be used for productive and charitable purposes and funnels it in to an organization that cannot effectively run a post office. Federal taxation is immoral because it steals from moral, productive members of society and feeds the immoral and unproductive.

Dr. Ron Paul expands on this when he addressed Congress on February 13, 2003:

”As with all proponents of welfare programs, the supporters of H.R. 4 show a remarkable lack of trust in the American people. They would have us believe that without the federal government, the lives of the poor would be “nasty, brutish and short.” Politicians and corporations and largely at the expense of the most vulnerable.  However, as scholar Sheldon Richman of the Future of Freedom Foundation and others have shown, voluntary charities and organizations, such as friendly societies that devoted themselves to helping those in need, flourished in the days before the welfare state turned charity into a government function. Today, government welfare programs have supplemented the old-style private programs. One major reason for this is that the policies of high taxes and inflationary Federal Reserve money imposed on the American people in order to finance the welfare state have reduced the income available for charitable giving. Many over-taxed Americans take the attitude toward private charity that “I give at the (tax) office.”

Proponents of taxation often cite some convoluted moral high ground such as fairness or helping the needy as their motivation. This is wrong-headed at best and disingenuous at worst. Warren Buffett is famous for pointing out that his secretary pays more in taxes than himself. This is a gross exaggeration because Mr. Buffett doesn’t include capital gains, property, or sales tax in his analysis, but it does lead to an interesting point. The reason Mr. Buffett’s income tax liability is so low is because he chooses to take advantage of all available loop holes and deductions. There is also a line on the tax form that allows you to donate any amount above your liability that you wish. Mr. Buffett chooses not to donate any extra. So why does someone who is so outspoken about the “need” to raise taxes on the wealthy exhaust every available resource to assure that he pays as little as possible? The answer is corporatism.

“Now does a secretary usually pay higher tax rates than a millionaire? The answer to that question is definitely not. Most secretaries don’t make that much. Salary.com put the average salary for an entry-level secretary at $33,249. The top marginal rate for the secretary would be 15 percent, and then typical deductions and exemptions would reduce the tax burden even more. If the secretary had children and no other income, the likely income tax burden would be zero.
Which leads us to another fact-check of ours. We fact-checked Sen. John Cornyn, R-Texas, who said, “Fifty-one percent — that is, a majority of American households — paid no income tax in 2009.” We rated that True.” (Angie Holan, Politifact.com)

According to the CATO Institute, the federal government spent $92 Billion on corporate welfare in 2006. This is two years before the government bailouts of Wall Street and the automotive industries. Mr. Buffett understands that the more money collected by the Federal government, the more that is available to him and his elitist friends—all at the expense of the poor and the middle class. It is often cited that the poor do not pay taxes and they do receive government benefits from collected tax revenues—so how can raising taxes harm the poor? The answer is only complex until one understands the situation.

“I am for doing good to the poor, but I differ in opinion of the means. I think the best way of doing good to the poor, is not making them easy in poverty, but leading or driving them out of it. In my youth I traveled much, and I observed in different countries, that the more public provisions were made for the poor, the less they provided for themselves, and of course became poorer. And, on the contrary, the less was done for them, the more they did for themselves, and became richer.”

By providing able-bodied men and women free food, housing, and money we are making them comfortable in their situation and providing no incentive for them to change it. According to Sheldon Richman’s article The Welfare Trap, only 15% of welfare recipients ever get off of government assistance. This is astonishing! 85% become slaves to the system.

So the natural question at this point would be: What about the poor or handicapped who legitimately need assistance, wouldn’t eliminating taxes harm them? The answer is a resounding no. The truly needy would benefit most from a free society. Under the current system, most tax revenue is spent on war and corporate welfare. The poor of this country are denied valuable resources in order to blow up and kill the poor in another country. What little is left to the welfare system is misallocated, and the poor who truly need assistance are often forced to suffer so that we may also take care of the reckless and the lazy.

Private charity does a far more efficient job of providing for the needy. If an individual is free to donate (or not donate) to the charity of his choice, organizations would be forced to compete for the available resources.  This means funds will be used in the most productive way possible. In short, those who truly need help will get it. Some will counter this argument with the question: “What if Americans don’t donate to charity?”

History has proven this to be an invalid argument. American citizens contributed more to the Haiti relief effort than all other foreign governments combined. Since the federal income tax was instituted in 1913, the rate of homelessness has increased astronomically, especially amongst handicapped individuals. In the past families, communities, churches, and other private organizations would step up and take care of these people, but now it is left to a government that has neither the authority nor the capability. In cases where government assistance is needed, it is better left to the states and local communities.

Ron Paul wrote in his book Revolution: A Manifesto that, “if the income tax were completely eliminated the Federal government would take in roughly the same amount of revenue as in the mid 90’s. Is it really so extreme to believe we could live with a government that was only as limited as when Bill Clinton was the President?” This revenue comes from tariffs and excise taxes, which is how the federal government should be funded. If you add in the revenue they could get by selling off public lands and that they would save from not having to manage those lands, it would be more than enough to operate legitimately.

In conclusion, the federal income tax is immoral and impractical. As long as there is a federal income tax, every person that participates is an accomplice (even if an unwilling one) to the welfare/warfare/police state. By allowing the Federal government to forcefully take our money, we are living under the assumption that we are state property—that the government owns our body and has rights to the fruits of the labor our body produces.

Mike Shaner is a liberty activist and writer. You can read more of his writing at www.southsidedragon.com. Follow him on Twitter @csawordsmith.

Custom Bathroom Sink: A Stylish Decision for Your Bathroom