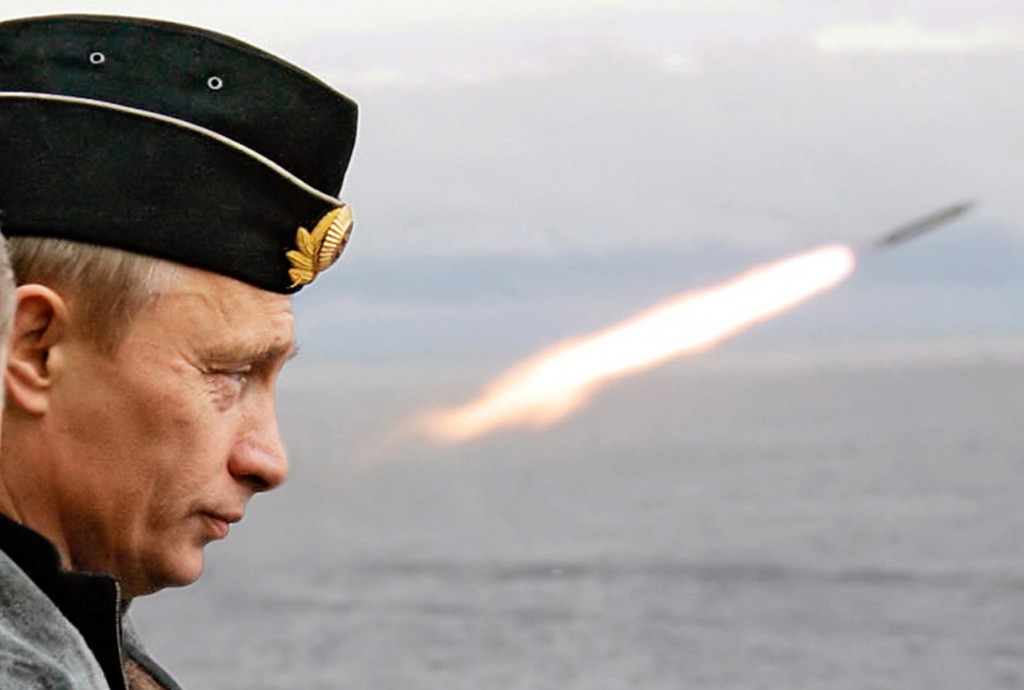 While Vladimir Putin was celebrating his 63rd birthday on ice “scoring” 7 goals and praising the Russian navy’s cruise missile strike against Syria as “highly positive,” he failed to mention to the world and his people that Russia’s missile strike actually hit a bump in road: Iran.

Despite Russian assurances that all 26 of their “state of the art” cruise missiles had hit their 11 intended targets, FOXNEWS reports:

The “Kalibr” cruise missiles were fired for the first time in combat from warships in the Caspian Sea, the official said.

There was no immediate word of any damage or casualties in Iran.

Just as it’s hard to trust Putin’s hockey skills from his birthday game in Sochi, it’s difficult to trust the true prowess and sophistication of the Russian military based on the Kremlin’s propaganda.

But it certainly makes for good T.V.

Stoner Calls Police “Too High” On Marijuana, Found in Pile of Doritos