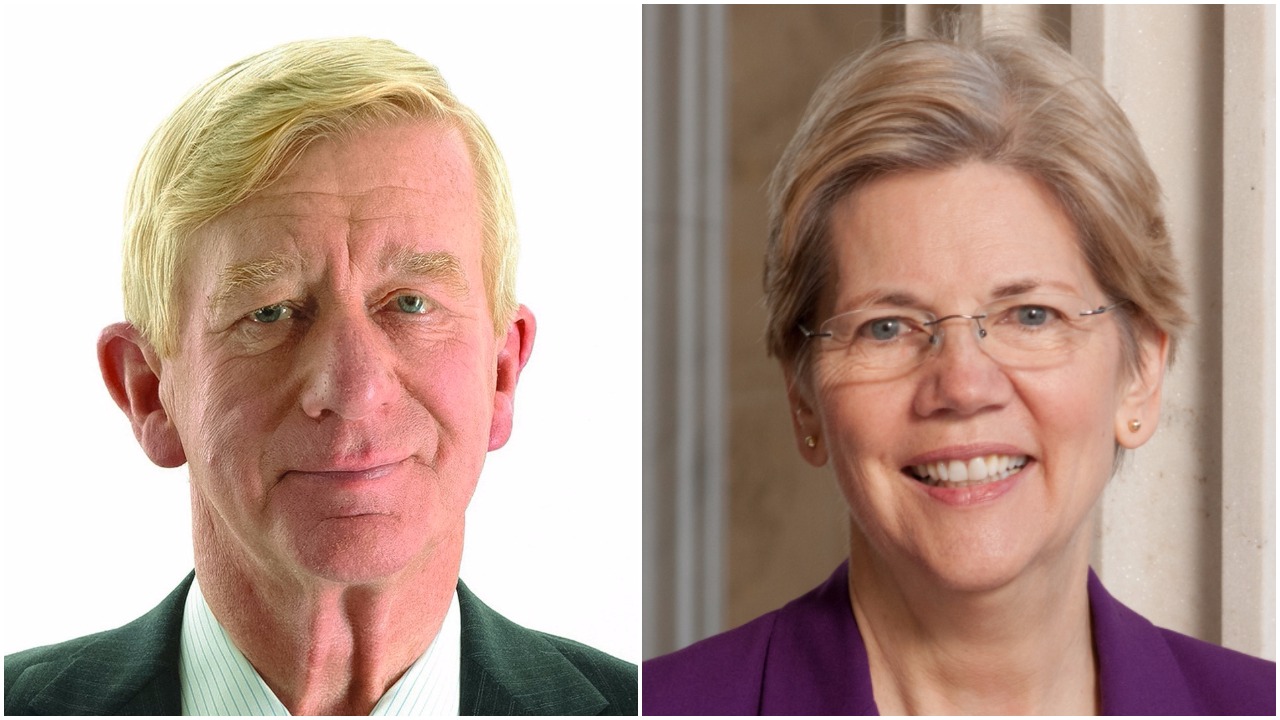 If William Weld does not win the vice presidency in November, he may still have a remaining future in politics. A new poll shows the former Massachusetts governor and Libertarian only three points behind incumbent U.S. Senator Elizabeth Warren in a hypothetical 2018 matchup. The poll, conducted by WBZ-TV, WBZ NewsRadio, and UMass Amherst, has a 4.3% margin of error. Weld does the best of the three tested against Warren, including former Major League Baseball pitcher Curt Schilling and current Massachusetts Lieutenant Governor Karyn Polito.

This would not be the first time Weld made a run at the U.S. Senate. In 1996, he challenged incumbent Senator John Kerry for the other seat in Massachusetts. Unfortunately, he lost to Kerry, though he outperformed Republican nominee Bob Dole by almost 20 points in Massachusetts. That seat has not been held by any party other than the Democrats since 1979, and is currently occupied by Ed Markey.

Elizabeth Warren was elected to the U.S. Senate in 2012, defeating incumbent Scott Brown. Brown had won the seat in a special election in 2010 following the death of Ted Kennedy. He was the first and only non-Democrat since 1953 to hold the Senate seat once occupied by both Ted and John F. Kennedy.

Libertarians have had some success running for the U.S. Senate in Massachusetts. In 2000, Libertarian Carla Howell earned 11.9%, only one point behind the second-place finishing Republican. In 2002, Libertarian Michael Cloud earned 18.4% of the vote running as the primary general election challenger to then-Senator Kerry.

In a year without a presidential election to drive Democrat voter turnout, Weld could easily perform well against the radical progressive Warren. If elected, he would certainly be an improvement over the current Massachusetts Senator and would additionally become (along with Rand Paul) one of the two most libertarian Senators in the country (and perhaps in history).

Black History Museum Omits Clarence Thomas, But Guess Who They Decided To Include…