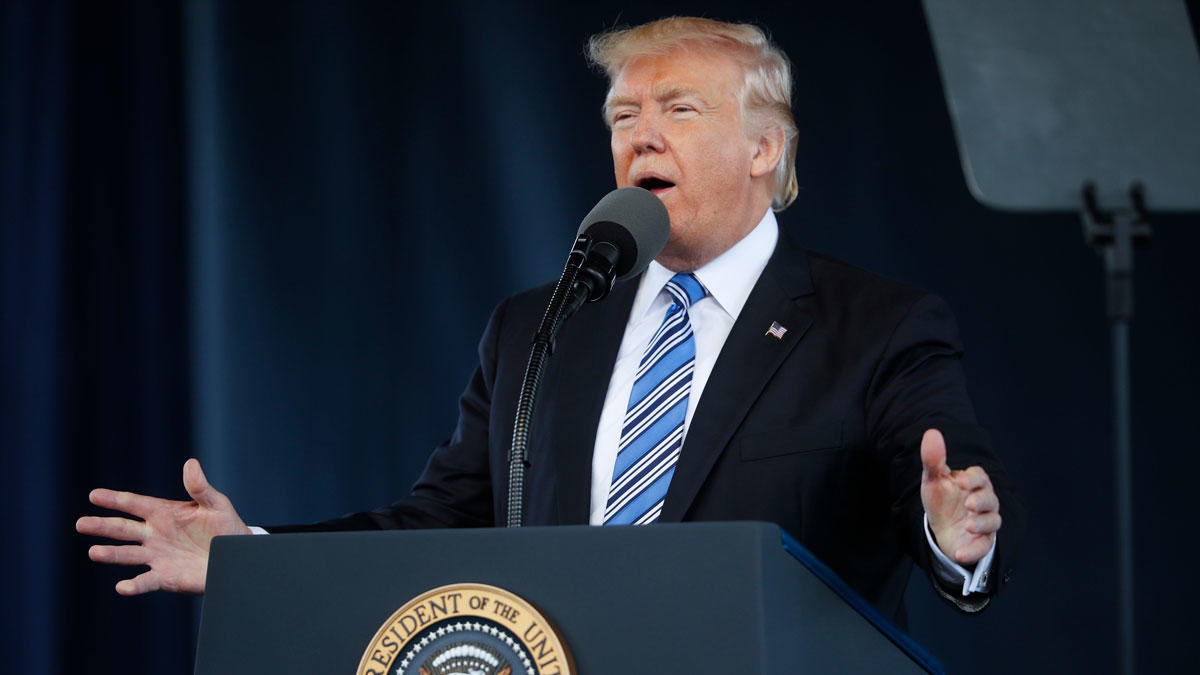 President Donald J. Trump spoke at Liberty University’s commencement ceremony on Saturday, and had some interesting things to say about this country, decidedly founded on secular documents that postulated the notion of freedom to worship however one pleases. Trump seems to have a different vision of America.

According to The Hill:

Speaking to a friendly crowd at the country’s largest Christian university on Saturday, President Trump told the graduating class that “in America, we don’t worship government, we worship God.”

“America has always been the land of dreams because America is a nation of true believers,” Trump told those gathered at Liberty University.

“When the pilgrims landed at Plymouth, they prayed. When the founders wrote the Declaration of Independence, they invoked our creator four times. Because in America, we don’t worship government, we worship God.”

“It is why our currency proudly declares, ‘In God We Trust,'” Trump continued. “And it is why we proudly proclaim that we are one nation, under God, every time we say the Pledge of Allegiance.”

Someone should tell the president, who often often boasted along the campaign trail of having attended an Ivy League school and being “highly educated,” that “In God We Trust” was not originally the U.S. motto, and that “Under God” was not originally part of the Pledge. Both additions occurred in the 1950s during the Red Scare, and neither addition reflects the original vision of the country as proposed by the founders. The original motto, “E Pluribus Unum,” is a secular motto that literally translates to “Out of Many Comes One,” celebrating the intellectual diversity and richness of the citizenry. The Pledge of Allegiance, even in its original form, was written much later than the country’s founding by a socialist who wanted to indoctrinate children into groupthink.

President Trump, who infamously misquoted scripture during his last appearance at Liberty, was invited back once again with open arms by the self-fancied premier college in America for Christian intellectual righteousness and thought.