SEOUL, May 14 (Reuters) – North Korea fired on Sunday an unidentified projectile from a region near its west coast, South Korea’s military said.

The nature of the projectile is not immediately clear, a South Korean military official said by telephone. 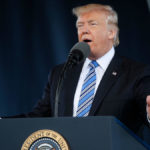 Trump, Speaking at Liberty University: “In America … We Worship God” 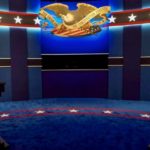 These Are the Rules of Debate: A Primer