Steven Crowder pulled no punches when taking on protesters at the University of Massachusetts.

This week comedian and conservative activist Steven Crowder, joined Milo Yiannopolous and Christina Hoff Sommers for a panel discussion regarding the “political correctness” of the regressive left.

The event was called “The Triggering,” and what transpired certainly lived up to the name. As soon as the panel started with Milo stating “Feminism is cancer,” triggered leftist protesters sought to disrupt the event by shouting down the next speaker, Christina Hoff Sommers. 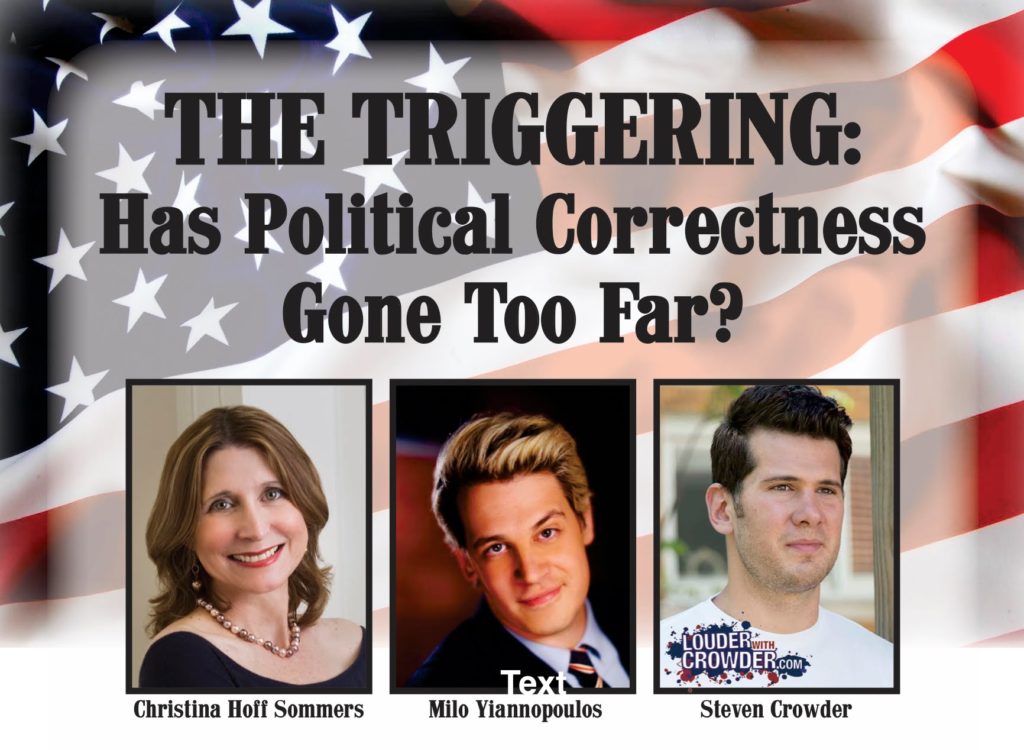 When it was finally Crowder’s turn to take center stage, he decided to use his time to make an example of the leftist protesters and their behavior. Springing up from his chair with gusto, he dressed down the moody college kids in a hilarious and quite insulting fashion by matching their outrage with his own.

So, sit back, grab some popcorn laced with butter or your drug of choice, and enjoy the show—that is, if your virgin ears can take it: