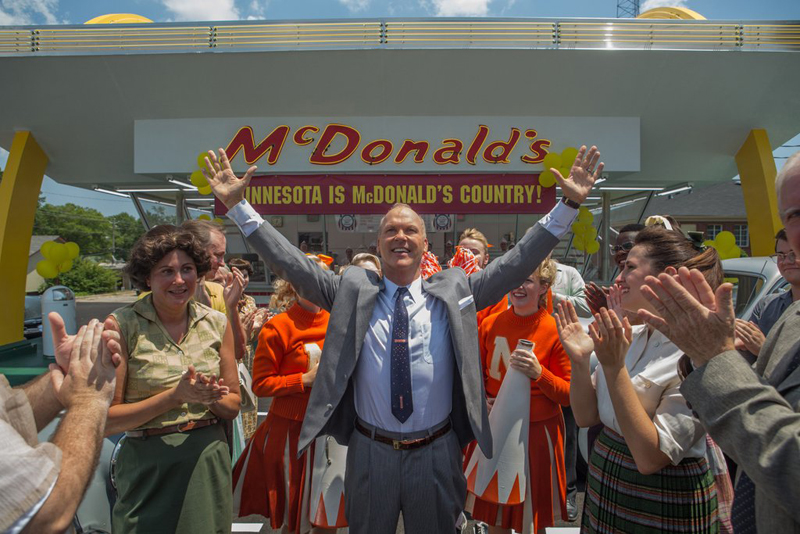 Due to be released this summer, The Founder tells the story of Ray Kroc and his acquisition of the McDonald’s fast food chain. The film delves into the contentious relationship between Kroc and the McDonald brothers who started the first restaurant and innovated the fast food service model. Kroc had a vision, the only thing standing in his way were the McDonald brothers.

The film casts Michael Keaton as the salesman turned entrepreneurial success story, in what looks to be a strong performance. It’s not known if Kroc will be played as a hero or a greedy corporate villain, however, in real life, the success of McDonald’s has been a positive force in the world.

Kroc saw the McDonald brother’s innovative model as a franchising opportunity. Eventually he would acquire the name, opening the first McDonald’s, Inc. restaurant in Des Plaines, Illinois. By the time of Kroc died in 1984, the chain had 7,500 outlets in the United States alone, with 31 other countries and territories. In 1983, the total sales of all its restaurants combined were more than $8 billion.

Ray Kroc’s story is about more than the biggest fast-food chain the world has ever known. Such success enabled his contributions to foundations which supported research and treatment of various diseases. He was also a major donor to the Dartmouth Medical School. His most well-known contribution is probably the establishment of The Ronald McDonald House Foundation . Their mission to “create a world where children have access to quality health care and their families are able to better comfort and support them while actively participating in their care” has helped millions of families since 1974 and can now be found in 60 countries and regions across the globe.