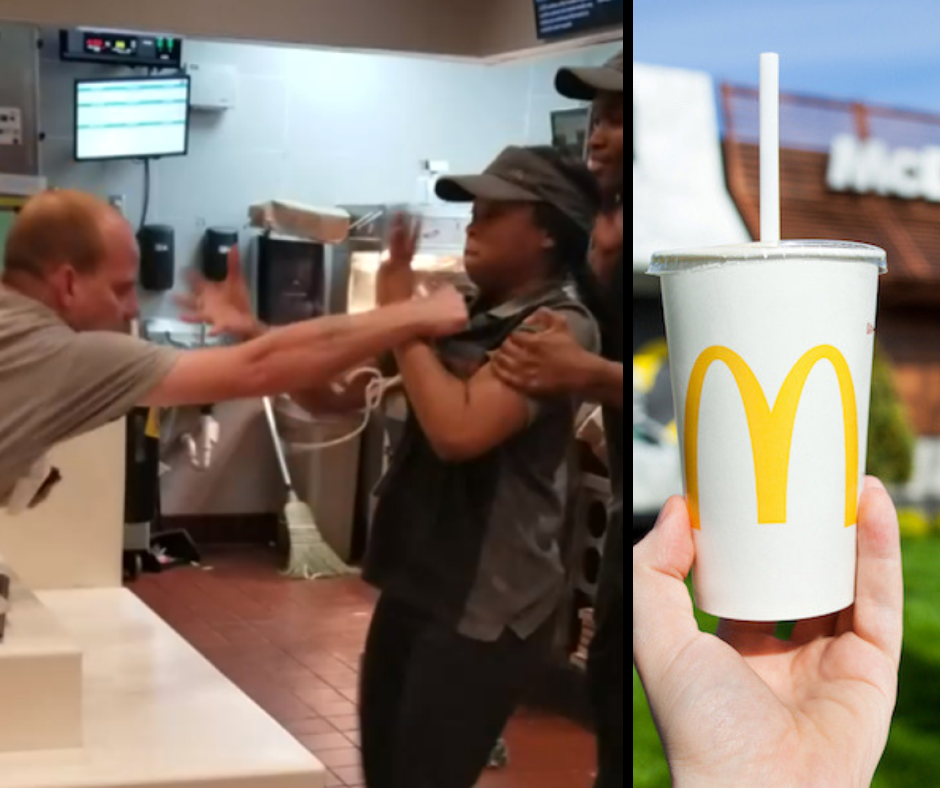 A few weeks ago, St. Petersburg (Florida) City Council voted to ban single use plastic straws as well as styrofoam. In Phase One for 2019, straws will only be available by request. The styrofoam begins this month. In Phase Two, on Jan. 1, 2020, the total ban kicks in.

The suspect in this viral video (see below) escalates his customer service issue to violence quickly. The much smaller female cashier repeatedly hits the much larger aggressor in self-defense.

“A 40-year-old man was arrested and charged with battery after an incident at a McDonald’s in St. Petersburg.

– Affidavit: Taylor also kicked another employee before being forced out

According to St. Petersburg police, Daniel Willis Taylor reached over the counter and grabbed McDonald’s employee Yasmine James by the shirt.

The St. Petersburg branch of the NAACP released a statement Wednesday afternoon about what happened.”

The organization said police levied the “appropriate charges” but said the manager and other employees “demonstrated a blatant disregard for Ms. Jones’, an African American female’s safety” and that it will “conduct a further review of the matter.”

Whether or not Taylor’s motivation was racism, straw ban anger, etc. or not there is no excuse for his behavior. Oddly, as pointed out by one Twitter user the victim’s manager appears to complete the attacker’s order.

A witness recorded the incident via cell phone:

A McDonald’s spokesperson stated, “Our highest priority is always the safety and well-being of our employees and customers at our restaurants.” — “We have been in contact with the police department and are fully cooperating with their investigation.”

5 Quotes That Show Why Elizabeth Warren Should Never Be President