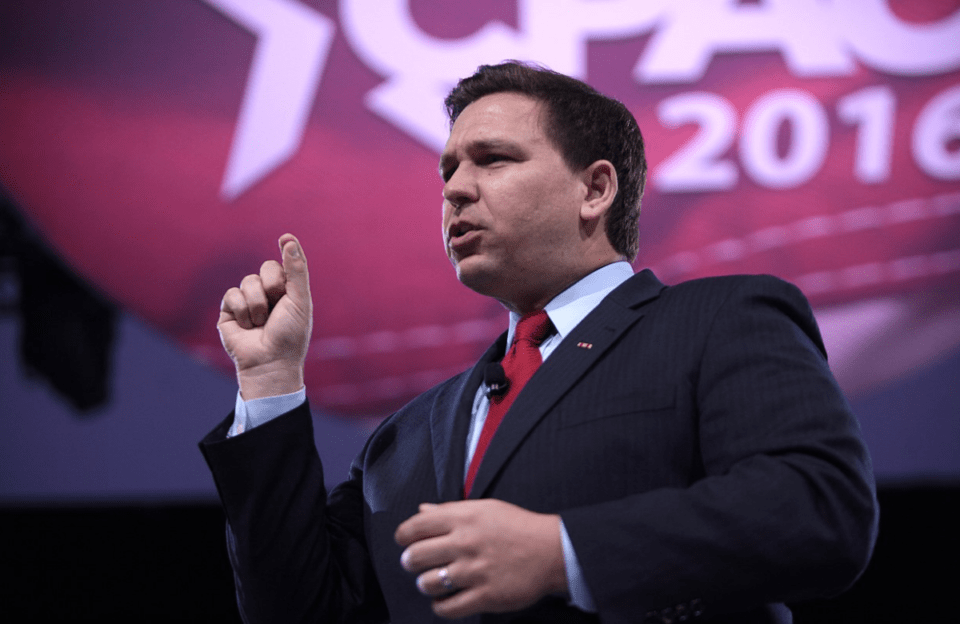 When Florida Gov. Ron DeSantis spent the last year resisting draconian COVID-19 lockdown orders, I applauded his commitment to individual liberty. But by signing HB1 a few weeks ago, DeSantis failed to honor that same commitment.

This so called “anti-riot” bill goes far beyond combating riots—it threatens Floridians’ constitutional rights, doubles down on overcriminalization, and empowers the governor’s office at the expense of local governments.

“A person commits a riot,” according to the legislation, “if he or she willfully participates in a violent public disturbance involving an assembly of three or more persons, acting with a common intent to assist each other in violent and disorderly conduct,” resulting in harm or the threat of harm to someone else’s person or property.

The language of this provision is so vague that it risks implicating anyone who shows up to a protest that turns violent. Say I drive to the state legislature with my friends to protest a tax hike, and five agitators also show up to the protest and start vandalizing the statehouse and shoving police officers. Under HB1, I could be convicted of a third-degree felony just because I “willfully participate[d]” in a demonstration that turned violent and involved those five bad actors.

I can just hear the inevitable response: “If you’re a peaceful protestor, wouldn’t you leave once the demonstration gets violent?” Well… no, not necessarily. This line of thinking also leaves ample room for sabotage. If someone wanted to silence peaceful protestors, they could send in a group of people to loudly talk about turning the protest violent, scaring the actual protestors into giving up and going home to avoid a rioting charge. A law that raises this possibility is one that erodes Floridians’ constitutional right to peaceably assemble.

The law also creates a new felony called “aggravated rioting.” Notably, this section would bump rioters up to a second-degree felony charge if they display a firearm. Florida does ban open-carry across the board, but violating that restriction is only a misdemeanor. Under the state’s new law, an aggressive prosecutor could send a protester who open-carries during a riot to prison for up to 15 years. Ramping up a protestor’s maximum sentence from 5 to 15 years just for bearing arms in public, instead of merely adding a brief misdemeanor sentence or fine, shows a flagrant disregard for the spirit of the Second Amendment.

America has a problem with feeding the beast of overcriminalization instead of more effectively enforcing the laws already on the books. While adding new felonies may seem like a satisfying response to pressing public safety issues, it frequently empowers prosecutors to pursue more severe charges for conduct that has nothing to do with the crimes the legislators intended the bill to address.

Imagine your son is going to college in Florida. He and two of his fraternity brothers get into an argument with three boys from another fraternity at their college bar, and the six of them end up going outside to fight. Their brawl, and the loud smack talk accompanying it, disturbs the residents on the street. Is this behavior appropriate? Of course not. Is it advisable? No way. But is it a riot? Also no. Nonetheless, HB1 would enable the state to charge them with a third-degree felony under this ostensibly “anti-riot” law.

This is not to say that actual rioting is acceptable. It isn’t. When rioters threaten people, smash in storefronts and steal property, their victims are entitled to justice. Fortunately, Florida already has plenty of tools in its legislative arsenal to prosecute the wrongdoers who commit those crimes. By signing this legislation in spite of that reality, DeSantis embraces the same outdated approach to crime as Joe Biden did in his regrettable 1994 crime bill.

Apart from its broad “anti-rioting” language, the bill also gives the governor’s office the power to unilaterally amend local law enforcement budgets if they include cuts to police funding. Even if you’re like me and you think “defund the police” is an unproductive slogan, surely you can still imagine a scenario in which a town might want to reduce its police force for logical, apolitical reasons. Maybe the area has gotten safer and the police chief realizes a disproportionate number of officers are still on patrol. This week, DeSantis decided to privilege his own opinion on police budgets over the judgment of local officials who intimately understand the situation on their streets. For someone who so often extolled the virtues of limited government while defending his choice to keep Florida open, signing this bill shows an unsettling willingness to centralize executive power.

I see how tempting it is to support any legislation that aims to confront lawlessness and property damage. Living in DC last summer, the dozens of boarded-up windows I saw during weeks of unrest made a strong impression on me. In spite of this impulse, libertarians and small-government conservatives should still find little cause for celebration of a bill that neglects Floridians’ constitutional rights and leads the state in a more interventionist direction.

I loved hearing DeSantis call his state an “oasis of freedom” at this year’s CPAC. If only he would follow through on that promise when bills on criminal justice reach his desk.

Rachel Altman is Regional Coordinator for Students for Liberty’s Deep South region, and a senior at Tulane University.