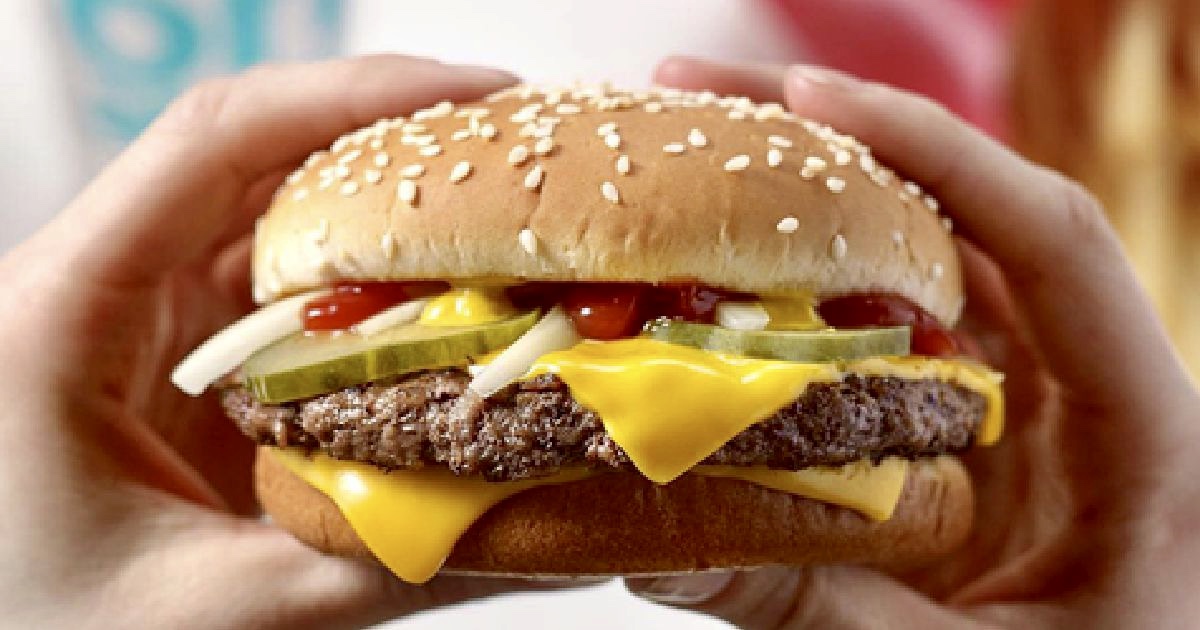 I lost ten pounds in the summer that I worked at McDonald’s, eating there all the time. Yet, people try to blame fast-food restaurants for their obesity. It’s one of the “myths about fast food” discussed this week in the Washington Post, which observes that “just eating burgers does not cause obesity.”

As that newspaper notes, this myth was based on the claim that poor people are getting fat because “junk food is cheaper when measured by the calorie, and that makes it almost essential for the poor because they need cheap calories ” Based on this perception, “the Los Angeles City Council banned new fast-food restaurants in South Los Angeles in 2008.”

But as The Post points out, “Studies and surveys show that fast food is most popular among upper-middle income brackets.” Indeed, “wealthier Americans – those earning $75,000 a year or more – are more likely to eat it at least weekly (51 percent) than lower-income groups,” according to a 2013 Gallup survey. “Those earning the least are the least likely to eat fast food weekly – 39 percent of Americans earning less than $20,000 a year do so.”

Moreover, “regular restaurants are not appreciably healthier than fast food joints,” according to a comprehensive 2015 study in the European Journal of Clinical Nutrition that compared fast food with full-service restaurants. And entrees at fast-food restaurants typically have fewer, not more, calories, than those at fast-casual restaurants.

In America, obese people have so far been unsuccessful in suing McDonald’s over their weight gain. But in Brazil, a judge in 2010 ordered McDonald’s to pay an overweight employee the equivalent of $17,500, after he gained 65 pounds over 12 years of working at the restaurant and eating its food for free. That was a truly strange ruling that disregarded the fat man’s personal responsibility for his eating habits.

While restricting fast-food restaurants in places like Los Angeles, government officials have sometimes subsidized sit-down restaurants whose food is no healthier. Pancakes with butter and syrup have less nutrition and more empty calories than a McDonald’s cheeseburger. But the Obama administration used federal funds to subsidize the opening of an International House of Pancakes in Washington, D.C.

Critics often have an overly negative view of McDonald’s food. To appease them, McDonald’s altered the contents of its Happy Meals, replacing some of their french fries, which do contain some vitamin C, with prepackaged apple slices that contain essentially no natural vitamin C (they do contain artificially-added vitamin C). But my daughter did not like the prepackaged slices. She said they tasted different from fresh apple. Such prepackaged apple slices lose virtually all of their natural vitamin C in processing. Even a fresh apple has far less vitamin C than a potato. A potato contains 40 percent of your vitamin C needs for the day, compared to about 10 percent in an apple, or 20 percent for a typical order of french fries.

Potatoes are highly nutritious, yet many people harbor irrational prejudices against them.

They have a lot more vitamin C, and at least as much potassium, as a banana. And a baked potato typically has only about 110 calories, similar to a banana.

Despite this fact, the Obama administration banned white potatoes from the federal WIC program in a 2009 regulation, a ban that was repealed in 2017 after policymakers realized that potatoes were a nutritious and economical food source.

In 2010, an NIH official foolishly urged an audience of parents to stock their refrigerators with apple sauce, as a way of ensuring that kids always have access to fruits and vegetables. She made this silly recommendation even though apple sauce is sugary and has no vitamin C (unless vitamin C is artificially added to it, since an apple’s natural vitamin C is lost when it is processed into apple sauce).

This article is reprinted with permission from Liberty Unyielding.

Hans Bader practices law in Washington, D.C. After studying economics and history at the University of Virginia and law at Harvard, he practiced civil-rights, international-trade, and constitutional law.

Will the COVID-19 Vaccine Work As Well in Patients With Obesity?