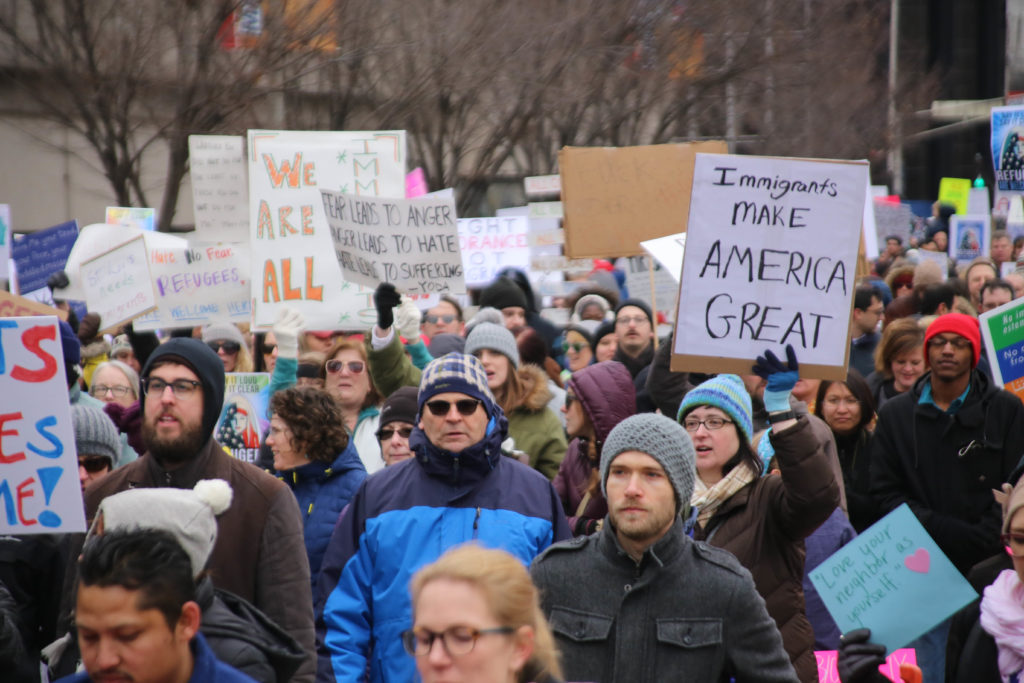 Immigration reform. A hotbed of controversy with valid issues and logical fallacies on all fronts.

Open borders is a valid proposition arriving at an inopportune occasion. Some argue that it is a clear threat to national sovereignty, while others argue it is necessary for truly free and open commerce between nations and individuals alike. From a libertarian perspective, it seems to me that the current debate poses a moral and ethical trap.

Milton Friedman knew what he was talking about when he argued that we as a nation can have either open borders or a welfare state, but not both.

Sustaining a welfare state and open borders simultaneously would spell the doom of our society inside of a generation as we would be flooded with unskilled migrants and our homelessness rate would spiral even further out of all conceivable control. This would not even be the worst of this catastrophe. It is a sucker’s play that we are pulled into this debate as our social safety net is more attractive to the third world than ever before with no audible discussion on it to be found in the mainstream.

The debate comes at a very poor time in our nation’s history. Americans are flooded with daily reports of larger and larger caravans of migrants, not only from South America and Mexico, but now even from Africa. We are greeted with reports of rumors seeded in impoverished third world communities of how easy it is to cross our borders and acquire welfare and food subsidies. These reports should get more attention than the caravans themselves.

Back in 2013, Judicial Watch reported on a scandal involving SNAP benefits being advertised south of the border at public expense. Since then, reports have occasionally surfaced of this being a recurring problem. This illustrates in bold relief the corruption of the left-wing side of the bipartisan Open Borders Lobby, which appears to desire both open borders and a welfare state. Clearly against the advice of Milton Friedman.

The carrot on a stick of SNAP benefits being exposed nearly a decade ago illustrates that reports of such aforementioned rumors could very well have a basis in reality as a coordinated effort.

In early July 2014, there was a minor debate in the Wall Street Journal about constitutional amendments guaranteeing open borders.  In the first article by L. Gordon Crovitz, he proposed an amendment reading simply,’There Shall Be Open Borders’. In the rebuttal by Joseph Hodonsky, it is added, ‘But No Free Lunches’. Mr. Hodonsky soberly observes that in our present climate, open borders is a sure-fire means to achieve a population competing with India or China virtually overnight.

The libertarian movement would be best served by avoiding this subject in favor of continuing to formulate arguments against the welfare state and how to maximize prosperity for all in anticipation of the day when the debate over national boundaries can be had without risking the creation of excessive strain on our social safety nets.

We who agree with what Rothbard and Friedman had to say on sovereignty and commerce need to step back and take stock of our social priorities before going down this deeply controversy-ridden path. A failure to do this could drastically undermine the viability of either, as warned decades ago by Milton Friedman.