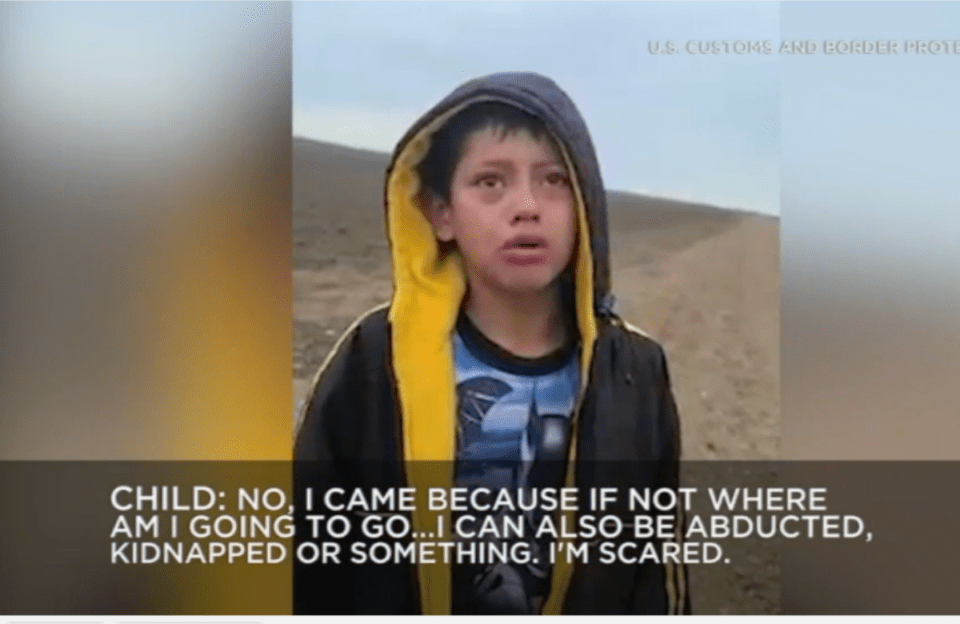 A group of illegal migrants left a 10-year-old boy behind in a rural area of Texas near the southern border Thursday morning, according to a Customs and Border Protection spokesperson.

The boy approached border officials crying and told them he entered the U.S. alone to turn himself in with a group of migrants, a Customs and Border Protection (CBP) spokesperson said in a statement. The boy, found to be from Nicaragua, was encountered near La Grulla, Texas, on a dirt road.

“Of course they left me,” the boy told the agent who found him, video shows. The boy told the official he came to look for help because he “didn’t know where to go, and they can also kidnap me.”

“Scenes like these are all too common, as smugglers continue to abandon children in desolate areas, with zero regard for their well-being,” a CBP spokesperson said.

The agent asked the boy if he was afraid and replied that he was, leading the agent to take him out of the area, video shows. The boy was transported to a Border Patrol facility where he was fed and medically screened, according to a CBP spokesperson.

“We have seen this occur more in recent months,” a CBP spokesperson told the Daily Caller News Foundation. “Some have phone numbers written on their shoes, shirts and other pieces of clothing.”

Just over 900 unaccompanied migrant minors were transferred from CBP to HHS custody Tuesday and 239 were released from HHS care, according to the Department. The boy will be transferred to the HHS Office of Refugee Resettlement, according to a CBP spokesperson.

CBP encountered over 100,000 migrants in February, including more than 9,000 unaccompanied minors, according to the agency.

Why States are Embracing iGaming